VOICE CONTROL: COMING SOON TO HOUSE NEAR YOU

[Technology★★]Voice Control: Coming Soon to a House Near You 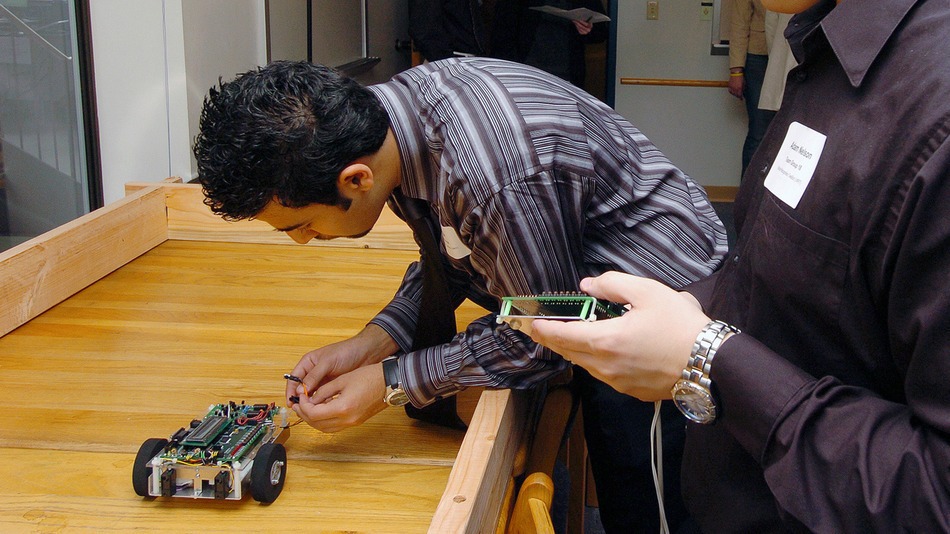 (P1) It’s not unusual to find yourself talking to an uncooperative appliance or gadget. Soon, though, it could be more common for those devices to actually pay attention.

(P2) A startup called Wit.ai plans to make it easy for hardware makers and software developers to add custom voice controls to everything from smartphones and smart watches to Internet-connected thermostats and drones.

(P3) While big companies like Apple and Google have their own voice recognition technology, smaller companies and independent developers don’t have the deep pockets required to create voice software that continuously learns from mountains of data.

(P4) Wit.ai, based in Palo Alto, California, is taking aim at the swiftly growing number of devices with small displays, or no screen at all, and at activities like driving and cooking, where you may want the aid of technology but don’t want to look at or touch a display.

(P5) And to give all kinds of developers access to a simple-to-use, always-learning natural-language service, the company is offering it free to those who agree to share their user data with the Wit.ai community. Collecting this data should help improve the accuracy of the system over time. (P6) “Everyone will benefit from that,” cofounder and CEO Alex Lebrun says.

(P7) Lebrun has been thinking about how to make something like Wit.ai work for a while. He previously founded and led VirtuOz, a company that spent months building Siri-like voice-controlled software for clients like eBay and AT&T (bought by the speech recognition company Nuance in late 2012, these days it goes by the name Nina Web).

(P8) With Wit.ai, developers type a handful of plain-English commands they want it to recognize, such as “Wake me up tomorrow at 6” or “Wake me up in 20 minutes,” and note what they want to accomplish through each command — in this case, set the alarm on a hypothetical voice-controlled smart watch. Wit.ai uses what it knows about language to figure out the different ways a command might be expressed. Then, when a user wants to set the alarm for a specific time, that person’s utterances are sent to a Wit.ai server, which analyzes the audio and sends structured data back to the gadget —here, the instruction to set the alarm for the proper date and time. A demo on the company’s site gives an idea of how this can work. Already, about 4,600 developers are using Wit.ai with things like mobile apps, robots, home automation, and wearable devices.

(P9) Nick Mostowich, a student at the University of Waterloo in Ontario, is one of them. At a hackathon last month at his school, Mostowich and his team used Wit.ai to add voice control to a toaster and microwave. Mostowich says they quickly put together a set of commands and targets that could be mapped to a list of recipes on a remote server, so a user could say something like “Cook me some bacon” and the microwave would turn itself on, set to the right power level and time.

(P10) Voice-powered bacon-nuking aside, there are still plenty of obstacles for Wit.ai to overcome. Like many similar systems that rely on the cloud, such as Siri, it’s not as quick to respond as it could be, and it can’t work if you don’t have an Internet connection. And while Lebrun says Wit.ai can also be used to varying extents in Spanish, French, German, Italian and Swedish, it’s still far better in English.

(P11) Lebrun believes that as more data is added to the system, the non-English languages will improve. And he hopes to enable developers to use Wit.ai online to build and train voice interactions and then download it so it can be used on, say, a smartphone, without needing an Internet connection. Instead, it could just occasionally check in with Wit.ai’s servers to update its learning.

Technology, Weekly_ArticleOctober 28, 2014
Comment [Technology★]This Study Reveals An Interesting Truth About How Men And Women Are Harassed Online (P1) The Pew Research Center on Wednesday released a study about online harassment. According to the study, which asked 2,849 people about different forms of …
END_OF_DOCUMENT_TOKEN_TO_BE_REPLACED

Business, Weekly_ArticleDecember 13, 2015
[BUSINESS ★★] ONE OF WORLD’S RICHEST MEN DETAINED BY CHINESE POLICE (P1) One of China’s richest men, Guo Guangchang, has been DETAINED by police. (P2) His company, Fosun International, confirmed on Friday that he was assisting authorities with an investigation. (P3) …
END_OF_DOCUMENT_TOKEN_TO_BE_REPLACED 1

Man Falls Down a Building

Life, Weekly_ArticleOctober 18, 2015
[LIFE ★] PEOPLE ARE DYING FOR SELFIES (P1) If 2014 was the year of the selfie, then 2015 took the art of self-photography to a new and dangerous level. (P2) People are, quite LITERALLY, dying to take a picture of themselves. …
END_OF_DOCUMENT_TOKEN_TO_BE_REPLACED 1