WHAT I LEARNED FROM THE WORST GUY I EVER DATED

A romantic relationship is something that no one ever fully understands. When describing them, you wouldn’t call a “date” an “appointment” and you wouldn’t say your date was “cancelled” if you were “stood up”!

How can you transform your sets of phrases to be more conversational? Practice relationship-related expressions like flame out, flirt with, cut someone down, temperamental, tantrum, vent about with a friendly Cambly tutor!

[Life★★★] What I Learned From the Worst Guy I Ever Dated 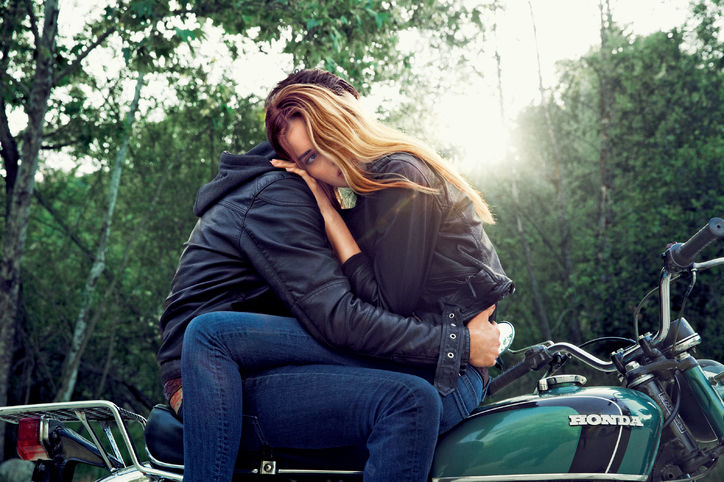 You know you’ve had one. So what did he teach you?

(P1) “Attempting to drink myself into coma at an airport hotel. The &%$!-head didn’t show.”

My friend Hannah* was texting me from Australia, where she’d flown (22 hours!) to reunite with her long-distance boyfriend. It was 3:00 A.M. in Sydney. This wasn’t good.

Hannah, 27, was a bit of a wounded soul who had a tendency to attract players. She had confided enough worrisome details about the Australian banker that I’d long suspected heartbreak was coming: He had “complicated feelings” for his runway-model ex and often referred to Hannah as his Friend With Benefits. Worst of all, she admitted, he made her cry “sometimes…OK, a lot.” But there was something about him—an action-hero, try-anything-twice dauntlessness—that she couldn’t resist. Hey, I was no fan of the guy, but even I could see it.

(P3) Hannah woke up the next afternoon with a hangover—and a determination to have an Australian adventure all by herself. “As much as I hated him,” she told me recently, “I can see now that if it weren’t for all the crazy stuff he challenged me to do, like skydiving and traveling to places with no plumbing, I would’ve gone right back to work, crushed. I still cried for three weeks, but I did it while driving solo around New South Wales with the windows down. I have to thank him for that.”

(P4) It’s true. The Hannah I know today is confident and adventurous, not the delicate flower she was before what we now call “the Aussie affair.” And she’s with a guy who shows up for her—not just at the airport but emotionally too.

(P5) A disastrous relationship, whether it flamed out years ago or is still in progress, can hold invaluable lessons. Here, five women share what they learned from the worst guy ever:

(P6) I LEARNED THAT… A good partner wants you to succeed.

“I had always dreamed of being a comedian, and I was flattered when Paul, the manager of a comedy club where I was interning, asked to hear my material. Pretty soon we were writing jokes together, then dating. But the more I succeeded, the more he criticized me—and the more he flirted with other girls. I even wondered, If I focus less on my career, more on Paul, would things be right again? One morning I called my mother and sobbed about how bad my relationship was. She said, ‘Natalie, you said you weren’t happy. That’s all you need to know.’ I broke up with him that day. As terrible a boyfriend as he was, Paul taught me that any guy who cuts me down for dreaming big is not the one for me.” —Natalie, 26

(P7) I LEARNED THAT… How a man treats his mom matters.

“I dated a lawyer who had a temperamental relationship with his mother. He told me that when he got accepted to law school, she gave him a treasured copy of Black’s Law Dictionary, handed down to her from her father, who got it from his father. But then, after he and his mom had a huge argument, he tore up the pages in front of her. He told me this like he was proud of it, like he had stood up to her. I wrote it off as family dramatics, but the more we dated, the more he revealed his irrational, tantrum-y side to me. One evening, as we were making dinner, I made a little suggestion and he threw a bag of cranberries on the floor—splattering red everywhere—then walked out and left me to clean up the mess. I finally realized that how a guy treats his family is a pretty good indication of how he’ll treat you.” —Anna, 31

(P8) I LEARNED THAT… We seek the love we think we deserve.

“I met Bob when I was 22, and fell hard. He was a macho, messed-up guy: He ate raw eggs. He shot himself in the thigh with steroids. He drank Bud Light while lifting weights and wore his hat backward. But when two broken people get together, it’s not a resurrection of Jerry Maguire—no one completes anyone. You both just tear each other apart in new and awful ways. He slept with a coworker. I accepted his marriage proposal and then rejected it. One night while we were driving, I finally called us quits. Bob pulled over, took out a gun from under his seat, and said if I broke up with him, he would kill himself. Long story short, I called 911, the cops came, and Bob is still alive; our relationship, thankfully, is not. If I could offer my 22-year-old self some advice, I’d tell her: (1) Go for nice, not passion. Drama works only in the movies. Nice lasts. (2) Threats and intimidation should never be part of a relationship. Really, it’s violence. (3) Do not date anyone who eats raw eggs, shoots himself in the thigh with steroids, or drinks Bud Light while lifting weights.” —Lizzie, 35

(P9) I LEARNED THAT… A man will always tell you who he is. All you have to do is listen.

“On our first date I asked Alan, ‘What would your exes say about you?’ He twisted his face and said, ‘That I’m mean.’ I should have ditched him then and there. But my thinking was, I’m different—this sexy, chivalrous guy wouldn’t be mean to me. Then, several months into our relationship, I got a scarily heavy period and rushed to the ER to find out that I was having a miscarriage. When I called Alan, he didn’t pick up, didn’t return my panicked voice mails, and I went through a terrible night in the ER without a shoulder to cry on. Five days later he showed up with a dozen roses and a string of dog-ate-my-homework excuses: His phone died. He overslept…I threw the roses in the trash and told him to leave and never come back. The truth is that Alan told me who he was on day one; I was just too wrapped up in my fantasy of who he was to listen.” —Jennifer, 34

(P10) I LEARNED THAT… Your love life shouldn’t be a project.

“My first boyfriend out of college was going through a divorce and working long hours as a corrections officer. Every night after his shift ended, I would listen to him vent about work; in return he gave me… nothing. He never asked me about my day or how I was feeling. I told myself that he wasn’t a bad person, just a bad boyfriend; I was sure he’d change if I stuck around long enough. Then one day at 6:00 A.M., he called me, crying, because he’d gotten a DUI. When I picked him up, I realized how pathetic I was. I had a master’s degree and was dating a balding man-child who drove drunk and didn’t make time for me. I broke up with him that week. I’m happy to say that I’m now with a guy who looks out for me as much as I do for him. He isn’t a project; he’s a partner.” —Kate, 25

Real women say, “I knew he was a keeper when…”

“…I was homesick and he showed up at my apartment with a framed picture of my hometown, Detroit.” —Chelsea Appleby, 28

“…he called my mom to wish her a happy Mother’s Day. It was the first year we were together. She’d just texted him, so it was totally natural, but I hadn’t even called her yet!” —Abbie McCoy, 26

“…he teared up at his gran’s birthday. He sees his mum and gran as strong and accomplished; I feel so fortunate that he thinks I’m worthy of that esteem too.” —Kelly Pirie, 31

Culture, Weekly_ArticleOctober 28, 2016
[Culture ★]   (P1) One morning, John Sullivan found himself walking along a street downtown. He could not explain what he was doing there, or how he got there, or where he had been earlier. He didn’t even know what …
END_OF_DOCUMENT_TOKEN_TO_BE_REPLACED

Weekly_ArticleNovember 28, 2015
[CULTURE AND ENTERTAINMENT ★★] ERNEST HEMINGWAY BOOK NEWLY POPULAR AFTER PARIS ATTACKS (P1) IN THE WAKE OF the November 13 Paris attacks, Ernest Hemingway’s classic book “A Moveable Feast” has become a SYMBOL of life in the French capital, climbing to …
END_OF_DOCUMENT_TOKEN_TO_BE_REPLACED 1

Weekly_ArticleApril 9, 2016
[Food ★★] (P1) Meet the so-called King of Kebabs, the Royal. It’s new to London, and you can get a very good and very expensive kebab there. It costs 925 pounds and its creator says that it is worth every …
END_OF_DOCUMENT_TOKEN_TO_BE_REPLACED 1