THE LONG AWAITED ENCOUNTER WITH PLUTO

THE LONG AWAITED ENCOUNTER WITH PLUTO 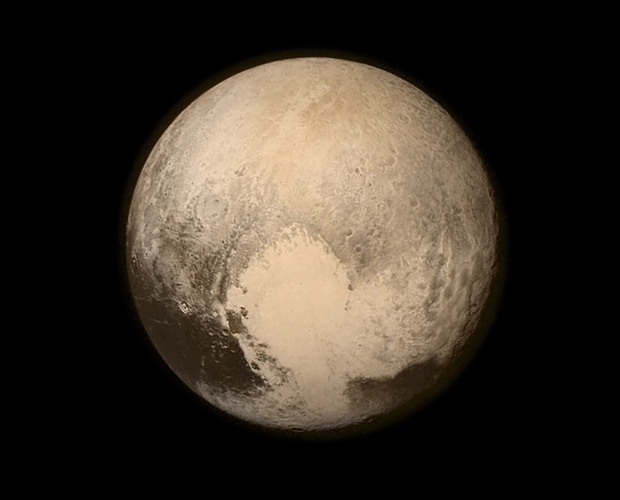 (P1) If all goes ACCORDING to plan, by Tuesday at 8 a.m. Eastern Time, the best images of Pluto ever taken will be sitting safely in the computer memory of the fastest moving spacecraft in history as it HEADS OUT of the solar system.

(P2) But no one will know until Tuesday night whether those images exist or whether NASA’s New Horizons PROBE even survived BARRELLING past Pluto at 50,000 kilometres per hour. At such a BREAKNECK VELOCITY, a DRIFTING SPECK of GRIT the size of a GRAIN of sand could easily prove FATAL to the two-metre-wide spacecraft if it’s hit in the wrong place.

(P3) Mission scientists say the chances of such a strike are less than one in 10,000.

(P4) “It’s a MEASURED risk,” said PRINCIPAL INVESTIGATOR Alan Stern during a news BRIEFING Monday at the Johns Hopkins University Applied Physics Laboratory in Laurel, Md., where the mission is based.

(P5) Even so, those FAVOURABLE ODDS have not DIMINISHED the note of ANXIETY mixed in with the ANTICIPATION as researchers AWAIT their first post-encounter contact with New Horizons, scheduled for 8:53 p.m. on Tuesday.

(P6) That CRUCIAL link will last only about 15 minutes, not long enough to download any science data, but it will at least allow scientists to ASSESS how much data is there. The spacecraft will then ORIENT itself back toward Pluto to ACQUIRE more images and measurements as it rapidly RECEDES from Pluto and its moons, TAKING ADVANTAGE OF what many here are calling a ONCE-IN-A-LIFETIME opportunity to study the solar system’s most ENIGMATIC world.

(P7) “There’s no DRESS REHEARSAL,” said Ralph McNutt, a NASA scientist and co-investigator on the mission. “You know you’re going to do this once and you’ve got to do it right.”

(P8) On Monday, with the closest APPROACH still to come, scientists were PORING over images of Pluto and its large moon Charon that were taken over the weekend.

(P9) The images show the northern region of Pluto covered in a bright, FROSTY polar cap and other measurements have CONFIRMED the presence of frozen nitrogen and METHANE there. With a surface temperature of less than -220 C, it’s not a surprise to see some of the gases that make up Pluto’s thin atmosphere freezing out near the poles.

(P10) Pluto also has a ZONE of darker-looking material around its EQUATOR and there are signs of what could be circular CRATER rims and cliffs there.

(P12) Charon FEATURES a PROMINENT dark SPLOTCH at its north pole, causing some researchers to SPECULATE that the dark material may somehow be drifting from Pluto and SPUTTERING onto its moon, about 12,500 kilometres away. New Horizons will pass that same distance from Pluto and about twice as far from Charon at closest approach. The spacecraft carries a SPECTROMETER that should help scientists identify the nature of the dark features on both worlds and better PIN DOWN their ORIGINS.

(P13) While many scientists are REVELLING in what they are seeing, some are RESERVING JUDGMENT on exactly what all the new features mean until they see the CLOSE-UP images, the first of which are expected on Wednesday.

(P14) “Science ON THE FLY often proves to be wrong,” said Dr. Stern, who added that it was both exciting and SURREAL to finally be looking at Pluto at the CULMINATION of New Horizons’ 9 1/2-year journey.

(P15) One new result that can now be ASSERTED with confidence is Pluto’s size, which astronomers had been unable to measure PRECISELY New Horizons has revealed Pluto to be 2,370 kilometres across, give or take 20 kilometres. That makes it – OFFICIALLY – the largest object beyond the orbit of Neptune.

(P16) In 2006, the International Astronomical Union declared that Pluto was no longer to be DESIGNATED a planet because some of the other icy bodies that ORBIT the sun even farther out appeared, at that time, to be even larger than Pluto.

(P17) “I think we’ve got to get used to the fact that there are many [more] planets in the solar system,” Dr. Stern said.

Philippines to split from the USA

Weekly_ArticleOctober 31, 2016
[World News ★★] (P1) The Philippines president Rodrigo Duterte said his country will move away from the USA and work with China. Mr. Duterte might also get closer to Russia. He said: “Maybe I will talk to Putin and tell him …
END_OF_DOCUMENT_TOKEN_TO_BE_REPLACED 1

WHAT I LEARNED FROM SPENDING 31 DAYS UNDERWATER

TED, Weekly_ArticleNovember 11, 2014
How would it feel like to live in a deep ocean? Fabien Cousteau talks about his underwater adventure in a TED talk. Practice new expressions like wondrous, hold secret, gauge, predator, prey, in the blink of an eye and describe the ecology of …
END_OF_DOCUMENT_TOKEN_TO_BE_REPLACED

Rio 2016: Cuban boxers look to dominate in the ring

Weekly_ArticleAugust 17, 2016
[Sports ★★★] (P1) A dominant force in the Olympics boxing ring, Cuba will find it tough to maintain supremacy against professional boxers. (P2) Professional boxers are competing at the Olympics for the first time after the international boxing association, AIBA, …
END_OF_DOCUMENT_TOKEN_TO_BE_REPLACED 1