BULLYING IS A BID FOR STATUS

BULLYING IS A BID FOR STATUS 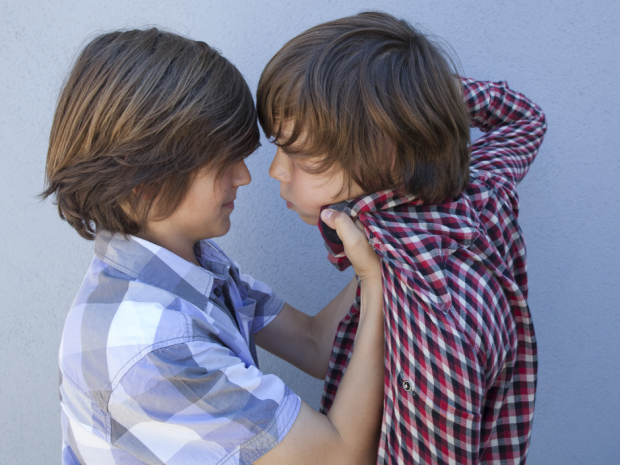 (P1) A just-published Canadian study has added HEFT to a PROVOCATIVE new theory about bullying: that the behaviour is LITERALLY in the genes, an inherited TRAIT that actually helps build social rank and sex appeal.

(P2) If accepted, the HYPOTHESIS rooted in EVOLUTIONARY PSYCHOLOGY could transform how schools confront the PERSISTENT problem.

(P3) Conventional wisdom has long suggested that bullies are “MALADAPTED,” troubled people, LASHING OUT because they had been abused or HARASSED themselves or at least had DYSFUNCTIONAL home lives.

(P4) But researchers at Simon Fraser University surveyed a group of Vancouver high school students and found bullies were the least likely to be depressed, had the highest SELF-ESTEEM and the greatest social status.

(P5) “Humans tend to try to establish a rank HIERARCHY,” says Jennifer Wong, the criminology professor who led the study. “When you’re in high school, it’s a very limited arena in which you can ESTABLISH your rank, and CLIMBING THE SOCIAL LADDER to be on top is one of the main ways … Bullying is a tool you can use to get there.”

(P6) Most anti-bullying programs try to change the behaviour of bullies — and they usually don’t work, says Wong, who reviewed the literature on program OUTCOMES for her PhD thesis. That’s probably because the behaviour is biologically HARD-WIRED, not learned, she says.

(P7) Wong recommends that, instead of trying to change how bullies think, schools expand the range of competitive, supervised activities they can participate in — giving them a less harmful CHANNEL for their dominating tendencies.

(P8) Indeed, fascinating research involving another Canadian expert offers some support for that idea. A pilot project at an Arizona school sought to steer students identified as bullies into high-status “jobs” — like being the school’s front-door greeters — to focus their aggression on something less harmful.

(P9) Bullying fell “DRAMATICALLY” in its WAKE, says Tony Volk, a Brock University psychologist who helped PIONEER the genetic theory of bullying and took part in an upcoming study of the Arizona project.

(P10) Meanwhile, separate research Volk is working on offers more evidence BOLSTERING the concept: the bullies among 178 teenagers surveyed by the professor and his colleagues got more sex than everyone else.

(P11) “The average bully isn’t particularly SADISTIC or even deeply ARGUMENTATIVE,” he says. “What they really are is people driven for status.”

(P12) The hypothesis may be a hard sell in the anti-bullying world, however, where the notion that many people bully because it is in their nature — and can’t be easily changed — is TROUBLESOME.

(P13) Rob Frenette, co-founder of the ADVOCACY and support group Bullying Canada, says he has yet to ENCOUNTER a bully who did not have some UNDERLYING issue — such as violence at home — that was a likely environmental TRIGGER for the bullying.

(P14) “This is kind of STEPPING BACKWARD and that’s concerning,” he said of Wong’s study. “I don’t want parents who have a child who is considered a bully to think, ‘Well, it’s something they’re born with and there’s nothing we can do to adjust their behavior.’ ”

(P15) Frenette, who has CEREBRAL PALSY, knows bullies, literally. For more than 11 years, he was a frequent VICTIM, receiving DEATH THREATS, being pushed down stairs and once having the back of his neck burned by girls on a school bus.

(P16) At Bullying Canada, he sees the STAGGERING SCOPE of the problem. The group’s 24/7 support line FIELDED a 312,000 calls and 86,000 emails last year from bullying victims and their parents.

(P17) But the type of bullies Frenette CITES, and that often are the public face of the problem, form a separate category, well-defined by psychologists, called bully-victims, says Volk, the St. Catharines, Ont., professor. They are the ones who are troubled themselves and STRIKE OUT in visible, BLATANT ways that quickly come to the attention of authorities, he said.

(P18) Evidence indicates it is the “pure” bullies, however, who account for 80-90% of bullying, yet are more socially ADEPT, more popular and FLY MORE UNDER THE RADAR, says Volk.

(P19) They are the focus of the evolutionary psychology theory, which says bullying is an ADAPTIVE behavior, a genetic EDGE to gain better sexual opportunities, physical protection and mental health. Or, as the title of Wong’s paper puts it, “survival of the fittest and the sexiest.”

(P20) Wong and student Jun-Bin Koh surveyed 135 teenagers from a Vancouver high school. A standard questionnaire – asking things like how often they were “hit, kicked or shoved” – divided the students into the categories of bully, BYSTANDER, victim, or victim-bully.

(P21) Some of the differences were not statistically significant, but bullies — about 11% of the group — came out on top on three main outcomes: they scored highest on self-esteem and social status and lowest on depression, says Wong’s paper in the Journal of Interpersonal Violence.

(P22) She admits the research is less than DEFINITIVE, but is now hoping to repeat it with a much larger SAMPLE SIZE and more statistical power.

(P23) Still, Wong recommends a RETHINKING of how schools tackle bullying, saying that MERELY punishing the PERPETRATORS not only fails to work, but in some cases ENHANCES their status.

(P24) She CONCEDES, however, that some educators are likely to “VEHEMENTLY” oppose her suggestion of channeling bullies into “PRO-SOCIAL” behavior by adding more competition into schools.

(P25) Frenette certainly rejects the argument that existing programs are not working. They may not be perfect but they do help, and reports of bullying are decreasing across the country, he said.

(P26) On the other hand, at a time when society was less ATTUNED to the bullying problem, those girls who burned his neck faced no REPERCUSSIONS — and seem to have changed little since, he says. One was recently charged by police with a SLEW of criminal offences.

(P27) Volk does not believe bullies are exactly “hard-wired,” more that they have a genetic PREDISPOSITION, which could be COUNTERED by changes in their environment. Changes like giving them ways to more positively channel their aggressive BENT.

(P28) “These kids aren’t stupid, they know what they’re doing, they’re doing it for a reason,” he says. “We’re not saying give up on punishment necessarily, but what about THE CARROT?”

Weekly_ArticleAugust 1, 2015
[SPORTS ★] WATER POLLUTION IS A BIG ISSUE FOR THE RIO OLYMPICS (P1) The 2016 Summer Olympics KICK OFF in Rio de Janeiro, Brazil, in a little over a year, marking the first time the games will be hosted by a …
END_OF_DOCUMENT_TOKEN_TO_BE_REPLACED 1

Weekly_ArticleMay 14, 2015
[WORLD NEWS★] FALLING TO EARTH: UNMANNED RUSSIAN SPACECRAFT ‘HAS NOWHERE ELSE TO GO’ (P1) An unmanned Russian cargo spacecraft ferrying supplies to the International Space Station is plunging back to Earth and apparently out of control. (P2) The Russian space agency is trying …
END_OF_DOCUMENT_TOKEN_TO_BE_REPLACED 1

Man Gets a New Face

Science, Weekly_ArticleJune 16, 2016
[Science ★] (P1) A man has a bad accident. The accident destroys his face. He feels very bad about how he looks. (P2) A second man is in a car accident. He dies. His family donates his face to the first man. …
END_OF_DOCUMENT_TOKEN_TO_BE_REPLACED 1

Technology, Weekly_ArticleNovember 1, 2015
[TECHNOLOGY ★] MOBILE TECHNOLOGY IS CHANGING MYANMAR (P1) U Myint Kyaw Thu says he wanted to make games since he was a five-year-old playing Nintendo. (P2) But growing up in Burma, now Myanmar, there was no Internet and PRECIOUS FEW mobile …
END_OF_DOCUMENT_TOKEN_TO_BE_REPLACED 1