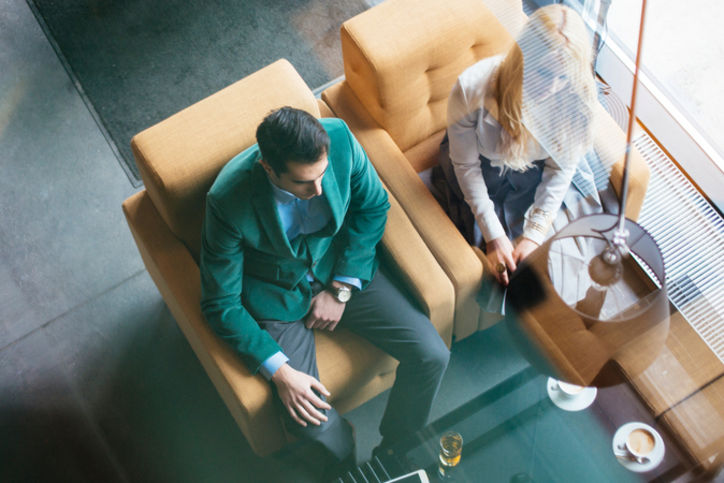 (P1) A recent OP-ED in The New York Times titled “The FUTILITY of Couples Therapy” has SPARKED a lot of conversation. Maybe that’s because we all know a couple who has tried therapy, or maybe we’ve even been that couple. We also know that while some unions are strengthened (or at least lengthened) through some time on a therapist’s couch, others fail. The author of the op-ed, Melissa Fletcher Stoeltje, was in the former category: Her marriage survived. And yet, the very title of the article suggests that the years she and her husband spent in therapy don’t deserve credit for the fact that she and her husband are still together.

(P2) Fletcher Stoeltje isn’t the only one with MIXED FEELINGS. There have been numerous other articles debating the EFFICACY of couples therapy, including one which stated that 25 percent of couples were worse off two years after therapy than they were when they started, and that 38 percent of couples had divorced four years POST-therapy.

(P3) What exactly is going on?

(P4) One thing we know: Marriage itself is declining.

(P5) It’s not yet known if marital therapy is becoming less common, but marriage itself certainly is. “The rate of marriage has steadily decreased since the 1960s,” says Kat Van Kirk, Ph.D., a clinical SEXOLOGIST and marriage and family therapist. Because of this, there has possibly been less therapy specifically for married couples and more of “a broad range” of therapy for couples in longer-term relationships, according to Van Kirk.

(P6) There is one type of therapy that’s been more successful than others.

(P7) “Emotionally Focused Therapy (EFT) is the form of therapy that has the most DOCUMENTED success. There also seems to be a SURGE now in couples’ COACHING. The only issue with the term ‘coaching’ is that it may be practiced by individuals that do not necessarily have any CREDENTIALS,” says Van Kirk. If that works for you, great, but if you want someone who is a licensed marital and family therapist, be sure to check his or her credentials before you make an appointment.

(P8) One person can go to therapy without his/her partner, and that’s often the LAST RESORT.

(P9) “Funny enough, it is possible to do some forms of couples’ therapy with just one of the partners,” says Van Kirk.

(P10) But couples therapy is not as likely to be successful if one partner is MIA.

(P11) “In general, therapy does tend to be more successful if partners are fully engaged and willing to make small changes in behavior and communication,” says Van Kirk. As most of us have seen among our own friends and in our own relationships, it’s rare that both partners are fully engaged and willing to make changes during times of struggle. If they’re not even willing to show up for therapy, it’s not too likely that they’ll be willing to put in the effort needed to REMEDY a major relationship issue.

(P12) The partner who goes to therapy needs individual support, regardless of the OUTCOME.

(P13) Whether or not the relationship can be saved, an individual going through a tough time needs support, and therapy can provide that.

(P14) The TAKEAWAY? Therapy is not a GUARANTEE that your relationship can be saved, but if you both have an equal interest in making progress, and you can afford it, then it’s certainly worth a try. At the very least, if you’re the interested PARTY, going to see a therapist can potentially help you through whatever TRANSITION is happening in your relationship.

Entertainment, Weekly_ArticleJune 22, 2016
[Entertainment ★] (P1) Disney opens a theme park in Shanghai, China. It has a grand opening ceremony. Many people come. Disneyland is a big investment. It costs 5.5 billion dollars to build. (P2) China is becoming a better and better place for investment. This is …
END_OF_DOCUMENT_TOKEN_TO_BE_REPLACED 3

Science, Weekly_ArticleNovember 23, 2016
[Science ★] (P1)People want to go to Mars. One million people can live on Mars in 2060. Elon Musk says this. (P2) People make a model of a house. Houses like this can be on Mars. You can see the model in …
END_OF_DOCUMENT_TOKEN_TO_BE_REPLACED 1

People get tattoos in Thailand