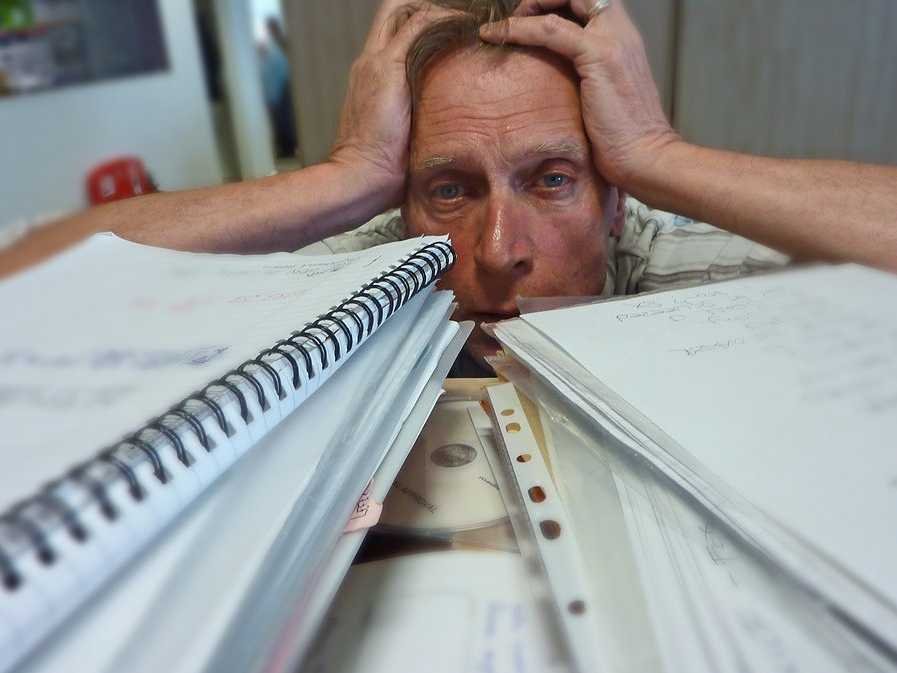 (P1) Checking emails at home is just part of the job for most Americans, who would also prefer to receive money rather than more paid vacation or sick days, according to a poll.

(P2) More than half of adults questioned in a 60 Minutes/Vanity Fair survey said checking emails outside office hours was ROUTINE, compared to 38 percent who said it was unnecessary.

(P3) But younger Americans were more willing to remain connected to work issues at home. Nearly 70 percent of employees under 30 years old said it wasn’t a problem but the number dropped to 52 percent for workers 30 and older.

(P4) “Americans are definitely WORKAHOLICS,” Cullen Murphy, editor-at-large for Vanity Fair, said in an interview. “Maybe the overall message of this poll is that there is a kind of BEDROCK faith in the idea that working hard pays off.”

(P5) Most Americans, given the choice when starting a new job, said they would prefer an extra $20,000 rather than four more weeks of vacation. Only 32 percent would OPT for the extra time.

(P6) Sixty three percent of U.S. workers said they would choose getting paid for leftover sick days, rather than having time off for them.

(P8) If Americans did have some SPARE TIME, 30 percent said they looked for work to do to occupy themselves and an equal number said they used the free hours to exercise.

(P10) Only 20 percent said they would use the free time to read.

(P11) If Americans could choose which kind of additional time off they could have, 26 percent said they wished they could take more vacations without kids and 23 percent would prefer more maternity/paternity leave.

(P12) But perhaps the most TELLING question in the poll was the choice of which animal was most like them. More than half selected worker bee, over butterfly or shark, and only four percent identified with SLOTH.

DIFFERENT OPINIONS ABOUT THE USE OF DRONES

Opinions, Weekly_ArticleAugust 22, 2015
[OPINION ★★] DIFFERENT OPINIONS ABOUT THE USE OF DRONES (P1) Any drone capable of EXCEEDING 400 feet in the air should be registered upon purchase, and the owner/user should be required to attend and pass a safety class. (P2) I personally …
END_OF_DOCUMENT_TOKEN_TO_BE_REPLACED 1

Weekly_ArticleJuly 10, 2015
[WORLD NEWS ★★] CUBA AND UNITED STATES ARE RE-ESTABLISHING EMBASSIES (P1) It only took 50 years, but the Cuban-American community of New Jersey is finally getting what they want from the federal government. (P2) President Barack Obama announced in a statement Wednesday that the U.S. …
END_OF_DOCUMENT_TOKEN_TO_BE_REPLACED 1

Culture, Weekly_ArticleJanuary 5, 2017
[Culture ★★] (P1) Chinese New Year is a very special time for many people. It is also called Spring Festival. The Chinese New Year always happens after January 1. This is because the Chinese used a different calendar long ago. As a …
END_OF_DOCUMENT_TOKEN_TO_BE_REPLACED 2