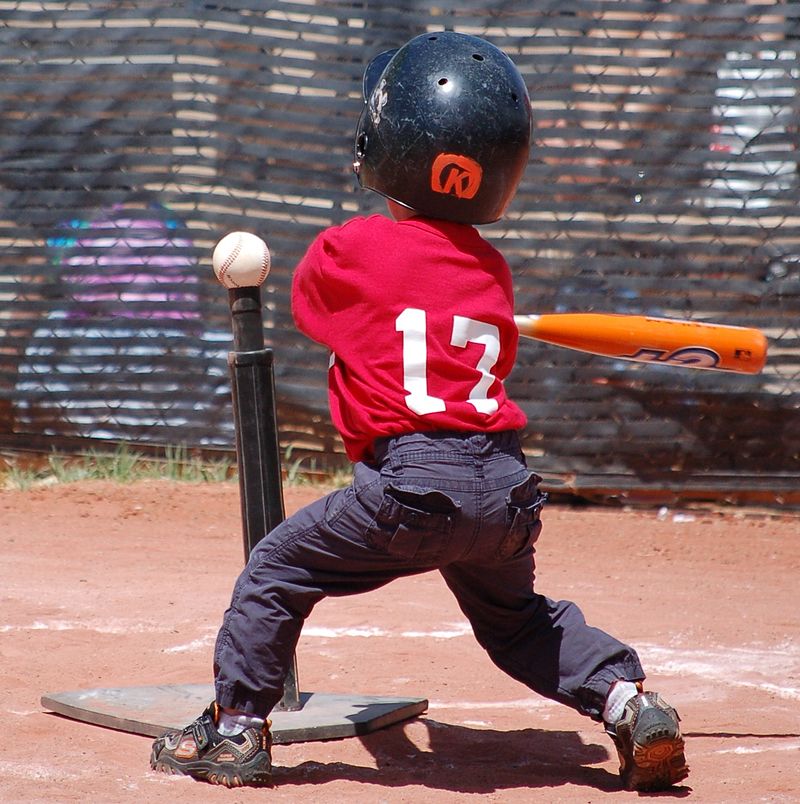 (P1) My son never played T-BALL. And I absolutely refused to sign him up for the 6-and-under soccer and football leagues. All those kids running around like MANIACS DECKED OUT in the latest sports gear, with LUNATIC parents screaming like they were at the Super Bowl, and well-meaning but confused volunteer coaches who know nothing about teaching skilled positions and even less about safety on the field.

(P2) The worst part of it all was that the Tiny Tots sports league coaches didn’t even KEEP SCORE. That’s right. Nobody ever lost a game. The HAREBRAINED philosophy in my quickly GENTRIFYING Brooklyn neighborhood was to teach children that in sports, “everyone is a winner, a CHAMPION.”

(P3) Any parent who even mentioned the “L” word [“loser”] aloud was nearly BANNED from the games. And at the end of the season, each child went home with a MEANINGLESS TROPHY and BRAGGING RIGHTS about their athletic feats. And they hadn’t even won one game. There was no way my son was going to be a part of that FARCE.

(P4) So I am glad to hear that Pittsburgh Steeler James Harrison has come out against meaningless awards. Over the weekend, he revealed to his fans that he was returning the two sports “participation trophies” his sons, 8 and 6 years old, received for simply being on the team.

(P5) Harrison’s decision was SPOT ON. What a CROCK it is to give out participation trophies.

(P6) I get it. It may be more comfortable to tell our children that, “trying your best is all that matters.” But we adults know this to be a lie. How exactly does this lie best prepare our children for the realities of life?

(P7) Trying our best will never guaranteed that we get the dream job, the big promotion, or even the HAPPILY-EVER-AFTER marriage. We understand through painful experiences that often our best is just not good enough to get what we imagine we deserve.

(P8) Indeed, the biggest lesson sports teaches us is how to face defeat and still return another day to try and improve your game until one day you can put yourself and your team in a position to win. You learn that losing hurts — even in T-ball – but it is an ESSENTIAL part of living a meaningful life.

(P9) We should teach kids to work for their rewards in life, because SHOWING UP is not enough to earn praise.

(P10) It’s REFRESHING to hear that from a professional athlete. Harrison, now 37, learned that during his long road to an NFL career. He walked on to his college team at Kent State, went undrafted in 2002 but did play in NFL Europe for a season. He was cut by his first NFL team, the Baltimore Ravens, before signing with Pittsburgh. And this preseason, Harrison finds himself fighting for a starting position.

(P11) Harrison is a man who understands just how difficult it is to win at life. And he knows that not every kid — no matter how hard he tries — will turn out to be the next LeBron James.

Weekly_ArticleAugust 29, 2015
[WORLD NEWS ★] PASSENGER CRASH-LANDS PLANE IN SPAIN (P1) A woman was seriously injured in an ultralight aircraft crash in Spain after she was forced to fly the plane – despite having no flight experience – when the pilot lost consciousness, officials have …
END_OF_DOCUMENT_TOKEN_TO_BE_REPLACED 1

Opinions, Weekly_ArticleJune 19, 2015
[OPINION ★★★] POPE FRANCIS’S MESSAGE ABOUT THE ENVIRONMENT AND CLIMATE CHANGE (P1) “He was a MYSTIC and a PILGRIM who lived in simplicity and in wonderful HARMONY with God, with others, with nature, and with himself. He shows us just how …
END_OF_DOCUMENT_TOKEN_TO_BE_REPLACED 1

Women are better doctors but get paid less

Professions, Weekly_ArticleJanuary 2, 2017
[Professions ★★] (P1) A study says female doctors are better than male doctors but get less pay. Researchers looked at three million medical records. The number of people who stayed in a hospital a second time or who died was lower if …
END_OF_DOCUMENT_TOKEN_TO_BE_REPLACED 1