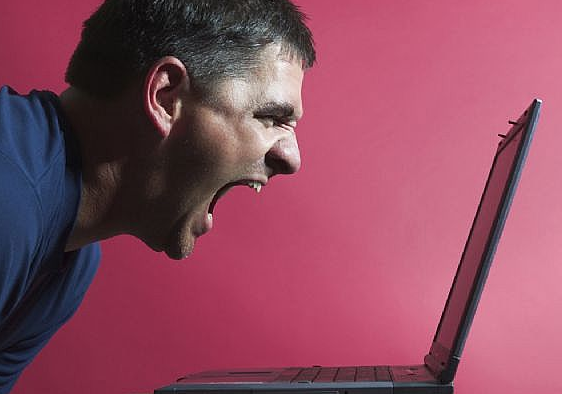 (P1) It shouldn’t be a surprise that I’m not fond of comments sections. I think you’d be HARD-PRESSED to find many female writers who are. On most sites – from YouTube to local newspapers – comments are a place where the most NOXIOUS thoughts rise to the top and smart conversations are lost in a sea of garbage.

(P2) There’s a reason, after all, that the REFRAIN “don’t read the comments” has become UBIQUITOUS among journalists. But if we’re not to read them, why have them at all?

(P3) I wasn’t always a comments-hater. When I started a feminist blog in 2004, I was thrilled to finally be able to talk with other young feminists online and was open to chatting with DETRACTORS. I saw the comments section as a way to DESTABILIZE the traditional writer/reader relationship – no longer did audiences need to consume an article without a true opportunity to respond. Comments even made my writing better those days; FEEDBACK from readers BROADENED the way I thought and sometimes changed my mind.

(P4) But as the internet and audiences grew, so did the BILE. Now if feels as if comments UPHOLD power structures instead of SUBVERTING them: sexism, racism, and homophobia are the norm; THREATS and HARASSMENT are common.

(P5) For writers, wading into comments doesn’t make a lot of sense – it’s like working a second shift where you WILLINGLY subject yourself to attacks from people you have never met and hopefully never will. Especially if you are a woman. Male commenters frequently threaten female journalists.

(P6) My own EXHAUSTION with comments these days has less to do with that kind of EXPLICIT harassment, which more responsible publications quickly delete, and more with the NEVER-ENDING stream of DERISION that women, PEOPLE OF COLOR, and other MARGINALIZED communities ENDURE; the constant insistence that you or what you write is stupid or that your PLATFORM is UNDESERVED. Yes, I’m sure straight, white, male writers get this kind of response too – but it’s not nearly as often and not nearly as nasty.

(P7) I don’t much understand the appeal of comments for readers either. Outside of the few places that have rich and intelligent conversation in comments, what is the point of engaging in DEBATE where the best you can hope for are a few PATS ON THE BACK from strangers for that PITHY ONE-LINER? Isn’t that what Facebook or Twitter is for?

(P8) When tech news website Re/code shut down its comments section last year, editors CITED the growth of social media as one reason for the decision: “The BULK of discussion of our stories is increasingly taking place there, making onsite comments less and less used and less and less useful.”

(P9) Comments sections also give the impression that all thoughts are created equal when, well, they’re not. When Popular Science stopped publishing comments, for example, it was because “everything, from evolution to the origins of climate change, is mistakenly thought to be UP FOR GRABS again…scientific certainty is just another thing for two people to ‘debate’”. When will we see the humanity and dignity of women as a fact, rather than an opinion?

(P10) It’s true, I could just stop reading comments. But I shouldn’t have to. Ignoring hateful things doesn’t make them go away, and telling women to simply avoid comments is just another way of saying we’re too lazy or OVERWHELMED to fix the real problem.

(P11) Websites and news sources are increasingly moving forward without comments because they find them unnecessary and COUNTER-PRODUCTIVE. More places should FOLLOW THEIR LEAD.

Weekly_ArticleSeptember 13, 2015
[ENVIRONMENT ★] BABY PANDA IS DOING WELL (P1) The National Zoo’s new giant panda cub is healthy and putting on weight fast, the zoo said on Friday. (P2) The cub is one of two giant pandas born on August 22 to …
END_OF_DOCUMENT_TOKEN_TO_BE_REPLACED

Science, Weekly_ArticleSeptember 27, 2016
[Science ★★] (P1) There is a lot of which we don’t know about the universe. What we know is that it’s huge. The solar system, for example, is extremely small compared to the whole universe. (P2) Two filmmaker friends said …
END_OF_DOCUMENT_TOKEN_TO_BE_REPLACED 1

Culture, Weekly_ArticleJune 9, 2016
[Culture ★] (P1) Indonesia is the 5th biggest producer of tobacco. Children younger than 15, must not work in Indonesia. It is illegal. (P2) However, around 1.5 children work in agriculture. Thousands work on tobacco plantations. (P3) Many have “green tobacco sickness”. …
END_OF_DOCUMENT_TOKEN_TO_BE_REPLACED