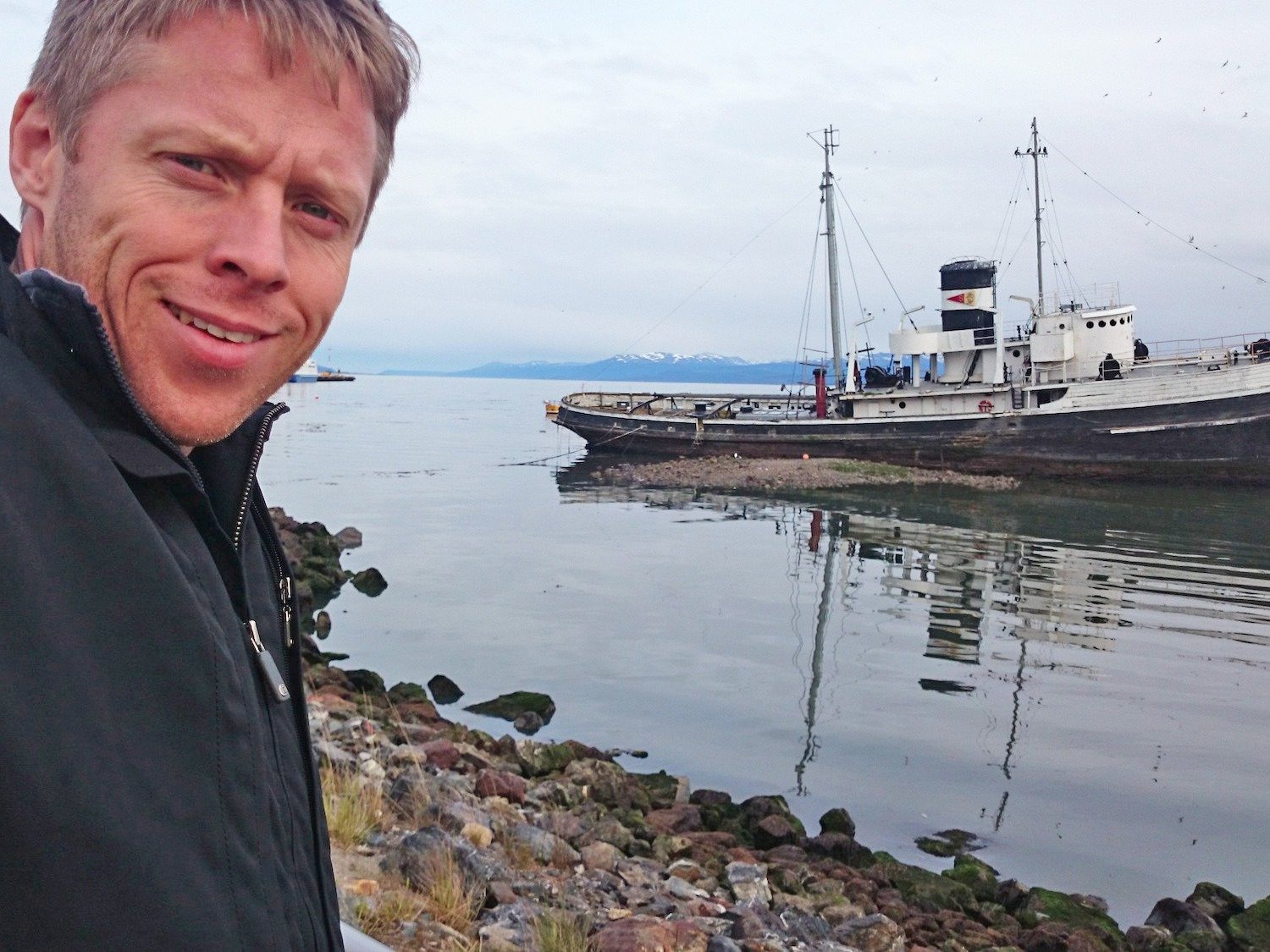 (P1) By the time he was 37 years old, Gunnar Garfors had already traveled to every single country in the world.

(P2) His love for travel started at a young age.

(P3) Garfors’ father was a doctor on a cruise ship that sailed around the Pacific Ocean.

(P4) At the time, he was just 3 years old — too young to read — so his father would send cassette tapes to him and his brother in their home in Norway in which he recorded amazing stories from the places he visited.

(P5) This was before the time when social media made it easy to connect across the globe in an instant.

(P6) Garfors recalls the tapes being a major HIGHLIGHT of his childhood, and he ATTRIBUTES the source of his WANDERLUST to his father.

(P7) “Every day we ran down to the mailbox to see if there was a tape from our dad,” Garfors said. “And every once or twice a month there was a tape. I just remember this AWE, and thinking, wow this is incredible. It really made a big impact on me and it certainly BOOSTED my curiosity about the world.”

(P8) The tales his father told from his journeys around the world — to Alaska, Canada, China, and the Philippines, to name a few — inspired Garfors to book a trip to China with his brother, the first trip he took to another continent.

(P10) That’s when his ADDICTION to travel really began. A few years later he booked a trip to Kazakhstan and Kyrgyzstan in central Asia and “totally fell in love with those countries.”

(P11) He decided that he wanted to visit all the -stan countries — there are seven of them — and after accomplishing that feat, he was HOOKED.

(P12) Before he knew it, Garfors had visited a total of 85 countries. That was when he just decided to TAKE THE PLUNGE and visit all 198. It took him another five years to complete his goal.

Opinions, Weekly_ArticleSeptember 20, 2015
[OPINION ★★★] ARE BILLIONAIRES PLANNING TO LEAVE THE PLANET? (P1) Amazon founder Jeff Bezos is the latest tech billionaire to invest his money in spaceships: on Tuesday, he DEBUTED his space travel company Blue Origin’s newest rocket. Now, those who want to cruise …
END_OF_DOCUMENT_TOKEN_TO_BE_REPLACED

Weekly_ArticleApril 22, 2015
[SPORTS★★] MICHAEL PHELPS THE PERSON IS BACK NOT JUST THE SWIMMER (P1) As his life unraveled, the MICHAEL PHELPS RUED that all he knew how to do was swim. “So I was just this little hole where a man should …
END_OF_DOCUMENT_TOKEN_TO_BE_REPLACED 1

Science, Weekly_ArticleSeptember 27, 2016
[Science ★★] (P1) There is a lot of which we don’t know about the universe. What we know is that it’s huge. The solar system, for example, is extremely small compared to the whole universe. (P2) Two filmmaker friends said …
END_OF_DOCUMENT_TOKEN_TO_BE_REPLACED 1

“What questions do you have for me?”

InterviewNovember 22, 2015
“What questions do you have for me?” Write up your answer to the question above (a paragraph or two), and share it with your Cambly tutor to refine your answer. Tips on how to answer… Prepare at least two questions …
END_OF_DOCUMENT_TOKEN_TO_BE_REPLACED