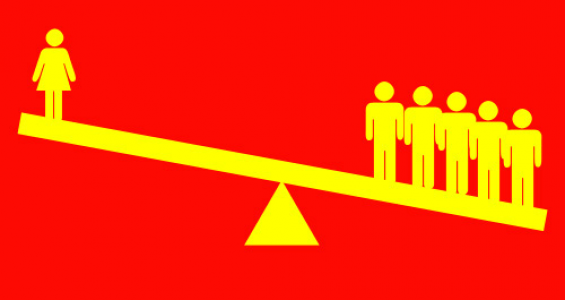 (P1) With China facing the prospect of 30 million unmarried men by 2020, an economics professor has proposed a solution – allow poor BACHELORS to share a wife.

(P2) Xie Zuoshi, a professor at Zhejiang University of Finance and Economics, said it would be a practical way for the nation to deal with the LEGACY of decades of an abnormally high sex ratio.

(P3) China has long had a traditional preference for boys over girls that has, IF ANYTHING, increased under the ONE-CHILD POLICY.

(P5) Between 24 million to 34 million more boys than girls were born in the past three decades, and most are unlikely to find wives, at least in China.

(P6) “It is a reality that we have so many more men than women. Serious social problems, such as rape and ASSAULTS, will happen if men cannot find wives. But it doesn’t have to be like that if they are given choices,” said Xie, who said he saw the problem from an economics point of view.

(P7) In terms of SUPPLY AND DEMAND, the rising number of bachelors has increased the SCARCITY of women and raised their value. Men with high incomes find wives first because they can afford to look after them. For low income men, one option is to share a wife with another man.

(P8) “I am not joking. Any REASONABLE person applying CRITICAL THINKING will come to the same conclusion. We cannot DEPRIVE those men of wives,” Xie said, saying it was already a practice in poor RURAL areas for brothers to share a wife.

(P10) Another option is for women in other countries in Asia, such as Vietnam, to come to China to get married.

(P11) He even proposed that China change its laws that make MONOGAMY the only legal form of marriage. Sharing or even gay marriage should also be allowed, he said.

(P12) Xie’s proposal was not WELL-RECEIVED, with many questioning his morality. Yet Xie said he also received some support.

(P13) Some say that it was common in Chinese rural areas before 1949 to have a bachelor living with a couple to share the wife and economic BURDEN of the family.

(P14) Others say that marriage is a private matter and should depend on the CONSENT of the parties involved.

Environment News, Weekly_ArticleSeptember 27, 2016
[Environment News ★★★] (P1) France has passed a set of landmark laws that will help significantly reduce plastic and food waste. (P2) According to British newspaper The Independent, the law will ensure all plastic cups, cutlery, and plates are made …
END_OF_DOCUMENT_TOKEN_TO_BE_REPLACED 1

BILL GATES ON WHAT MAKES A TEACHER GREAT

Weekly_ArticleJanuary 31, 2016
[EDUCATION ★] BILL GATES ON WHAT MAKES A TEACHER GREAT (P1) The best teachers leave a lasting IMPRESSION on students. (P2) Bill Gates (above) talks about the moment he saw a film of a PHYSICS LECTURE by the late scientist and professor Richard …
END_OF_DOCUMENT_TOKEN_TO_BE_REPLACED 1

Weekly_ArticleMay 14, 2015
[SPORTS★★] JORDAN SPIETH STORMS TO MASTERS WIN (P1) The sports world needs to pause for a moment and deliver a thank you to Jordan Spieth. (P2) Spieth didn’t just win the Masters golf tournament at the age of 21 on Sunday. …
END_OF_DOCUMENT_TOKEN_TO_BE_REPLACED 1