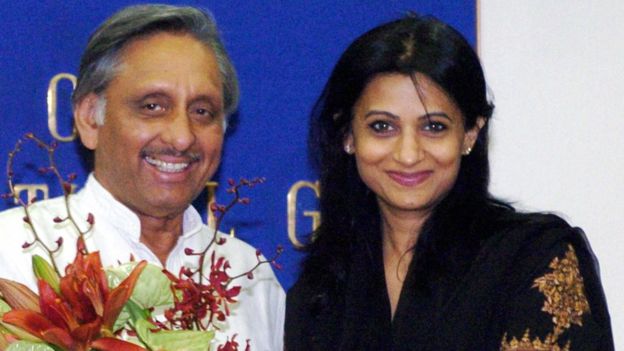 (P1) If your family has been running a business for more than 100 years, it’s probably fair to assume that you will operate the business one day, too.

(P2) But not in the case of Indian industrialist and entrepreneur Rajshree Pathy. She was married at just 17, and as a woman was never expected to take over the family business.

(P3) It is only BY DEFAULT (if there are no male HEIRS to take over) that women get into business, she says, and the perception is still that women cannot run companies.

(P4) “Either a well-educated son-in-law is brought in, or several male cousins will be brought in to run the business and carry on the family name,” says Ms Pathy.

(P5) Given that most Indian companies are family-owned, employing nearly half of the country’s workforce, and accounting for almost two-thirds of India’s economy, this will strike many as surprising.

(P6) But still in India, when it comes to a family business, it is men who inherit.

(P7) Mrs Pathy was among the first to break down the GENDER BARRIER and DEFY this tradition.

(P8) Nearly 30 years ago she was THROWN INTO the family business when her father died suddenly. As part of the sixth generation of the PSG Naidu Group, she had to take over the running of several educational and PHILANTHROPIC institutions in southern India.

(P9) She didn’t BACK DOWN. Her first challenge was completing the sugar MILL her father had started to build.

(P10) Facing a DROUGHT, sugarcane production that year was down, so the workers were already struggling, but she asked the banks for time to gain control of the FLEDGLING sugar mill, and proved to them she could run a business.

(P11) “Once I figured it out, I ran two TEXTILE mills,” she says. “I built Rajshree Sugars entirely on my own. I actually completed it, [have] since built two more, acquired two, and also got into other businesses.”

(P12) Decades later, she has expanded the company into businesses ranging from education to energy. But it has not been easy.

(P13) While her parents never made her feel that they missed having a son, the society around them PITIED them for not having a male heir.

(P14) Ms Pathy says she always had a FIRE IN HER BELLY to prove to her parents that she was as good as any son they would have had.

(P15) She says her father believed in equal opportunities.

(P16) “He always encouraged my sister and me to be whatever we wanted to be… as opposed to other business families who would find the right son-in-law to take over the DYNASTY.”

(P17) Now there is more public discussion about the role of women in society, though most of it has been around making public places safer for women, and less about increasing women’s participation at the workforce.

(P18) At a national level, India has introduced a law making it COMPULSORY for companies to have a woman on the BOARD OF DIRECTORS.

(P19) Yet when it comes to actually running companies, family-owned or otherwise, women account for fewer than 1% of chief executives, according to a 2012 report.

(P20) Ms Pathy says things have changed – but only outside business families.

(P21) “Within business families, most women in business today are there by default because there are no sons,” she says.

(P22) “In a country as large as India there are very few women running industries. I can count them on five fingers – which is a real pity.”

(P23) Service sectors like banking and information technology may be different, but when it comes to manufacturing or engineering, there are very few women in top positions, she adds.

(P25) Given that she runs a group of industries, and her husband’s family run another set of industries – does she think it will it be any different for her daughter?

(P26) “My son and daughter will have an equal opportunity to run the business I have built. But it’s their choice to make.”

(P27) Outside of her company, she regrets that society hasn’t changed much.

(P29) Yet despite the problems women still face, she says a company’s BALANCE SHEET remains GENDER-NEUTRAL.

(P30) “You need to prove your worth on the balance sheet – the company needs to be profitable. You are either successful or not successful, that’s all business understands AT THE END OF THE DAY.”

Weekly_ArticleNovember 3, 2015
Describe the video/image. Challenge yourself to tell a lively and interesting story. [wpvideo yN6FqHTZ] Idioms related to lion: A leopard cannot change its spots –  One cannot change the basic way one is. Got a tiger by its tail – to have …
END_OF_DOCUMENT_TOKEN_TO_BE_REPLACED

Weekly_ArticleSeptember 9, 2016
[World News ★★] (P1) Scrabble enthusiasts from 30 countries competed at the World Scrabble Championship in Lille, France. People said that the final between two Brits was nail-biting. (P2) There were many high-scoring words, but two of them really stood out. “Braconid” scored the player …
END_OF_DOCUMENT_TOKEN_TO_BE_REPLACED 1

Q&A, UncategorizedJanuary 8, 2020
In this blog post, I will teach you how to use the words “since” and “from” with confidence. Example: Since I tutor on Cambly, I have the opportunity to meet students from many different cultures. The word “since” is used …
END_OF_DOCUMENT_TOKEN_TO_BE_REPLACED

A DAY FOR RHINOS

Weekly_ArticleSeptember 27, 2015
[ENVIRONMENT ★] A DAY FOR RHINOS (P1) Meet Nola, a 41-year-old northern white rhino that lives at the San Diego Zoo Safari Park in Escondido, California. She is one of only four remaining northern white rhinos in the world, and the …
END_OF_DOCUMENT_TOKEN_TO_BE_REPLACED