I LOST MY VOICE FOR MORE THAN THREE YEARS

I LOST MY VOICE FOR MORE THAN THREE YEARS 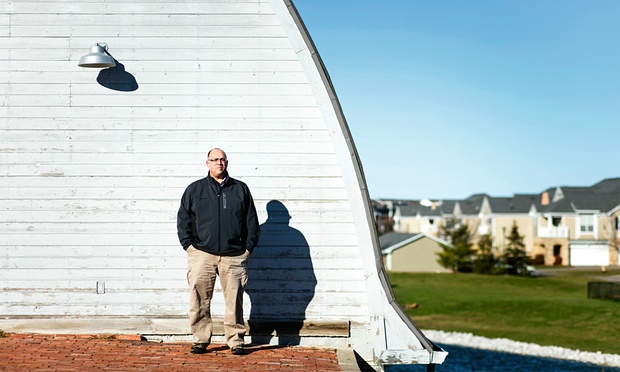 (P1) In 2007, just after Halloween, I’d visited the home of a CLIENT in my job as a financial adviser and picked up a VIRUS. I wasn’t especially concerned when I started to experience cold-like SYMPTOMS. My voice became HUSKY, but my doctor assured me it would soon return to normal.

(P2) Instead, it got worse. I could no longer make phone calls and started carrying a little whiteboard to write everything down. I tried to work mostly with people I already knew, who were likely to be more patient with me; but explaining financial details to potential investors with marker pen was a big challenge.

(P3) By May of the following year, it was clear this might be a long-term problem. An ear, nose and throat specialist called my condition “functional dysphonia”. The muscles controlling my vocal chords had SEIZED and locked. Weeks of SPEECH THERAPY made no difference.

(P4) At home, my wife and teenage sons adjusted as best they could. New technologies helped with my day-to-day life. Soon I was using a computer that read out phrases typed into it – a slow process at first, and not enough to save my job.

(P5) My career had been a big part of my life, and losing it was a blow to my confidence. Friendships FOUNDERED as I TURNED DOWN invitations, UNWILLING to sit in silence as conversations carried on around me. My relationship with my wife, Joanna, DETERIORATED and eventually we divorced.

(P6) My situation BRIGHTENED when I was offered a place at Iowa State University. I studied for a degree in finance.

(P7) In the summer of 2010, I received a text message from my ex-wife telling me her dad had seen a news story about a waitress who’d had her voice restored by a doctor in Cleveland. It had to be WORTH A SHOT.

(P8) At the appointment, I felt some DISMAY as Dr Milstein performed tests I’d long since become familiar with. But then he said, “I might be able to help you.” It was the first time anyone had said that to me. We did some vocal exercises to stretch the muscles in my neck, and to my ASTONISHMENT I started to make sounds. It was the first time I’d heard my voice in three and a half years.

(P9) Before long, I was able to make a very quiet “m” sound, then an “e”, so I could say “me”. Then I did more exercises, my voice becoming more confident.

(P10) Before I left his office, he said, “Keep talking for the next two days.” I didn’t need any ENCOURAGEMENT. Friends at university heard my voice for the first time and even when I was alone, I talked to myself.

(P11) I don’t regret those years of silence. I spent more time with my boys and had time to think about where I’d gone wrong as a husband and parent. That time smoothed my ROUGH EDGES. I prefer who I am now.

Opinions, Weekly_ArticleNovember 28, 2015
[OPINION ★] LEARNING TO SAY “NO” TO YOUR CHILDREN (P1) These days, kids have more demands than ever. (P2) Never before have children been MARKETED to more AGGRESSIVELY than they are now. Never before have parents allowed marketers so many direct …
END_OF_DOCUMENT_TOKEN_TO_BE_REPLACED 1

Weekly_ArticleMarch 13, 2016
[SPORTS ★★] IS JORDAN SPIETH DONE WITH SOCIAL MEDIA? (P1) World number one golfer Jordan Spieth blamed a Twitter TIRADE at his CRITICS on FRUSTRATION and BOREDOM. (P2) The 22-year-old American, defending CHAMPION at this week’s event just as he will be at …
END_OF_DOCUMENT_TOKEN_TO_BE_REPLACED 1

Weekly_ArticleJanuary 21, 2016
Chapter 7-4: Tom’s Whip of Panic Aim: In this 30-minute lesson, you will go over the part 7-4 of the book. Go over comprehension questions after each paragraph, and practice using new expressions. After saying hello, read the following part …
END_OF_DOCUMENT_TOKEN_TO_BE_REPLACED

VOICE CONTROL: COMING SOON TO HOUSE NEAR YOU

Technology, Weekly_ArticleOctober 28, 2014
Comment [Technology★★]Voice Control: Coming Soon to a House Near You (P1) It’s not unusual to find yourself talking to an uncooperative appliance or gadget. Soon, though, it could be more common for those devices to actually pay attention. (P2) A …
END_OF_DOCUMENT_TOKEN_TO_BE_REPLACED