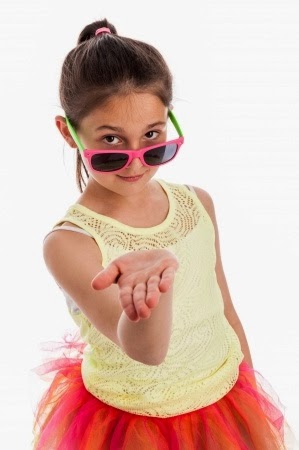 (P1) These days, kids have more demands than ever.

(P2) Never before have children been MARKETED to more AGGRESSIVELY than they are now. Never before have parents allowed marketers so many direct routes of access to their kids – social media, TV, the internet, even schools and EXTRACURRICULAR ACTIVITIES. We are increasingly UNWILLING to pay for content, so ADVERTISERS are STEPPING UP TO THE PLATE to FOOT THE BILL – and in return, we allow them to turn our kids into consumers.

(P4) Our kids are more than consumers.

(P5) I don’t like the idea of multimillion dollar advertising campaigns aimed at MANIPULATING my daughter’s desires. I don’t like companies using cartoon characters to sell unhealthy food, or gender STEREOTYPES to sell toys.

(P6) The solution has to come from parents.

(P7) First, cut off the advertising at its source – especially important as we head into the holiday season. Be a crazy parent and shelter your child away from as many ads as you can.

(P8) For older kids, install an ad blocker on your web browser and then encourage them to financially support the sites, artists, and media they value. The goal isn’t to isolate them from pop culture or media altogether – that would be tragic – but to allow them to be aware of what they’re INGESTING.

(P9) Second, do not give in to your children’s TANTRUMS in stores.

(P10) Try to prevent this situation altogether. Before you enter a store, explain what you are there to buy. Tell your kids they can look at things, but that they will not be taking anything home.

(P11) Now, the hard part. STICK TO what you said. You must be strong, firm, and RESOLUTE. The key is just not to GIVE IN. Ever.

(P12) Your children should know what to expect. ELIMINATE UNCERTAINTY.

(P13) I think that kids want limits. They want PREDICTABILITY. They want to trust that you can make good decisions for them until they’re able to make them for themselves.

(P14) Choosing to SWIM AGAINST THE TIDE of a consumer economy isn’t easy.

Weekly_ArticleNovember 28, 2015
[SPORTS ★★] BASKETBALL GREAT KAREEM ABDUL-JABBAR IS ALSO A MYSTERY NOVELIST   (P1) When it comes to OBSESSION, all other fans must BOW BEFORE the Holmesians. The followers of Sherlock Holmes have been DIGGING INTO the life of their hero since …
END_OF_DOCUMENT_TOKEN_TO_BE_REPLACED 1

★★★★, Technology, Weekly_ArticleJune 29, 2016
[Technology ★★★★] (P1) Not yet terrified that you’ll suddenly burst into flame? Put on one of Hiral Sanghavi’s jackets. The man behind Kickstarter’s BauBax travel jacket, which last year became the fourth most-funded project on Kickstarter, raising $9.2 million—hopes to raise $100,000 …
END_OF_DOCUMENT_TOKEN_TO_BE_REPLACED 1

Weekly_ArticleJanuary 21, 2016
Chapter 7-8: The Dead Dream Aim: In this 30-minute lesson, you will go over the part 7-8 of the book. Go over comprehension questions after each paragraph, and practice using new expressions. After saying hello, read the following part of …
END_OF_DOCUMENT_TOKEN_TO_BE_REPLACED

Weekly_ArticleDecember 13, 2015
[ENVIRONMENT ★★★] CAN CHINA’S PINK DOLPHIN SURVIVE? (P1) CONSERVATIONISTS have warned that projects to expand Hong Kong’s airport and build a new bridge to MACAU could result in the loss of the city’s BELOVED “pink” dolphins. (P2) Dolphin numbers have declined …
END_OF_DOCUMENT_TOKEN_TO_BE_REPLACED 1