THIS START-UP BRINGS THE BEER TO YOUR DOOR

THIS START-UP BRINGS THE BEER TO YOUR DOOR 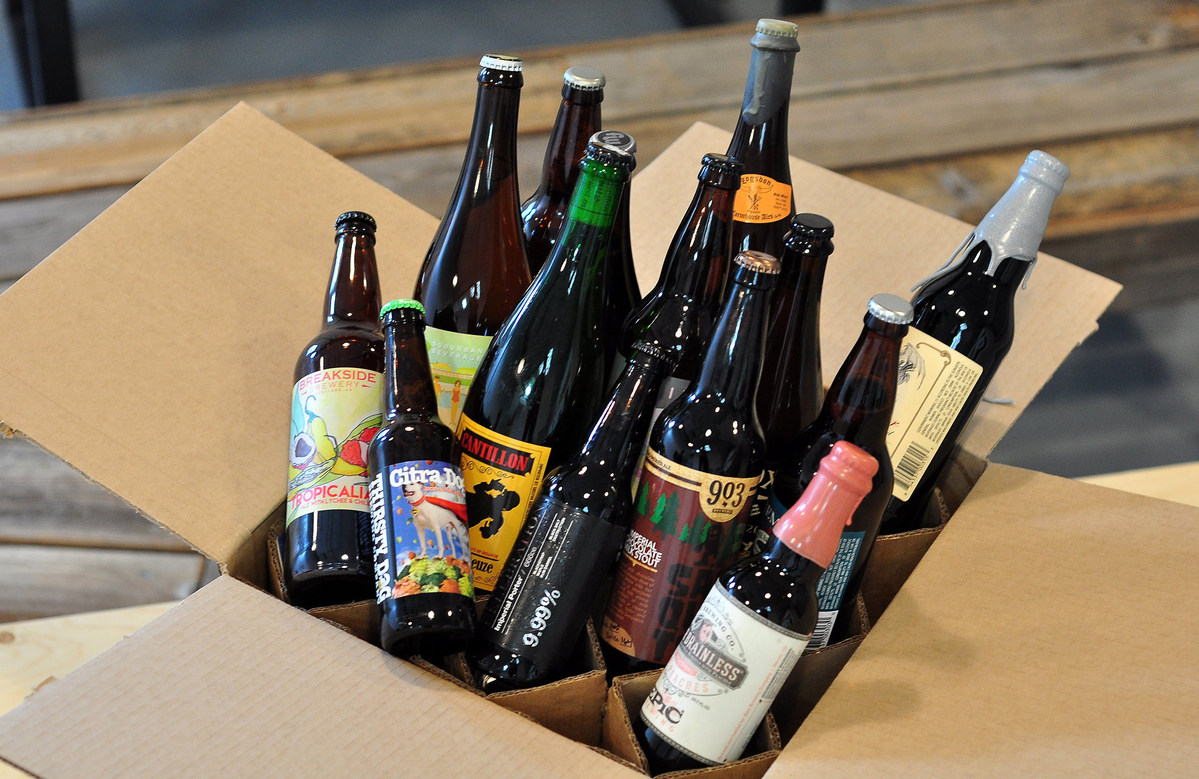 (P2) Once customers sign up for Tavour’s e-mail service, they get daily offers for highly rated craft beers in limited quantities of 3 to 12 cans or bottles. Options include a wide range of domestic brews—Saison Premiere from De Garde Brewing in Oregon, the Bomb! from Prairie Artisan Ales in Oklahoma—and a decent number of imports, such as Belgium’s Brouwerij Van Steenberge Gulden Draak Brewmasters Edition. More unusual OFFERINGS include peanut butter PORTERS and single-HOP sours.

(P3) “People have very DISTINCTIVE tastes, and the Internet is allowing them to explore those tastes,” says Tavour Chief Executive Officer Sethu Kalavakur.

(P4) Customers reply to the daily e-mails if they want the beers on offer. Recent prices range from $2.50 to $20 a beer.

(P5) Before starting Tavour, the co-founders did research for six months. “We tried a lot of beer,” Kalavakur says. Mostly, though, they talked to consumers, he says, trying to figure out how to appeal to craft brew ENTHUSIASTS and NEWBIES.

(P6) To brewers, Tavour pitches itself as a new DISTRIBUTION CHANNEL that can reach serious BEER GEEKS.

Technology, Weekly_ArticleNovember 29, 2015
[TECHNOLOGY ★] “STAR WARS” CHRISTMAS ORNAMENTS BRING THE FORCE TO YOUR TREE (P1) Star Wars fans are EAGERLY AWAITING the day of December 18th, when The Force Awakens will appear at movie theaters around the world, but what about on Christmas Day? How can …
END_OF_DOCUMENT_TOKEN_TO_BE_REPLACED 1

Q&A, UncategorizedJanuary 10, 2020
This is where a student must think creatively and use concepts. Think of yourself as being inside a sheep pen. “In the park” means we are within the boundaries (perimeters) of the park, so we are inside those lines. This …
END_OF_DOCUMENT_TOKEN_TO_BE_REPLACED