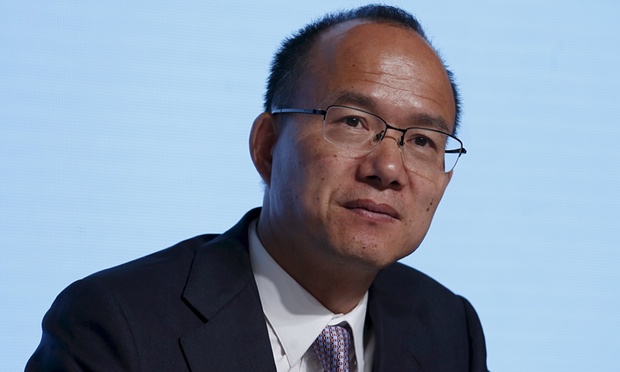 (P1) One of China’s richest men, Guo Guangchang, has been DETAINED by police.

(P2) His company, Fosun International, confirmed on Friday that he was assisting authorities with an investigation.

(P3) The confirmation followed reports that he had gone missing.

(P4) Staff at Fosun had been unable to contact Mr Guo for several days.

(P5) Fosun, one of China’s biggest private CONGLOMERATES, briefly HALTED trading of its shares on the Hong Kong STOCK EXCHANGE following the reports.

(P6) The company said that its shares would RESUME trading on Monday.

(P7) Fosun said that Mr Guo, 48, a TYCOON who has been described as China’s WARREN BUFFETT, was still able to be involved in major decisions.

(P8) It was not clear why police had detained him.

(P9) A source close to the Fosun Group said: “It’s very likely he’s been asked by the Chinese authorities to co-operate in an investigation. He is not being investigated himself.”

(P10) Sally Yim of Moody’s Investors Service said: “Guo is one of the HIGH-PROFILE Chinese entrepreneurs and this incident will RAISE EYEBROWS among foreign regulators, as Fosun has been AGGRESSIVELY expanding its global businesses. But it is too early to say how this incident will impact Fosun’s operations.”

(P11) Mr Guo was LINKED to a CORRUPTION court case in August.

THE BEST MEN’S RAZOR ON EARTH?

Life, Weekly_ArticleDecember 13, 2015
[LIFE ★] THE BEST MEN’S RAZOR ON EARTH? (P1) In its MARKETING materials, OneBlade calls itself “the best RAZOR on Earth.” (P2) But could it live up to this claim? (P3) Inspired by the incredibly close shaves he got from BARBERS in Italy, financial …
END_OF_DOCUMENT_TOKEN_TO_BE_REPLACED 1

Business, Weekly_ArticleSeptember 27, 2015
[BUSINESS ★★] VOLKSWAGEN HAS A PROBLEM (P1) Volkswagen is confronted with a MONUMENTAL challenge. (P2) The company has admitted that 11 million of its cars used illegal software to cheat EMISSIONS STANDARDS. (P3) Now, many owners are demanding that the OFFENDING …
END_OF_DOCUMENT_TOKEN_TO_BE_REPLACED

HOW TO SPOT A NARCISSIST

Life, Weekly_ArticleSeptember 27, 2015
[LIFE ★★] HOW TO SPOT A NARCISSIST (P1) Many of us hear the word “NARCISSIST” and automatically think about a SELF-ABSORBED person who constantly talks about himself—and yes, that’s a very IRRITATING (but small) part of it. A narcissist, by definition, is, “someone with …
END_OF_DOCUMENT_TOKEN_TO_BE_REPLACED

Weekly_ArticleSeptember 27, 2015
[EDUCATION ★] YOUNG TEACHERS LEAVING PROFESSION (P1) BRIGHT-EYED AND BUSHY-TAILED young teachers are being lost to the profession through a lack of support in the classroom, chief schools inspector Sir Michael Wilshaw has said. (P2) Sir Michael, giving evidence to the …
END_OF_DOCUMENT_TOKEN_TO_BE_REPLACED