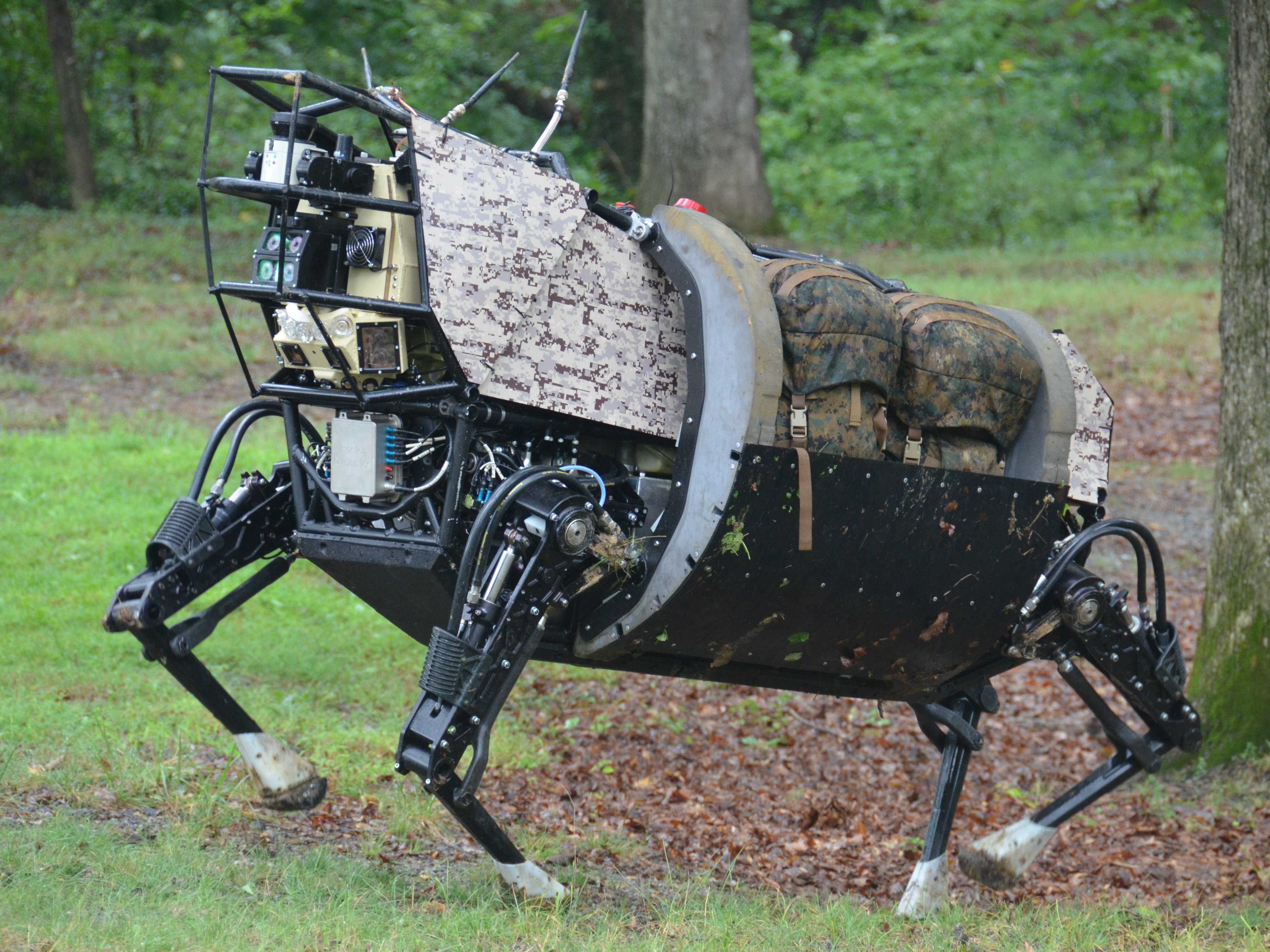 (P1) Some ideas are so cool that it’s easy to OVERLOOK important details.

(P2) When first introduced, the LS3 robot dogs created by Google-owned Boston Dynamics seemed like they could be very useful.

(P3) It seems, though, that these robo-dogs have one small problem: Like quite a few real dogs, they make too much noise.

(P4) As Kyle Olson, a spokesman for the Marine Corps Warfighting Lab, told Military.com, the Marines were disappointed by “the LIMITATIONS of the robot. It is so loud that it would reveal its position to the enemy.”

(P5) This has caused the robo-dogs to be retired before they had a chance to become regular members of battle SQUADS.

(P6) The whole project cost around $42 million and was a COLLABORATION between Boston Dynamics and the Defense Advanced Research Projects Agency (DARPA), which tests innovative military ideas.

(P7) A US Marines spokesman confirmed that the noise levels suggested the robot dogs couldn’t be used on the BATTLEFIELD, but said that was never the goal of the project, which was designed as a learning experiment.

(P8) Boston Dynamics founder Marc Raibert said: “LS3 is a research program to demonstrate the FEASIBILITY of robot dogs. It should not be considered a failure.”

(P9) Raibert CHARACTERIZED LS3 as “about as quiet as a typical MOTOR VEHICLE, such as a car or Humvee.”

(P10) Boston Dynamics did make a smaller, quieter robo-animal, NICKNAMED Spot. The problem, however, is that Spot couldn’t carry much — around 40 lbs, or one-tenth of what the bigger robo-dogs could carry. It had fewer CAPABILITIES in general.

(P11) Raibert described improvement in the noise levels of the robo-dogs: “LS3 is about 50 times quieter than BigDog, its PREDECESSOR, and Spot is 10-20 times quieter than LS3. They are not as quiet as people and animals, but we are making good progress.”

Weekly_ArticleJanuary 3, 2016
[TRAVEL ★★★] THE STRANGE, DARK NIGHTS OF ROMANIA’S BEAR DANCERS (P1) To OUTSIDERS, the sight of a TROUPE of dancing bears, DECKED OUT in blood-red TASSELS, STOMPING through the snowy streets of a small Romanian town might be a strange, almost …
END_OF_DOCUMENT_TOKEN_TO_BE_REPLACED 1

Asiana flight takes off with wrong passenger aboard

★★★★, Weekly_ArticleOctober 5, 2016
[Travel News ★★★★] (P1) An Asiana Airlines flight bound for Incheon from Hong Kong returned to the airport after finding a “wrong” passenger was onboard. (P2) The plane carrying 258 passengers was scheduled to arrive in Incheon at around 5 …
END_OF_DOCUMENT_TOKEN_TO_BE_REPLACED 1

Technology, Weekly_ArticleSeptember 9, 2016
[Technology ★★★] (P1) This year’s iPhone, revealed Wednesday, is seen as a more modest upgrade, as several analysts noted that it was increasingly difficult to make impressive changes in hardware, the AP reports. Among Apple’s biggest changes are nixing the headphone jack and …
END_OF_DOCUMENT_TOKEN_TO_BE_REPLACED 1