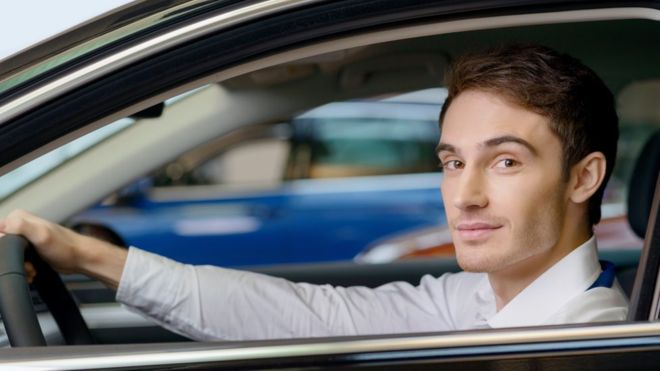 (P2) “Why are some young people choosing not to drive?”

(P3) Barbara was a STATISTICIAN at the Department for Transport and her report was trying to UNTANGLE a mystery.

(P4) For decades, the richer Britain got, the more people drove. But sometime in the 1990s that stopped.

(P6) What Barbara’s report had revealed was something that became known as Peak Car – the idea that we had permanently fallen out of love with our cars.

(P7) It was not just happening in the UK, but in lots of rich countries, including the US.

(P9) About 70% of us were driving more. But the average mileage was declining because young men, company car drivers, and Londoners were driving less.

(P10) But why was it happening? Well, the government took away the TAX BREAKS for company cars.

(P11) PUBLIC TRANSPORTATION is good in London and bus use has been going up. Parking charges make driving in the city expensive.

(P12) The increased pace of immigration has also played a big part. The SURVEYS show immigrants don’t drive as much.

(P13) But young men ABANDONING their cars is harder to explain.

(P14) Some suggest that the change is cultural – that phones have replaced cars as a STATUS SYMBOL.

(P15) The internet has reduced the need to drive so much.

(P17) It is likely that all of these things play a part. But they’re not the key reason young people, especially men, aren’t driving.

(P18) “It’s not about desire, it’s about how difficult it is,” says Scott Le Vine, at Imperial College London.

(P19) Scott says it is more expensive to own a car and more difficult to pass your driving test than it used to be.

(P20) More than half of 17 to 29-year-olds without driver licences say they are either learning to drive, PUT OFF by the test, or put off by the cost.

(P21) Scott sums it up: “While older British people were getting richer in the 2000s, younger adults were getting poorer.”

(P22) This is RELEVANT because there has historically been a positive relationship between income and car ownership/use.

(P23) The big question then; is this change permanent?

(P25) The average American also drives fewer miles now than they did in 1997. And just as in Britain, the percentage of young people getting licences is declining.

(P27) The way we will be travelling in the future has huge IMPLICATIONS for planning in the present.

(P28) Stephen Joseph, from the Campaign for Better Transport, said: “For at least 50 years, transportation policy in the UK has been based on the ASSUMPTION that car use would carry on growing.

(P29) “If car use has peaked, this will RADICALLY change transportation policy and road-building plans.”

WHALES BEACH THEMSELVES ON INDIAN COAST

Weekly_ArticleJanuary 17, 2016
[ENVIRONMENT ★] WHALES BEACH THEMSELVES ON INDIAN COAST (P1) At least 45 small PILOT WHALES, part of a group which WASHED ASHORE in Tiruchendur in Tamil Nadu, India, have died. More than 100 whales were found on the 16km stretch from …
END_OF_DOCUMENT_TOKEN_TO_BE_REPLACED 1

People, Weekly_ArticleMay 19, 2016
[People ★] (P1) In London, people elected the new mayor, who is a son of a London bus driver and the former human rights lawyer. His name is Sadiq Khan and he is the first Muslim mayor of London. With a 13.6% margin, he was …
END_OF_DOCUMENT_TOKEN_TO_BE_REPLACED 2

Weekly_ArticleMay 19, 2016
[World News ★★] (P1) A Canadian driver got a scary surprise Thursday night when she drove right into Lake Huron while following GPS instructions, the CBC reports. Still unidentified, the woman was navigating foggy weather in Tobermory, Ontario, when she turned down …
END_OF_DOCUMENT_TOKEN_TO_BE_REPLACED