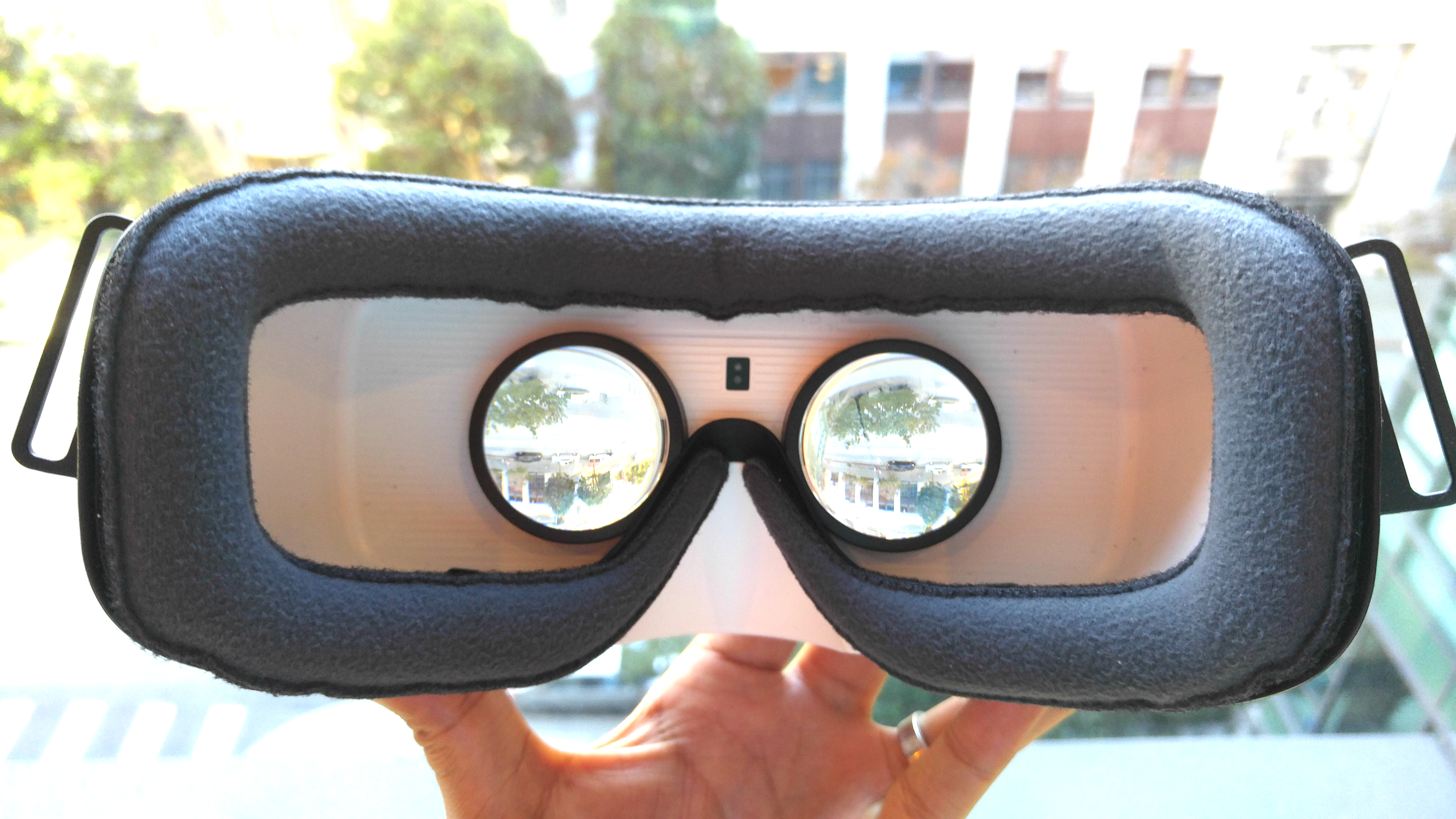 (P1) Ah, virtual reality. Put your smartphone inside a pair of goggles, strap them to your head, and — PRESTO! — you’re transported to a computer-generated world, whether it’s a starship or a Sherpa village in the Himalayas. At least, that’s the promise of VR games and films.

(P2) But what about live VR streaming, which is being made available in your living room or anywhere else you happen to have your goggles? Some companies are already testing this technology, and it won’t be long before you’ll have to pay a PREMIUM PRICE to receive these streams.

(P3) At the CES conference in Las Vegas, I had a chance to find out what it’s like. After strapping a Samsung Gear VR headset to my face, I was transported to a courtside seat at the United Center in Chicago to watch a basketball game between the Boston Celtics and the Chicago Bulls.

(P4) At least, that’s what I think I was watching. The video was so BLURRY I couldn’t see players’ jersey numbers, find a scoreboard, or read the shot clock. I was also lost without TV commentators and graphics to help me understand what was happening. I watched the game from the best seat in the stadium, but after 20 minutes I realized I didn’t enjoy it at all.

(P5) The episode demonstrated VR’s SHORTCOMINGS. When the technology works well, it makes you feel as if you’re standing in front of a DINOSAUR. Or it gives you VERTIGO as you look over the edge of a SKYSCRAPER. When it doesn’t work well, though, you’re just annoyed and confused.

(P6) David Cole, co-founder of NextVR, which streamed the game, admitted a few problems still have to be worked out. He also said he’s not out to create a highly produced TV stream in VR, with rich graphics and shot-by-shot commentary. He wants to make you feel like you’re there.

(P7) “It will be a huge value for fans,” he said. People who love sports and wish they had a great seat at a game will love it, he added.

(P8) I’m one of those people who would probably be bored sitting courtside at a real game anyway, since I’m not an AVID basketball fan.

(P9) Despite criticism about poor visuals, NextVR, of Laguna Beach, California, is pushing ahead with plans to build a near-daily channel of live events, all streamed to VR headsets. In the next few months, the company plans to insert ads into its streams and test charging for admittance. Cole wouldn’t say how much the service will cost.

I CAN’T SLEEP AT NIGHT

Life, Weekly_ArticleJanuary 24, 2016
[LIFE ★] I CAN’T SLEEP AT NIGHT (P1) Dear Mariella: (P2) I am a 34-year-old woman who lies awake until 2 or 3am most nights. There is a stream of thoughts, images, and SCENARIOS running through my mind. I think about …
END_OF_DOCUMENT_TOKEN_TO_BE_REPLACED 1

Weekly_ArticleJanuary 2, 2017
[Sports ★★] (P1) Cricket is a hugely popular sport in Pakistan, and there have been some incredible Pakistani cricket players. One of the all-time greats has to be the left-arm fast bowler and batsman Wasim Akram. Here are five fun …
END_OF_DOCUMENT_TOKEN_TO_BE_REPLACED 1

Weekly_ArticleMarch 27, 2016
[CULTURE AND ENTERTAINMENT ★★] ARGENTINE CLEANER’S DOUBLE LIFE AS PRIZE-WINNING NOVELIST (P1) When the Buenos Aires subway closes at night, Enrique Ferrari goes underground to mop the platforms — and to polish his next THRILLER. (P2) The Argentine station cleaner, 44, …
END_OF_DOCUMENT_TOKEN_TO_BE_REPLACED 1