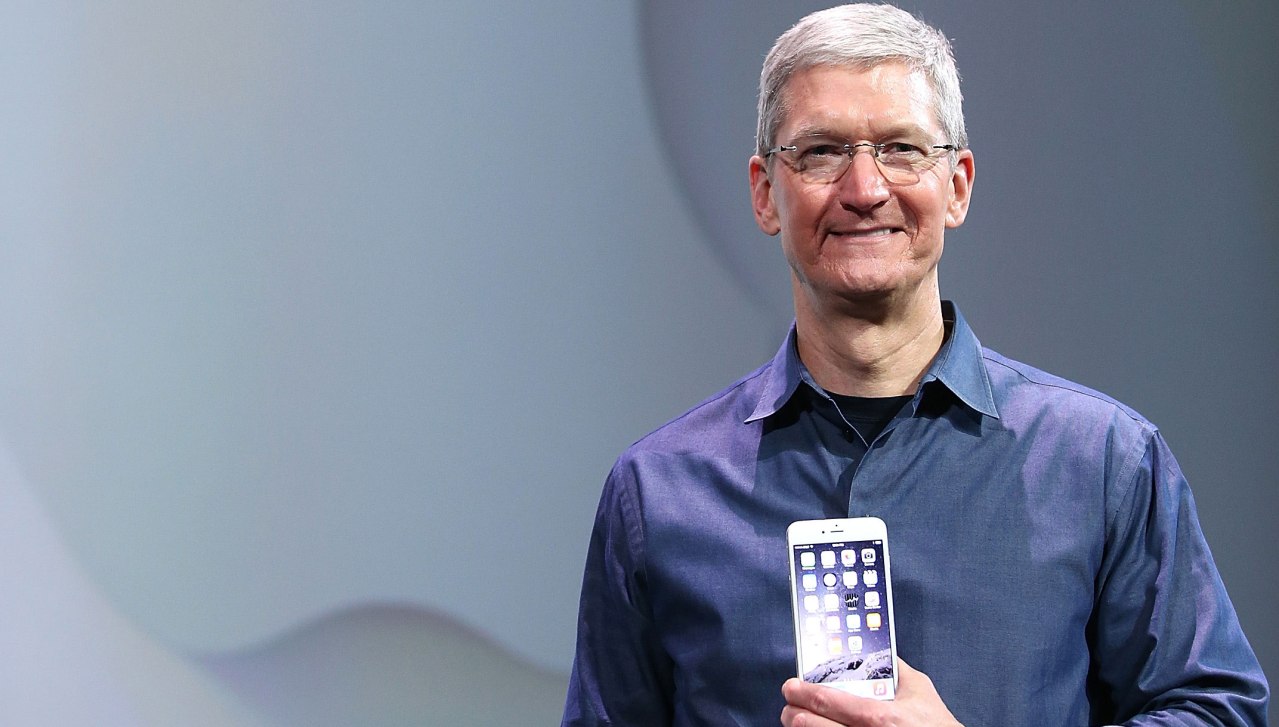 (P1) Apple is opposing a court order to unlock the iPhone used by one of the San Bernardino shooters, accusing the federal government of an “OVERREACH” that could potentially invade the privacy of millions of customers.

(P2) CEO Tim Cook published an open letter late Tuesday, promising to fight a judge’s ruling that it should give FBI investigators access to ENCRYPTED data on the device.

(P3) “The government is asking Apple to hack our ownusers and UNDERMINE decades of security advancements that protect our customers — including tens of millions of American citizens — from hackers and cybercriminals,” Cook wrote.

(P4) The U.S. Attorney’s Office in Los Angeles argued the FBI needed Apple to help it find the password and access “relevant, critical … data” on the locked cellphone of Syed Farook, who with his wife Tashfeen Malik murdered 14 people in San Bernardino, California, on Dec. 2.

(P5) Apple has five days to respond to the court if it believes that COMPLIANCE would be BURDENSOME.

(P6) “Opposing this order is not something we TAKE LIGHTLY. We feel we must speak up in the face of what we see as an overreach by the U.S. government,” Cook wrote in the open letter to customers.

(P7) “We are challenging the FBI’s demands with the deepest respect for American democracy and a love of our country. We believe it would be in the best interest of everyone to step back and consider the IMPLICATIONS.”

(P8) He said the request would “undermine the very freedoms and liberty our government is meant to protect.”

(P10) “The Constitution does not permit the government to force companies to hack into their customers’ devices. Apple is free to offer a phone that stores information securely, and it must remain so if consumers are to retain any control over their private data,” Abdo said.

(P11) “If the FBI can force Apple to hack into its customers’ devices, then so too can every REPRESSIVE REGIME in the rest of the world,” he added. “Apple deserves praise for STANDING UP FOR its right to offer secure devices to all of its customers.”

(P12) Cook insisted Apple had “worked hard to support the government’s efforts to solve this horrible crime,” but said the government had “asked us to build a backdoor to the iPhone” — something he described as “too dangerous to create.”

(P13) He said the suggestion that a tool to hack the iPhone could only be used once was “simply not true.”

(P14) “Once created, the method could be used over and over again, on any number of devices,” Cook said. “It would be the EQUIVALENT of a master key, capable of opening hundreds of millions of locks — from restaurants and banks to stores and homes. No reasonable person would find that acceptable.”

(P15) He also suggested that the government could demand that tech companies build SURVEILLANCE software to INTERCEPT customers’ messages.

(P16) “We can find no PRECEDENT for an American company being forced to expose its customers to a greater risk of attack,” he wrote. “The implications of the government’s demands are CHILLING. While we believe the FBI’s intentions are good, it would be wrong for the government to force us to build a backdoor into our products.”

Weekly_ArticleFebruary 21, 2016
[SPORTS ★★★] ROMANIAN FOOTBALL’S “SLAVERY” CRISIS (P1) Florin Anitoiu is DESPERATE. He has travelled 10 hours on an overnight train to meet me in Bucharest. He wants to tell the world how the game he grew up loving is keeping him …
END_OF_DOCUMENT_TOKEN_TO_BE_REPLACED

Why can I understand more English than I can speak?

Q&A, UncategorizedFebruary 10, 2020
We meet students of all levels on the Cambly learning platform and many express the same sentiment. So why is it so? Daily I see children smiling shyly, communicating by drawing on our interactive Kids program; answering correctly but reluctant …
END_OF_DOCUMENT_TOKEN_TO_BE_REPLACED 13

Weekly_ArticleDecember 6, 2015
[ENVIRONMENT ★★] BRAZIL DECLARES ZIKA FEVER EMERGENCY (P1) The Brazilian state of Pernambuco has declared a STATE OF EMERGENCY over an OUTBREAK of Zika fever. (P2) The MOSQUITO-BORNE DISEASE from Africa has been linked to a SPIKE in BIRTH DEFECTS across …
END_OF_DOCUMENT_TOKEN_TO_BE_REPLACED 1