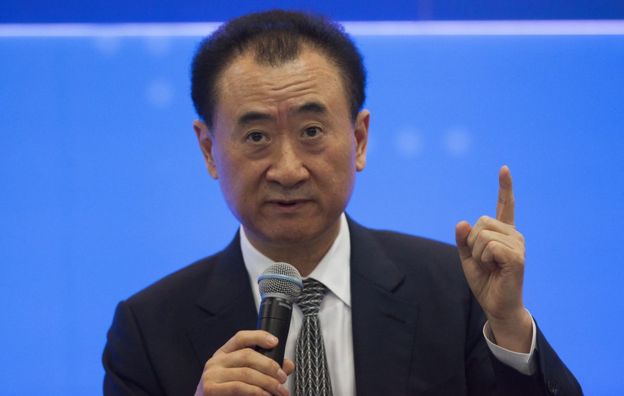 (P1) Beijing has OVERTAKEN New York as the city with the highest number of BILLIONAIRES for the first time, a new report by China-based firm Hurun says.

(P2) A total of 100 billionaires are now living in the Chinese capital, compared with 95 in New York, the report says.

(P4) Hurun, which tracks wealth in China, has released an annual Global Rich List for the past five years measuring billionaires’ wealth in US dollars.

(P5) The private research firm, which also publishes LUXURY magazines, uses a mixture of information from publicly traded companies plus interviews to compile its data.

(P6) Other companies such as Forbes and Bloomberg use different METHODOLOGIES and arrive at different conclusions.

(P8) Moscow was in third place with 66 billionaires, according to Hurun.

(P9) Overall, China has overtaken the US as the country with the highest number of billionaires. However, the top 10 billionaires in Hurun’s list is still dominated by Americans.

(P11) China’s billionaires boast a combined worth of $1.4 trillion (£1.01 trillion), which is about the same as the entire economic activity of Australia.

(P13) Hurun found that the richest man in China is still Wang Jianlin (pictured above), with an estimated worth of $26bn (£18.8bn).

(P14) But he has not cracked the top 10 billionaires in Hurun’s list, which is dominated by Americans. It is topped by Bill Gates with a NET WORTH of $80bn, followed by INVESTOR Warren Buffett with $68bn.

(P15) In third place is Spanish fashion TYCOON Amancio Ortega with a net worth of $64bn.

(P16) The report found that overall there are now 2,188 billionaires in the world, a new record.

Weekly_ArticleFebruary 28, 2016
[SPORTS ★★] HIGH SCHOOL GIRL RAISES CHAMPION SHOW DOG (P1) When she was little, Amy Judge went to a dog show in Monroe and fell in love with a rare BREED called a Dandie Dinmont TERRIER. Now she’s the owner of …
END_OF_DOCUMENT_TOKEN_TO_BE_REPLACED 1

ARE WE ENTERING THE POST-ANTIBIOTIC ERA?

Weekly_ArticleNovember 21, 2015
[WORLD NEWS ★★] ARE WE ENTERING THE POST-ANTIBIOTIC ERA? (P1) The world is ON THE CUSP OF a “POST-ANTIBIOTIC era”, scientists have warned after finding BACTERIA that are RESISTANT to drugs used when all other TREATMENTS have failed. (P2) They identified …
END_OF_DOCUMENT_TOKEN_TO_BE_REPLACED 1

Weekly_ArticleJanuary 21, 2016
Chapter 7-11: The Truth Aim: In this 30-minute lesson, you will go over the part 7-11 of the book. Go over comprehension questions after each paragraph, and practice using new expressions. After saying hello, read the following part of the …
END_OF_DOCUMENT_TOKEN_TO_BE_REPLACED

What’s the difference between “think on”, “think about”,  and “think of”?

Q&A, UncategorizedDecember 16, 2019
The phrases “think on” and “think about” are often used interchangeably, meaning they can both be used in conversation during the same situations. It is up to the speaker to decide which they prefer. Both phrases mean to take time …
END_OF_DOCUMENT_TOKEN_TO_BE_REPLACED