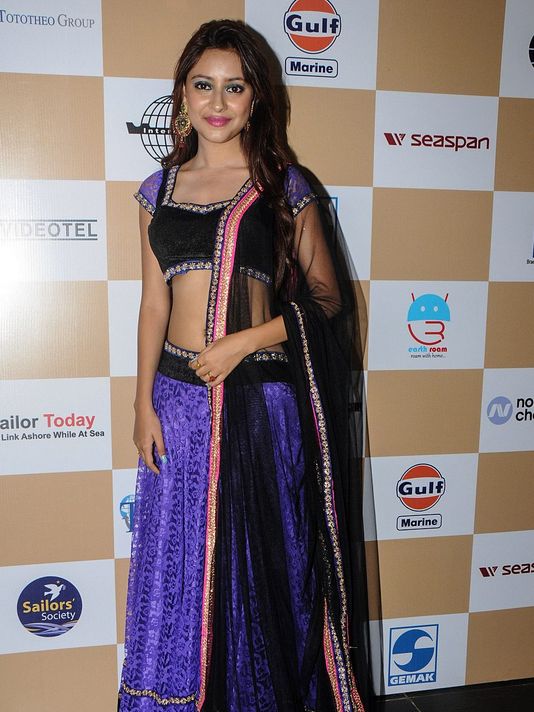 (P1) The sudden death of a cherished Bollywood actress, 24, was sending shock waves through India on Saturday.

(P2) Pratyusha Banerjee was allegedly found hanging from the ceiling in a room in her house in the Mumbai neighborhood of Kandivali on Friday, according to reports from India news outlets.  Police said no suicide note was found and they registered an “accidental death report,” The Indian Express reported.

(P3) Banerjee, who was from Jamshedpur, hit stardom in 2010 when she took over the lead role in Balika Vadhu, a popular Indian television drama that premiered in 2008. It has been called the longest-running show in India with more than 2,400 episodes. She later took roles in reality shows such as Bigg Boss – similar to Big Brother in the U.S. – and Jhalak Dikhla Jaa, in which celebrities perform various dances with professional dance partners a la Dancing with the Stars.

(P4) She also appeared in Power Couple with boyfriend Rahul Raj Singh, a reality show that features 10 popular celebrity couples who compete with each other over various challenges.The couple was eliminated early on.

(P5) “It is unbelievable that she could commit suicide because I know her and she is a strong woman,” actress Dolly Bindra told The Indian Express.

(P6) Banerjee’s death triggered an outpouring of grief on Twitter.

(P7) Bollywood producer Tanuj Garg tweeted, “Terrible, terrible news about Pratyusha Banerjee. Met her once at a party. How extreme must pressures be to drive one to take one’s own life.”

(P8) In January, Banerjee was part of a bizarre series of events, when she alleged that eight police officers tried to break into her house, according to the Hindustan Times. Police denied the allegation and said they were there to talk to her boyfriend about a loan issue, the Times reported.

(P9) On Saturday, Singh was being questioned by police but was not detained, the Times reported.

What do the following expressions mean?

People get tattoos in Thailand

Man in a hot-air balloon

People, Weekly_ArticleJuly 27, 2016
[People ★★] (P1) In Australia, a Russian Orthodox priest set off to break a world record. He wants to break the previous world record of flying around the world solo in a hot-air balloon. He must do it in fewer than 13 and a …
END_OF_DOCUMENT_TOKEN_TO_BE_REPLACED 1

Weekly_ArticleJuly 25, 2015
[ENVIRONMENT ★★★] MYSTERIOUS BALLS OF GOO ARE ROLLING ONTO AMERICAN BEACHES [LIFE ★] FIVE REASONS WE CAN’T HANDLE MARRIAGE ANYMORE [BUSINESS ★★★] WHAT BEER-MAKING CAN TEACH YOU ABOUT THE BUSINESS WORLD [TECHNOLOGY ★★] THIS PLANET IS THE CLOSEST THING TO EARTH YET [WORLD NEWS ★★] “WALKIE TALKIE” SKYSCRAPER BLAMED FOR …
END_OF_DOCUMENT_TOKEN_TO_BE_REPLACED