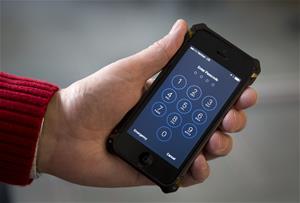 (P1) If you haven’t updated to iOS 9.3, you may want to wait: According to AppleInsider, users are reporting a bug that causes apps to crash and freeze. The problem occurs when clicking hyperlinks in Apple apps including Mail, Messages, and Safari, as well as some third-party apps like the Google Chrome Web browser; after tapping on the Web link, the app will freeze or crash. It appears that newer iPhones and iPads are the most impacted, but some users with older devices are also having problems; in addition, some users running iOS 9.2 are reporting the same issue.

(P2) Per AppleInsider, there are multiple threads on the problem in Apple’s support forums, including one that has been viewed more than 7,000 times. Some users say that disabling JavaScript (which you can do by entering the Settings menu, then Safari, then Advanced) helps, but only with Safari links, 9to5Mac.com reports. One forum poster reportedly says an Apple Support rep told him the company knows about the problem and is working to fix it. Per 9to5Mac.com, the issue may have to do with certain third-party apps a user has installed on the device; TechCrunch explains that could be because of something called “Universal Links” that Apple introduced with iOS 9.

CHAPO GUZMAN WANTS TO BE SENT TO THE US

Weekly_ArticleMarch 6, 2016
[WORLD NEWS ★★] CHAPO GUZMAN WANTS TO BE SENT TO THE US (P1) After his escape from Mexico’s most secure prison, his CONTROVERSIAL meeting with actors Sean Penn and Kate Castillo, and his recapture, Joaquin “El Chapo” Guzman of the Sinaloa CARTEL …
END_OF_DOCUMENT_TOKEN_TO_BE_REPLACED 1

Entertainment, Weekly_ArticleMay 19, 2016
[Entertainment ★★] (P1) What’s going on with Justin Bieber? As People reports, he’s been acting very oddly while in Massachusetts for a concert this week. On Tuesday, he was seen walking barefoot in Boston Public Garden, feeding squirrels, lying in the grass, …
END_OF_DOCUMENT_TOKEN_TO_BE_REPLACED

Weekly_ArticleJuly 17, 2015
[WORLD NEWS ★] POPE AND PATRIARCH PLAN MEETING (P1) An historic meeting between Pope Francis and PATRIARCH Kirill of the Russian Orthodox Church is “getting closer every day,” a senior Orthodox PRELATE said in an interview published on Sunday. (P2) The …
END_OF_DOCUMENT_TOKEN_TO_BE_REPLACED 1