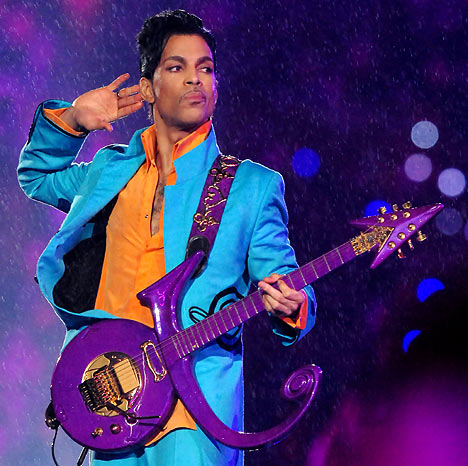 (P1) The rockstar Prince has died at the age of 57. He passed away at his home in Minneapolis. Last week, his plane made an emergency landing to take him to the hospital. He had dehydration and the flu. His death has shocked the entertainment world. Many celebrities have shared their thoughts about him online. Madonna wrote: “He changed the world. A true visionary.” Barack Obama called him, “one of the most gifted and prolific musicians of our time”. He added that: “Prince…was a virtuoso instrumentalist, a brilliant bandleader, and an electrifying performer.”

(P2) Prince was the son of a jazz pianist. His real name was Prince Rogers Nelson. He became famous in the late seventies. His singing, songwriting, guitar playing, performances and producing changed the music world over four decades. The Washington Post called him, “one of the most popular, inventive and influential recording artists of his generation“. Prince sold over 100 million records. He is perhaps best known for his 1984 album ‘Purple Rain’. The music magazine ‘Rolling Stone’ ranked Prince at number 27 on its list of the 100 Greatest Artists of All Time.

How the World Attracts Chinese Tourists

Weekly_ArticleApril 29, 2016
[Travel News ★★★] (P1) A hundred million tourists from China travel to all corners of the world every year. Destinations around the world are fighting desperately to attract these tourists because they know Chinese big spenders will bring them money in the following decades. In 2013 alone, Chinese travelers spent over 100 billion dollars abroad. (P2) …
END_OF_DOCUMENT_TOKEN_TO_BE_REPLACED

Weekly_ArticleMarch 30, 2016
The IELTS Speaking (Part 1) covers a few general questions about familiar topics, lasting 4-5 minutes. The grading rubric is attached at the bottom.  FILMS Do you enjoy watching movies? What’s your favorite film? Who are your favorite actors? How often do you …
END_OF_DOCUMENT_TOKEN_TO_BE_REPLACED

Technology, Weekly_ArticleJuly 6, 2016
[Technology ★★★] (P1) Snapchat is widely popular with the younger generation for sharing visual content. While the app allows users to share videos and pictures with friends, one feature that makes it different from other apps is that the messages disappear from …
END_OF_DOCUMENT_TOKEN_TO_BE_REPLACED

Weekly_ArticleJuly 17, 2015
[CULTURE AND ENTERTAINMENT ★★] CHARLES DICKENS LITERARY DISCOVERY SHOCKS SCHOLARS (P1) VICTORIAN authors often published in magazines ANONYMOUSLY. But notes by Charles Dickens himself have REVEALED the ILLUSTRIOUS authors behind many of the pieces in the PERIODICAL he edited. (P2) A newly …
END_OF_DOCUMENT_TOKEN_TO_BE_REPLACED 1