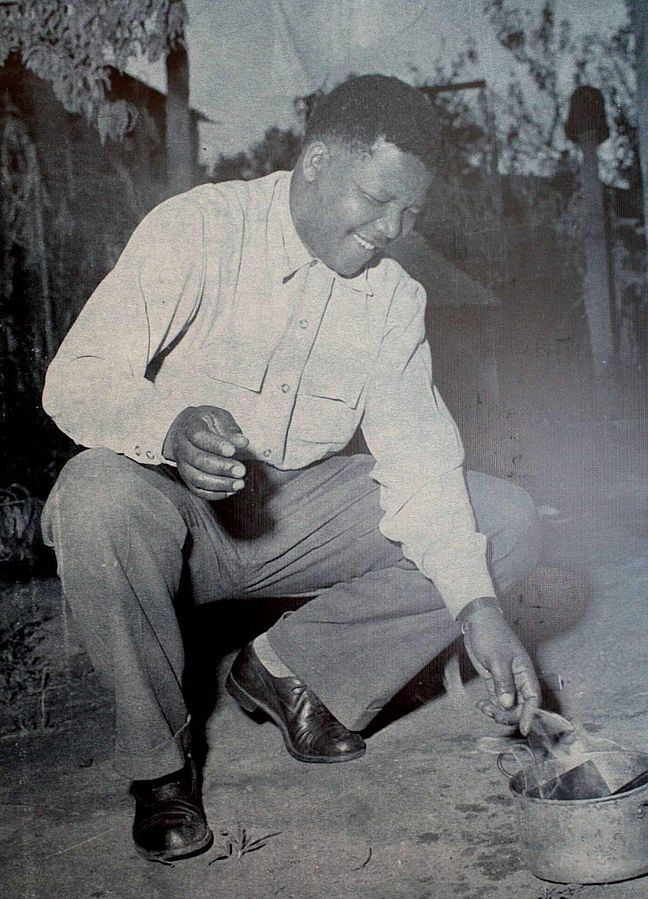 (P2) In an interview recorded two weeks before his death, a former CIA agent claimed he had prevented a war by giving South African authorities a tip that led to the arrest of the “Black Pimpernel”—better known as Nelson Mandela. In March, 88-year-old Donald Rickard told film director John Irvin that when he was the US vice consul in Durban in 1962, African National Congress informants told him Mandela was visiting the city and he shared that information with police, leading to Mandela’s arrest at a roadblock as he tried to return to Johannesburg, the Times of London reports. The ANC leader spent the next 28 years in prison. An unrepentant Rickard said he and his CIA handlers saw Mandela as “a toy of the communists” who was completely controlled by the Soviet Union.

(P3) Rickard—who retired in 1978 and died on March 30, according to an obituary in the Pagosa Springs Sun—claimed Mandela was preparing to incite a communist rebellion against apartheid, which could have led to Moscow’s involvement. “If the Soviets had come in force, the United States would have had to get involved, and things could have gone to hell,” he said. “We were teetering on the brink here and it had to be stopped, which meant Mandela had to be stopped. And I put a stop to it.” Irvin’s movie about the months before the arrest, Mandela’s Gun, will debut at the Cannes Film Festival this week, the Guardian reports. An ANC spokesman called the news “a serious indictment” and accused the agency of interfering in South African politics to this day, reports the Telegraph. The CIA has declined to comment.

Life, Weekly_ArticleMay 19, 2016
[Life ★★★] (P1) Road rage is aggressive behavior by drivers on the road.  It has become so common that some psychologists say it is a mental disorder. Many things can cause road rage. Some driving experts think road rage occurs because people watch chase scenes on TV. Others watch Formula One races and …
END_OF_DOCUMENT_TOKEN_TO_BE_REPLACED

Business, Thoughts, Weekly_ArticleNovember 4, 2014
As a divorce lawsuit churns up a negative image for top investment bank Jefferies, the CEO of the company decides to take action to directly confront the scandal. Read the story together with your Cambly tutor, and practice using some business …
END_OF_DOCUMENT_TOKEN_TO_BE_REPLACED

Weekly_ArticleDecember 19, 2015
[EDUCATION ★] SHOULD HIGH SCHOOL CLASSES START LATER IN THE MORNING? (P1) More school districts around the U.S. are HEEDING the advice of scientists who say that expecting teens to show up to class before 8 a.m. isn’t good for their …
END_OF_DOCUMENT_TOKEN_TO_BE_REPLACED 1