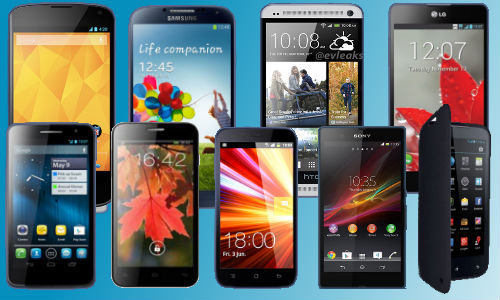 (P1) India is forecasted to overtake Japan to become the world’s third-largest smartphone market next year to rank behind China and the United States, a report said Thursday.

(P4) The revenues from smartphone sales in Indonesia, the world’s sixth-largest smartphone market in 2015, are expected to reach $10 billion for the first time next year, the report said.

(p5) “Smartphone makers will strengthen their marketing in new emerging markets, such as India and Indonesia for some time,” an industry watcher said.

(P6) Separate data by Strategy Analytics shows that South Korea’s top tech firm Samsung Electronics Co. maintained its status as the No. 1 player in the Indian smartphone market in the first quarter of the year.

(p7) China, which has been the engine of global smartphone growth in recent years by taking more than a quarter of global sales, is expected to reign as the No. 1 player, according to the research.

(P10) South Korea is expected to stand as the world’s 8th or 9th largest smartphone market for several years, the research showed.

Technology, Weekly_ArticleMay 28, 2016
[Technology ★★★] (P1) A British firm has developed a new product to help us save money. The product is a wristband that gives us an electric shock if we spend too much money. The wristband is called Pavlok. It is …
END_OF_DOCUMENT_TOKEN_TO_BE_REPLACED

★★★★, Weekly_ArticleJune 9, 2016
[World News ★★★★] (P1) Chinese women have made their strongest showing on Forbes magazine’s list of the world’s most powerful women. (P2) The survey also included a record number of women from the UK, though German Chancellor Angela Merkel remains in …
END_OF_DOCUMENT_TOKEN_TO_BE_REPLACED

Opinions, Weekly_ArticleOctober 4, 2015
[OPINION ★★★] IS PEOPLE-RATING SYSTEM A GOOD IDEA? (P1) What if your value to the world could be SUMMARIZED in a single rating of one to five stars, GENERATED by the opinions of the people around you — a simple score …
END_OF_DOCUMENT_TOKEN_TO_BE_REPLACED 1

Weekly_ArticleJanuary 17, 2016
[CULTURE AND ENTERTAINMENT ★★★] CHILEAN ARCHITECT IS AWARDED PRITZKER PRIZE (P1) Chilean ARCHITECT Alejandro Aravena has been named as the 2016 winner of the Pritzker Prize, architecture’s EQUIVALENT of the Nobel prizes. (P2) Aravena, 48, will be the 41st winner of the Pritzker Prize, …
END_OF_DOCUMENT_TOKEN_TO_BE_REPLACED