More Than 40% of Top Managers Want to Leave Russia – Poll 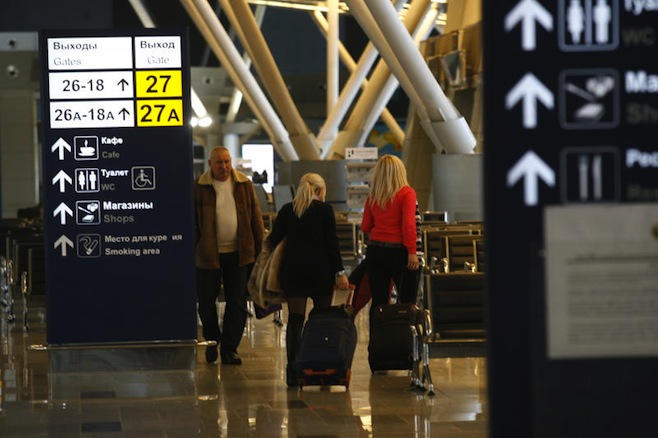 (P2) Almost one-sixth (16 percent) of respondents said that they intended to move to a different country within the next two years, the RBC news website reported.

(P3) The three most popular potential destinations were the United States, favored by 22 percent of participants, followed by Germany with 17 percent and Britain with 11 percent.

(P5) The poll was conducted in May among 467 Russian high-level managers working in local or international companies.

(P6) Those wishing to move said that they were motivated by more favorable conditions for developing private businesses, better prospects of finding investors, and a higher quality of life.

(P7) Meanwhile, the number of foreign specialists working in Russia has been dropping since 2014.

(P8) In the first 10 months of 2015, the number of work permits issued for highly qualified EU specialists fell by 57 percent compared to the same period in 2013, RBC reported, citing data from the Russian Presidential Academy of National Economy and Public Administration (RANEPA).

Entertainment, Weekly_ArticleJune 9, 2016
[Entertainment ★★★] (P1) Axl Rose has been getting back in the spotlight of late—including a show last month with AC/DC and a reunion before that with Slash of Guns N’ Roses, which might explain why he’s getting a little defensive about his image. Torrent Freak reports …
END_OF_DOCUMENT_TOKEN_TO_BE_REPLACED

Weekly_ArticleJanuary 3, 2016
Chapter 1-2: The Setting Aim: In this 30-minute lesson, you will go over the part 1-2 of the book. Go over comprehension questions after each paragraph, and practice using new expressions. After saying hello, read the following part of the book …
END_OF_DOCUMENT_TOKEN_TO_BE_REPLACED

Culture, Weekly_ArticleSeptember 9, 2016
[Culture ★★] (P1) In El Salvador, hundreds of people celebrated a dangerous annual festival. People throw fireballs at this festival, which honors a big volcanic eruption in 1922. However, another legend says that a local Christian saint fought the Devil with balls of fire. …
END_OF_DOCUMENT_TOKEN_TO_BE_REPLACED 1