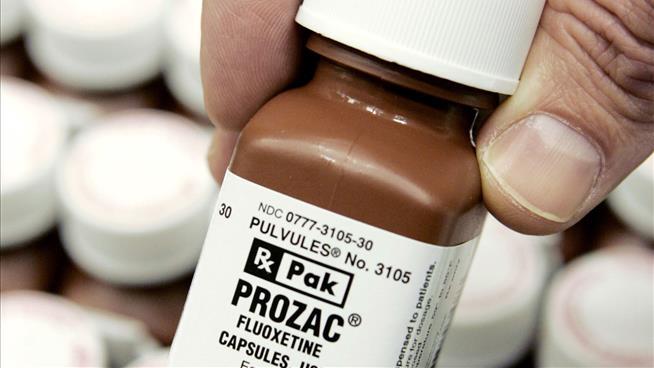 (P1) A new study suggests that giving most antidepressants to kids and teens with depression is useless, and may even be harmful. Scientists took a look at 34 trials involving 14 antidepressants and 5,260 subjects with an average age of 9 to 18, the research study notes. Drugs studied included sertraline, sold under the brand name Zoloft, and escitalopram, or Lexapro. Findings? “The only one that is better than placebo and other drugs is Prozac [fluoxetine],” says the study’s lead author, reports the AP. Venlafaxine (Effexor), meanwhile, may actually pose a danger to youngsters: Subjects who took this drug showed an increased risk of suicidal thoughts and actual attempts compared to those who used placebos and five other antidepressants. The study was published in the Lancet journal.

(P2) Because of what researchers say is a dearth of reliable data, venlafaxine may not be the only antidepressant that could prove dangerous, leading to the scientists’ own caveat for this research: that the relatively small number of eligible studies they reviewed, the flawed design of some clinical trials, and misreported results may be masking the true risk involved with the studied antidepressants. The percentage of US youngsters up to age 19 taking antidepressants rose from 1.3% in 2005 to 1.6% in 2012 despite FDA warnings and psychological interventions still being encouraged as the first resort. “We recommend that children and adolescents taking antidepressants should be monitored closely,” a study co-author writes, “particularly at the beginning of treatment.” (Paxil, one of the drugs included in this research, was found to be unsafe for teens in a 2015 study.)

★★★★, Life, Weekly_ArticleJune 16, 2016
[Life ★★★★] Ambitions. Dreams. Plans. If these words drive and motivate you, then you definitely aspire to be successful. Being aspirational is one of the most positive qualities one can possess because it pushes you forward to become a better-equipped individual. …
END_OF_DOCUMENT_TOKEN_TO_BE_REPLACED

Are you a team player?

InterviewNovember 22, 2015
“Are you a team player?” Write up your answer to the question above (a paragraph or two), and share it with your Cambly tutor to refine your answer. Tips on how to answer… You should always say yes Emphasize teamwork …
END_OF_DOCUMENT_TOKEN_TO_BE_REPLACED

Company pays its workers to sleep

Jobs, Weekly_ArticleJuly 14, 2016
[Jobs ★★] (P1) A company is paying workers to sleep. Employees will get $300 a year extra if they sleep more than seven hours a night. The company said workers will work better if they sleep well. The company will …
END_OF_DOCUMENT_TOKEN_TO_BE_REPLACED 1

Weekly_ArticleMarch 12, 2016
[ENVIRONMENT ★★★] HONDURAS REMEMBERS ENVIRONMENTAL ACTIVIST BERTA CACERES (P1) A large crowd in Honduras ACCOMPANIED the body of Berta Cáceres to its FINAL RESTING PLACE amid calls for JUSTICE over this week’s killing of the INDIGENOUS leader and ENVIRONMENTAL ACTIVIST. (P2) Many of those …
END_OF_DOCUMENT_TOKEN_TO_BE_REPLACED 1