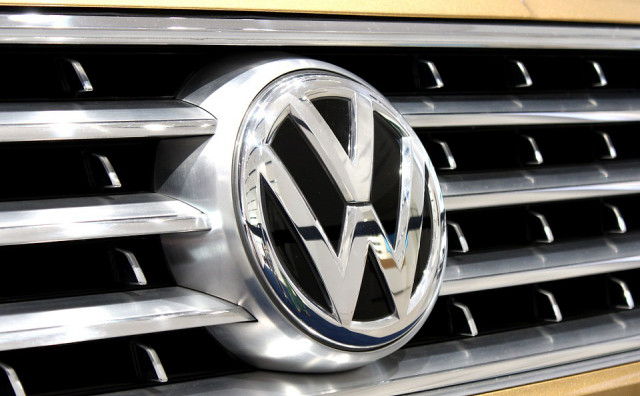 (P1) VW management has decided to scrap 40 of the company’s approximately 340 models. The German car company owns a number of nameplates which include VW, Porsche, and Audi. The decision comes as a diesel fuel emissions scandal has rocked the world’s largest car manufacturer which holds 24% of the EU market. The scandal has caused VW to post a $18 billion write-down already.

(P2) According to German paper Handelsblaat, the cuts are part of a plan called “Together–Strategy 2025” The paper also says VW will focus more on electric cars and self-driving ones.

(P3) The plan faces hurdles. The first is the battering VW has taken over the diesel debacle. Its brand may have been so badly damaged that sales could be undermined for years. Across the globe, nation after nation has started investigations of VW, and the legal battles may not be entirely settled by the end of this decade.

(P4) The second problem is a combination of factors which could make electric and self-driving sales slow. Sales of electric cars are in their infancy. It remains unclear whether these vehicles will merely be niche models like those produced by Tesla (NASDAQ: TSLA). This could be a particularly major trouble if gas prices stay low.

(P5) Nearly every major global manufacturer has jumped into the electric car and self-driving car business.  Even if sales of these do rise, VW will find itself in a crowded market, and one in which pricing could make its margins low.

(P6) While VW has impressive sales in the EU and China, whatever plans it makes may not affect U.S. sales. In America, is market share is only 2% and falling. And, it only sells a tiny number of its models here. So, as far as the U.S. it barely makes any difference how many models VW cuts.  A change in its lineup won’t do a thing to help it in the world’s second-largest car market.

Weekly_ArticleJune 22, 2016
[Sports ★★★] (P1) LeBron James and his relentless, never count them out Cavaliers pulled off an improbable NBA Finals comeback, and Cleveland is title town again at long last. James delivered on a promise from two years ago to bring a …
END_OF_DOCUMENT_TOKEN_TO_BE_REPLACED 1

Business, Weekly_ArticleNovember 6, 2015
[BUSINESS ★★★] WOMEN STILL FIGHTING FOR ACCEPTANCE IN INDIAN BUSINESS (P1) If your family has been running a business for more than 100 years, it’s probably fair to assume that you will operate the business one day, too. (P2) But not …
END_OF_DOCUMENT_TOKEN_TO_BE_REPLACED 1

Life, Weekly_ArticleAugust 29, 2015
[LIFE ★] DON’T SAY “I’M FINE” WHEN YOU’RE NOT (P1) Saying someone is being FAKE is a common complaint. According to a new study, that’s just the IMPRESSION people get when you’re not honest about your feelings. Apparently, it’s better to just …
END_OF_DOCUMENT_TOKEN_TO_BE_REPLACED 1