Gaga Just Got Banned in China 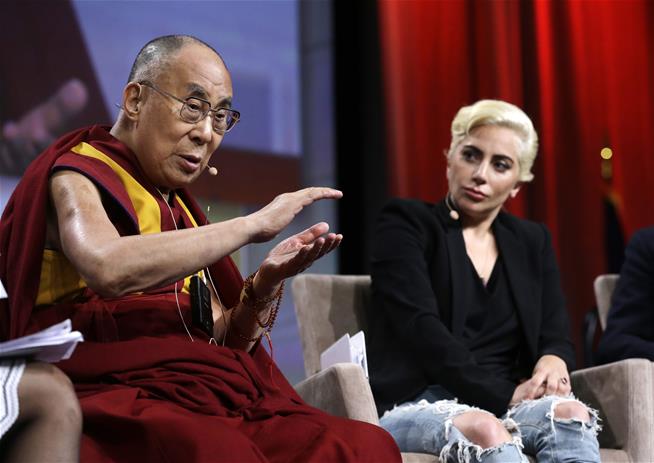 (P1) You won’t be hearing, or likely seeing, Lady Gaga in China anytime soon. After the singer met with the Dalai Lama on Sunday to talk meditation and mental health, the Communist Party’s propaganda department ordered her songs banned in China, while state-controlled media were ordered to condemn the meeting, reports the Guardian. A government rep suggests he’s never heard of the singer, whom the BBC describes “one of, if not the most, popular Western musician in mainland China”, but says the Dalai Lama was trying to promote Tibetan independence, per the AP.

Business, Weekly_ArticleJune 29, 2016
[Business ★★] (P1) A slide has opened in downtown Los Angeles, but not in a children’s park. The new Skyslide is on the outside of an office tower, 300 meters above the street. It is made of glass just 3 cm …
END_OF_DOCUMENT_TOKEN_TO_BE_REPLACED 1

Weekly_ArticleJanuary 18, 2016
Chapter 3-5: The End of the Night Aim: In this 30-minute lesson, you will go over the part 3-5 of the book. Go over comprehension questions after each paragraph, and practice using new expressions. After saying hello, read the following …
END_OF_DOCUMENT_TOKEN_TO_BE_REPLACED

Weekly_ArticleAugust 31, 2016
[Animals ★] (P1) This news is about Bewick’s swans. These swans migrate every year. They fly from the Russian Arctic to Britain. This is 7,242 kilometers across 11 countries. (P2) There are fewer swans now than in the past. People shoot the …
END_OF_DOCUMENT_TOKEN_TO_BE_REPLACED 1

What are some useful ways to describe people?

Q&A, UncategorizedJanuary 11, 2020
When describing someone, you might use adjectives such as tall, short, curly-haired, bearded, etc. to talk about their appearance. But when you talk about their personality traits and temperaments, you will need to be more descriptive than just saying they …
END_OF_DOCUMENT_TOKEN_TO_BE_REPLACED