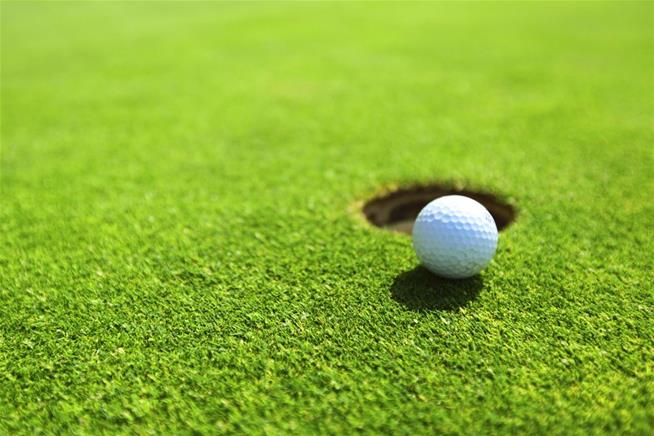 (P1) Deadspin has a bizarre story about a Virginia judge banning a 10-year-old golf prodigy from playing golf. The unnamed girl has won 11 of the past 12 youth tournaments she’s played in and even took first place in an all-ages women’s competition. “She’s really good,” says Kris Tschetter, a former pro who’s given lessons to the girl. “Like, really, really good.” But the girl has also been the subject of a seven-year custody battle between her parents. At the most recent hearing this month, which the girl’s father, Michael Vechery, participated in without a lawyer, Judge Jeanette Irby ruled the girl can’t play in any tournaments or get lessons from pros for one year. She’s also prohibited from playing more than one round of golf per week with her father.

(P2) Irby’s ruling doesn’t make it clear why the girl, who’s said she may want to play professionally one day, was banned from golf, and Irby declined to comment for the Deadspin article. However, he’s not the first judge to address the girl’s golf playing. “Maybe she will be the next female version of Tiger Woods,” another judge said in a hearing last November. “I don’t know, don’t really care.” Tschetter, who says the girl is already good enough to play college golf, calls the ruling “negligent“: “Did anybody ask the child if she wants to play?” The father of the world’s top-ranked 11-year-old golfer says Irby is essentially taking away the girl’s shot at a college scholarship and calls the ruling “unreal.” Vechery says he plans to appeal the ruling, and the PGA is helping him find a lawyer. But it could take 10 months to get another hearing, so the ban is likely a reality for his daughter.

Lifestyle, Weekly_ArticleJuly 6, 2016
[Lifestyle ★★★] (P1) Consulting firm Mercer recently released their annual cost of living survey, which also included information on the most and least expensive places for expats to live. Coming in at the most expensive city for expats was Hong Kong, where a …
END_OF_DOCUMENT_TOKEN_TO_BE_REPLACED 1

Technology, Weekly_ArticleApril 29, 2016
[Technology ★★★] (P1) New technology in the world of police and crime aims at making it easier to catch criminals. Researchers and computer experts are working on new computer programs that try to find out which areas of a city might be more prone to crime than others. (P2) …
END_OF_DOCUMENT_TOKEN_TO_BE_REPLACED

Weekly_ArticleApril 9, 2016
[Food ★★] (P1) Meet the so-called King of Kebabs, the Royal. It’s new to London, and you can get a very good and very expensive kebab there. It costs 925 pounds and its creator says that it is worth every …
END_OF_DOCUMENT_TOKEN_TO_BE_REPLACED 1