This Russian City Is Called the ‘Graveyard of the Earth’ 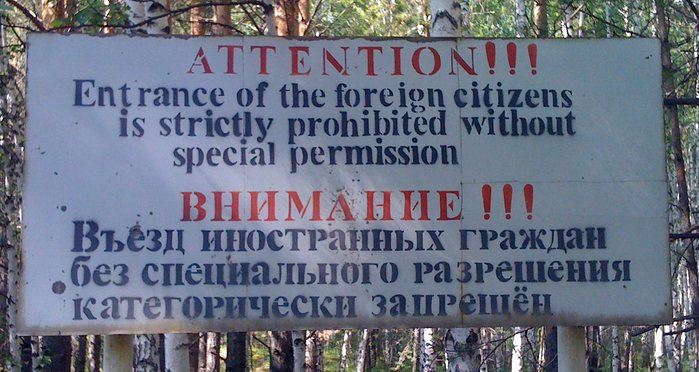 (P1) On the face of it, the living is good in Ozersk, Russia. The 100,000 people living in the city tucked in the Ural Mountains have always had plenty of food, private apartments, well-regarded schools, and good healthcare, even when the rest of the country lived in poverty. However, there are a few downsides for locals, the Guardian reports: “Their water is contaminated, their mushrooms and berries are poisoned, and their children may be sick.” Ozersk, or City 40 as it was first called, is where the Soviet Union’s nuclear weapons program was born. In the 70 years since the city was secretly built around the Mayak nuclear plant, its residents have been victims of nuclear accidents; waste from the nuclear plant is dumped into local lakes and rivers.

(P2) “The rate of cancer is enormous and their kids are born with cancer,” Samira Goetschel, who made the documentary City 40, told Vice in May. “They die from cancer. But they take it as part of life.” So why do the denizens of Ozersk remain in a city called the “graveyard of the Earth”? At first, they had no choice. Ozersk is a closed city, and for its first several year’s residents could neither leave nor communicate with the outside world. Now, residents may obtain an exit visa on certain days, but other Russians and any foreigners aren’t allowed in without approval. “You know, it’s double barbed-wire fences, it’s heavily guarded,” says Goetschel, who managed to gain access. Residents today have the choice to leave and never return, per the Guardian, but “few do because it would mean losing the privileges of being a resident of this closed city.”