Man Late for His Flight Chases Plane Across Tarmac 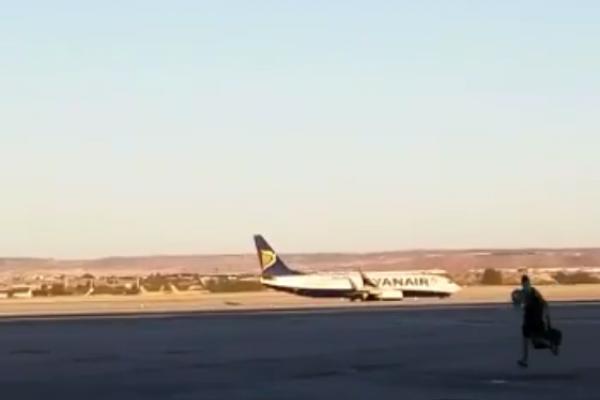 (P1) Look, no one wants to miss their flight, but sometimes you just have to deal with it. The Guardian reports a man was late for his flight from Madrid to the Canary Islands on Friday. Instead of giving up, he ducked out a fire escape and chased a Ryanair plane down the tarmac.

(P2) The whole thing was caught on video and posted on Facebook. Workers stopped the man before catching the plane, which was actually the wrong one. He still somehow managed to get onto his flight, according to CNN. He was arrested upon landing in the Canary Islands.

Lava Goes to the sea

Weekly_ArticleAugust 10, 2016
[World News ★★] (P1) This spectacular footage filmed from a helicopter shows red-hot lava meeting the sea. (P2) The Kilauea volcano in Hawaii has been erupting for the past two months. The molten rock has now traveled six miles to the Pacific Ocean. (P3) …
END_OF_DOCUMENT_TOKEN_TO_BE_REPLACED 1

Technology, Weekly_ArticleNovember 3, 2014
Have you ever been a minority in a society? Last week, Tim Cook publicly acknowledged his sexual orientation and many around the world appreciated his brave action. Read his moving speech and figure out why he says “I’m proud to be gay, …
END_OF_DOCUMENT_TOKEN_TO_BE_REPLACED

Life, Weekly_ArticleJuly 18, 2015
[LIFE ★★] RICH AND AMERICAN? AUSTRALIA WANTS YOU (P1) FLUSH WITH the success of a millionaire visa program to ATTRACT wealthy Chinese, Australia is now promising citizenship to rich Americans who are WILLING to bring their cash and ENTREPRENEURIAL talent DOWN …
END_OF_DOCUMENT_TOKEN_TO_BE_REPLACED 1