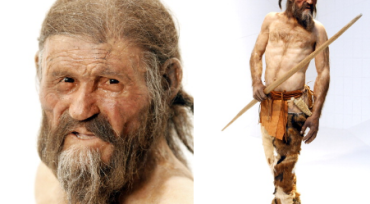 (P2) Otzi’s clothes were from goat leather, bear fur, and other animals. His shoes were made from grass. He had 61 tattoos. These were to make the pain go away. The tattoos were not for beauty. He had problems with his heart and with his teeth. Otzi was 45 when he died. Someone killed him with an arrow. It hit him in the head.

Weekly_ArticleAugust 23, 2016
[Entertainment ★★] (P1) Disney is transforming “Star Wars” from a galaxy far, far away to California and Florida. Disney announced plans to bring the film franchise to two of its parks. The project will feature two new rides, including one where people take control of the …
END_OF_DOCUMENT_TOKEN_TO_BE_REPLACED 1

WROCLAW IS 2016 EUROPEAN CAPITAL OF CULTURE

Weekly_ArticleJanuary 24, 2016
[CULTURE AND ENTERTAINMENT ★★] WROCLAW IS 2016 EUROPEAN CAPITAL OF CULTURE (P1) Combining a long Polish and German HERITAGE, Poland’s western city of Wroclaw becomes one of the European Capitals of Culture in 2016. (P2) Formerly known as Breslau and part …
END_OF_DOCUMENT_TOKEN_TO_BE_REPLACED 1

Technology, Weekly_ArticleJanuary 17, 2016
[TECHNOLOGY ★] WHERE ELECTRONIC GOODS GO TO DIE (P1) At a vast dumpsite in the west of Ghana’s capital Accra, small fires burn among piles of old computers, television screens, and laptops. (P2) This is one of the biggest dumps for …
END_OF_DOCUMENT_TOKEN_TO_BE_REPLACED 1

Weekly_ArticleSeptember 15, 2016
[Animals ★★] (P1) In Cuba, a pig gave birth to a litter of piglets but died afterward. A man collected the piglets and brought them home. (P2) He put the piglets together with his dog, who was feeding her pups. He wanted to …
END_OF_DOCUMENT_TOKEN_TO_BE_REPLACED 1