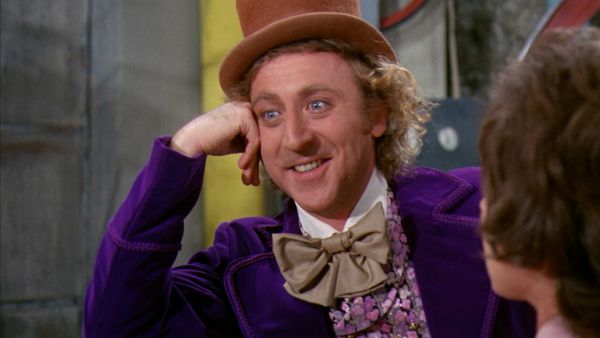 (P1) Gene Wilder, the iconic star of such comedy classics as Young Frankenstein and Willy Wonka and the Chocolate Factory, is dead at age 83. The actor’s nephew tells Variety Wilder died at his Stamford Connecticut home of Alzheimer’s complications Monday. Jordan Walker-Pearlman says in a statement that Wilder’s family was “lucky”: “This illness-pirate, unlike in so many cases, never stole his ability to recognize those that were closest to him, nor took command of his central-gentle-life affirming core personality.”

(P2) The family did not disclose Wilder’s illness not because of “vanity,” the statement continues, “but more so that the countless young children that would smile or call out to him ‘there’s Willy Wonka.” He would not have to be then exposed to an adult referencing illness or trouble. They didn’t want delight to travel to worry, disappointment, or confusion. Mr. Wilder simply couldn’t bear the idea of one less smile in the world.” Variety notes that Wilder did not work regularly after the death of his wife, Gilda Radner, from ovarian cancer in 1989, but he did win an Emmy in 2003 for a guest role on Will & Grace. He is survived by his fourth wife, Karen Boyer whom he married in 1991.

Waiter tipped $500 for his kindness

NEW ZEALAND IS CONSIDERING NEW DESIGN FOR ITS FLAG

Weekly_ArticleDecember 20, 2015
[WORLD NEWS ★★] NEW ZEALAND IS CONSIDERING NEW DESIGN FOR ITS FLAG (P1) The British Union Jack once SYMBOLIZED the reach of a powerful EMPIRE — but it may need to YIELD soon to a DELICATE silver FERN. At least on …
END_OF_DOCUMENT_TOKEN_TO_BE_REPLACED 1

Life, Weekly_ArticleSeptember 5, 2015
[LIFE ★★] THE NEW DATING GAME (P1) In his new book, Date-onomics: How Dating Became a LOPSIDED Numbers Game, author and former Fortune and Money columnist Jon Birger CRUNCHES SOME NUMBERS from the U.S. Census Bureau and other social surveys in order to SHED SOME …
END_OF_DOCUMENT_TOKEN_TO_BE_REPLACED

Business, OrganizationsNovember 23, 2022
Remote working. Social distancing.  Zoom meetings. E-commerce. Online conferences. Digital processes. Many of us did not expect that we would encounter these concepts every day – not until March 2020. Since the COVID-19 pandemic, from our work environment to company …
END_OF_DOCUMENT_TOKEN_TO_BE_REPLACED