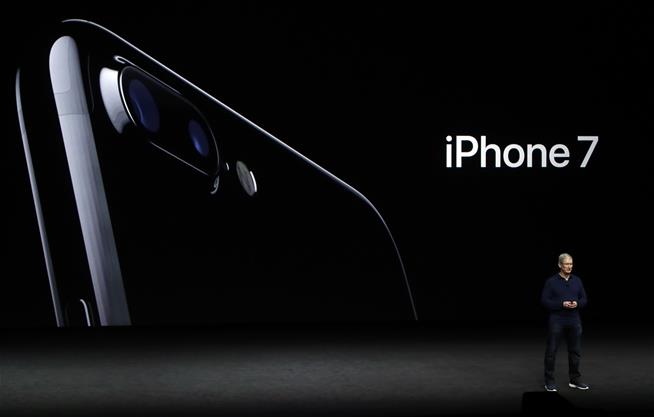 (P1) This year’s iPhone, revealed Wednesday, is seen as a more modest upgrade, as several analysts noted that it was increasingly difficult to make impressive changes in hardware, the AP reports. Among Apple’s biggest changes are nixing the headphone jack and adding a “dual lens” camera to the higher-priced 7 Plus model. Some thought that could be enough to entice new users. “I believe Apple did enough to keep the base happy with upgrades and arguably did enough to attract some Android users,” one analyst says.

(P2) Many longtime Apple users had been complaining on social media about the lack of a headphone jack in the new phones. But another analyst says she doesn’t think that will turn off prospective iPhone buyers. “Three months later, it will be, ‘Why did we ever have that?” she says. But while Apple’s claims for its new “Air Pods” wireless earbuds seem technically impressive, Bob O’Donnell of Technalysis Research says people are likely to lose them. “You start losing those things, at $160 a pair, you’re going to go crazy.”

Culture, Weekly_ArticleSeptember 9, 2016
[Culture ★★] (P1) In El Salvador, hundreds of people celebrated a dangerous annual festival. People throw fireballs at this festival, which honors a big volcanic eruption in 1922. However, another legend says that a local Christian saint fought the Devil with balls of fire. …
END_OF_DOCUMENT_TOKEN_TO_BE_REPLACED 1

Weekly_ArticleMay 21, 2015
[SPORTS★★ – TOXIC SPRAY ATTACK ON SOCCER PLAYERS HALTS GAME IN ARGENTINA] (P1) Prosecutors are investigating a toxic spray attack on River Plate players as they entered the field for the second half of last night’s Libertadores Cup soccer game at Buenos …
END_OF_DOCUMENT_TOKEN_TO_BE_REPLACED 1