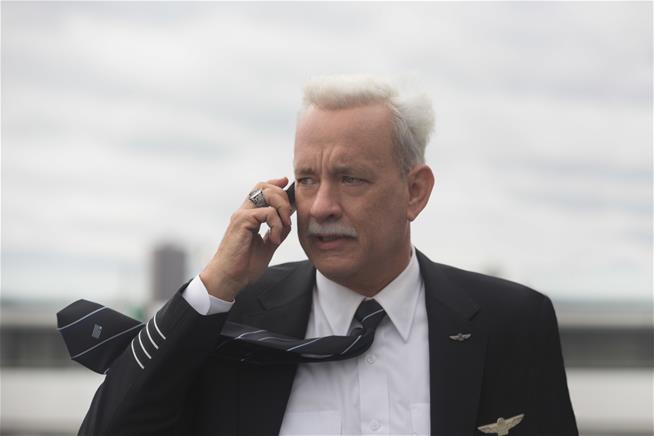 (P1) Sully took flight in theaters this weekend and has landed with a solid $35.5 million to take the top spot at the box office, according to studio estimates Sunday. The Clint Eastwood-directed film about the Miracle on the Hudson stars Tom Hanks as Captain Chesley “Sully” Sullenberger, who made an emergency landing of US Airways Flight 1549 in the Hudson River in 2009, minutes after taking off. The Warner Bros. film cost a reported $60 million to produce and scored particularly well with audiences, reports the AP; it’s also the best debut for Eastwood as director, notes USA Today.

(P2) Taking second place with $15 million is the Screen Gems thriller When the Bough Breaks starring Morris Chestnut and Regina Hill. Holdovers Don’t Breathe and Suicide Squad took spots three and four, while the animated The Wild Life opened in fifth with a dim $3.4 million.

Lifestyle, Weekly_ArticleSeptember 21, 2016
[Lifestyle ★★★] (P1) History was made at the New York Fashion Week when there was a collection in which every model wore a hijab. The hijab is a veil worn by Muslim women that covers the head. It has been …
END_OF_DOCUMENT_TOKEN_TO_BE_REPLACED 2

Technology, Weekly_ArticleOctober 28, 2014
Comment [Technology★]This Study Reveals An Interesting Truth About How Men And Women Are Harassed Online (P1) The Pew Research Center on Wednesday released a study about online harassment. According to the study, which asked 2,849 people about different forms of …
END_OF_DOCUMENT_TOKEN_TO_BE_REPLACED

Prisoners Save a Guard

Weekly_ArticleJuly 27, 2016
[World News ★★] (P1) In Texas, USA, some prisoners did a very surprising thing. When they saw their guard collapse outside their cell, they broke out not to run away but to help him. They called for help and when no one …
END_OF_DOCUMENT_TOKEN_TO_BE_REPLACED 1