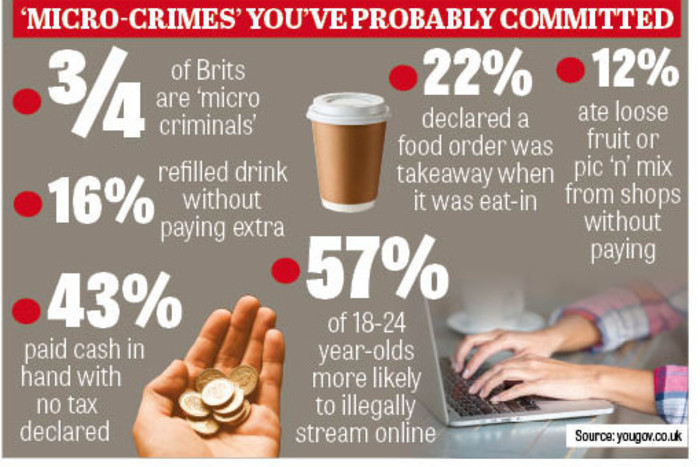 (P1) A new report says there is a “wave of micro crime” in Britain. Researchers were shocked by their findings. One researcher said three in every four people you see in the UK are hiding a criminal history. Up to 74 percent of British people are ‘micro-criminals’. They have done at least one minor, ‘micro’ crime.” The most common crime is paying someone cash when they know that person will not pay tax on it.

Health, Weekly_ArticleOctober 11, 2016
[Health ★★★] (P1) Shopping may be bad for your wallet but it is good for your health, say some experts.  Recent studies have shown that “retail therapy” is an effective way of helping people to deal with depression.  People who …
END_OF_DOCUMENT_TOKEN_TO_BE_REPLACED

Weekly_ArticleMay 19, 2016
[World News ★★] (P1) A Canadian driver got a scary surprise Thursday night when she drove right into Lake Huron while following GPS instructions, the CBC reports. Still unidentified, the woman was navigating foggy weather in Tobermory, Ontario, when she turned down …
END_OF_DOCUMENT_TOKEN_TO_BE_REPLACED