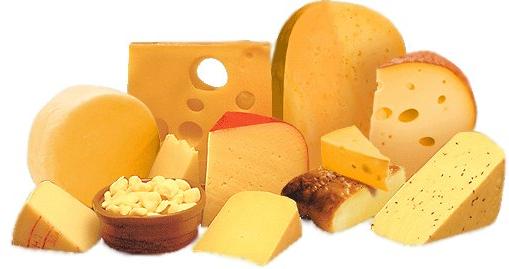 (P1) Consuming dairy cheese instead of other sodium-laden foods may actually protect against some of sodium’s effects on the cardiovascular system, such as high blood pressure, according to researchers at Penn State.

(P2) The researchers say the protection comes from antioxidant properties of dairy proteins in cheese.

(P4) “We are already aware that at the population level, people who eat more dairy typically have lower blood pressure,” Alexander added.

(P5) The data suggest that when sodium is consumed in cheese it does not have the negative vascular effects that researchers observed with sodium from non-dairy sources. The researchers interpret this to mean that the proteins and nutrients in cheese may be protecting the blood vessels from the short-term negative effects of sodium. However, it is not known if this protection extends over the long term.

(P6) For the study, Alexander and colleagues fed participants dairy cheese, pretzels, or soy cheese on five separate occasions, three days apart. They then compared the effects of each food on the cardiovascular system using a laser-Doppler, which shines a weak laser light onto the skin.

(P7) The laser light reflects off red blood cells that flow through the vessels just under the skin, allowing researchers to measure how much the blood vessels dilate in response to skin warming and how much of that dilation is due to the production of nitric oxide, a gas that’s naturally produced in the body to deliver messages between cells.

(P8) The goal was to compare the effect of short-term dairy-cheese consumption to sodium consumption from non-dairy sources.

(P9) Soy served as an additional control to match the fat, salt, and protein content from a dietary source that is not dairy-based.

(P10) “We found that when our subjects ate a lot of sodium in cheese, they had better blood vessel function, more blood flow, compared to when they ate an equal amount of sodium from non-dairy sources, in this case, pretzels and soy cheese,” said Anna Stanhewicz, co-investigator and postdoctoral fellow in the Center for Healthy Aging.

(P13) The researchers reported their findings in the British Journal of Nutrition. Other researchers involved included Billie Alba, a pre-doctoral student in the Department of Kinesiology, and W. Larry Kenney, professor of kinesiology and Marie Underhill Noll Chair in Human Performance.

(P14) An ongoing follow-up study tests the same effects over a longer period of time.

Weekly_ArticleOctober 24, 2015
[ENVIRONMENT ★★★] VOLCANO COULD MEAN EXTINCTION FOR ROCKET FROG (P1) Biologists near Quito, Ecuador, are rushing to EVACUATE a CRITICALLY ENDANGERED FROG SPECIES before a VOLCANIC ERUPTION WIPES IT OUT. (P2) The small, chocolate-striped rocket frog was once common around Quito, even in …
END_OF_DOCUMENT_TOKEN_TO_BE_REPLACED 1

Weekly_ArticleApril 22, 2015
[Business★★] The Right Answer to ‘What Is Your Greatest Weakness?’ And Why It Matters [Thoughts★] Why Steve Jobs was such a jerk to employees [Thoughts★★] Steve Jobs Commencement Speech part3 [Thoughts★★★] Top US analyst: We made 5 dangerously wrong assumptions …
END_OF_DOCUMENT_TOKEN_TO_BE_REPLACED

Q&A, UncategorizedJanuary 10, 2020
This is where a student must think creatively and use concepts. Think of yourself as being inside a sheep pen. “In the park” means we are within the boundaries (perimeters) of the park, so we are inside those lines. This …
END_OF_DOCUMENT_TOKEN_TO_BE_REPLACED