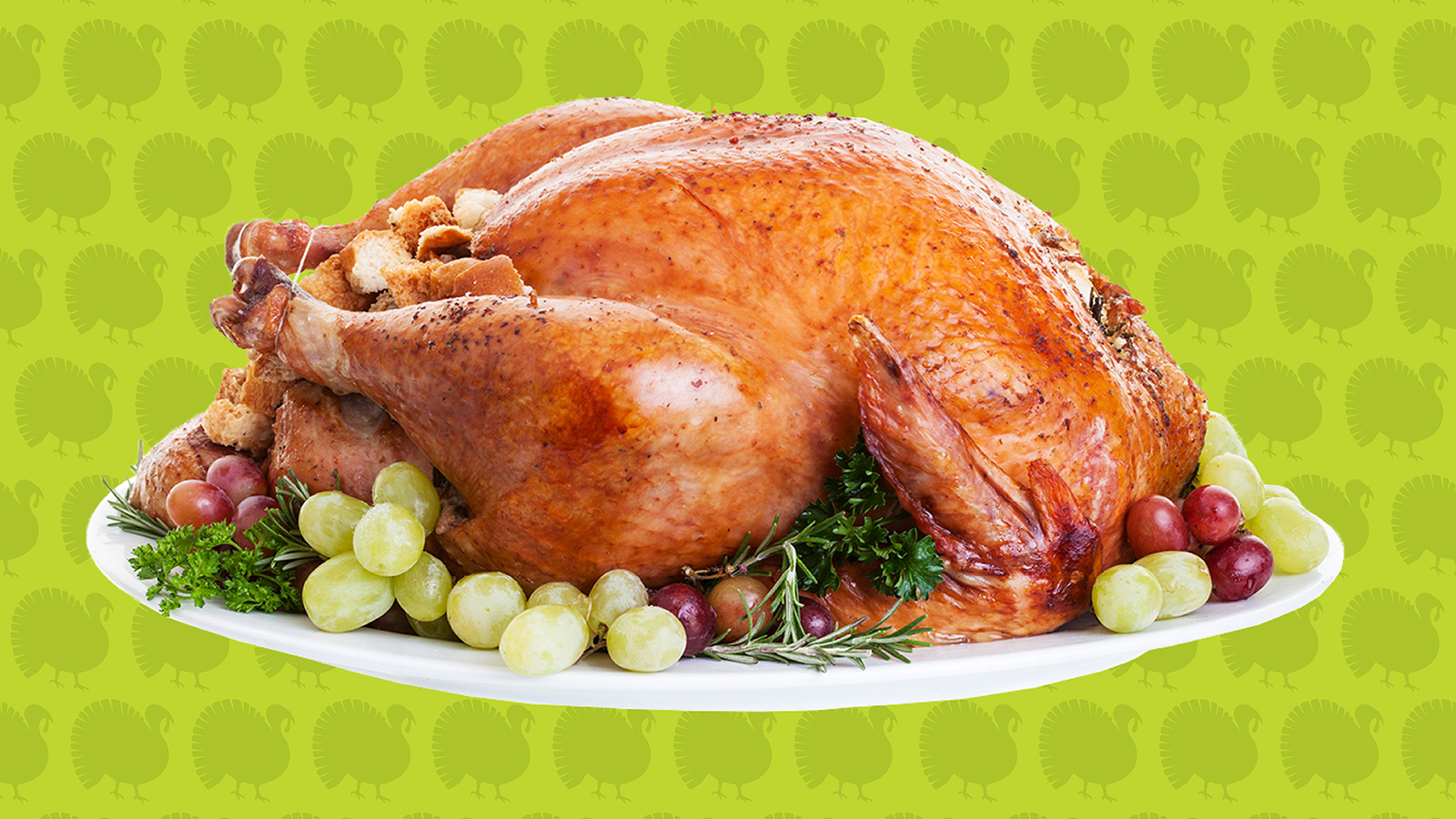 (P1) Each year Americans in the United States celebrate the Thanksgiving holiday on the fourth Thursday of November. Most families follow traditions begun on the first Thanksgiving, but many have their own traditions that they follow each year. Here are some of the common traditions associated with “Turkey Day.”

Travel : (P2) One of the best things about Thanksgiving is spending time with family. Many people live far from family members and travel long distances by car, train, or plane to be with their loved ones. Thanksgiving is the busiest travel day of the year!

The Feast : (P3) Traditional foods are a large part of Thanksgiving celebrations. Many families include the entire family in the food preparation. Traditional foods include turkey, stuffing, gravy, sweet potatoes, cornbread, mashed potatoes, and cranberry sauce. Many people serve pie for dessert at the end of the meal. Popular pie flavors are pumpkin, pecan, sweet potato, and apple.

Vegetarian Foods : (P4) Some families choose to serve vegetarian Thanksgiving dinners instead of a stuffed turkey. Some people eat vegetarian turkey, which is made out of tofu. Others prefer to eat squash, salads, or other fruit and vegetable dishes.

The Wishbone : (P5) Some families include breaking the turkey’s wishbone as part of their celebration. The wishbone is found attached to the breast meat in the turkey’s chest. After the meat has been removed and the wishbone has had a chance to become dry and brittle, two people each take one end of the bone, make a wish, and pull. Whoever ends up with the larger part of the bone gets their wish!

The Turkey Pardon : (P6) Each year at Thanksgiving, the President of the United States receives a gift of a live turkey (along with an alternate in case something happens to the official turkey). At a White House ceremony, the president traditionally “pardons” the National Thanksgiving Turkey and the alternate turkeys, allowing them to live out the rest of their lives on a farm.

Helping Others : (P7) Many generous folks use Thanksgiving as an opportunity to help the less fortunate. Some people volunteer to serve food at homeless shelters on Thanksgiving Day and others donate to shelters or participate in canned food drives.

After the Meal : (P9) After the feast families often do additional activities. Some like to take walks after eating such a large meal. Some people take naps. Others sit down together to play board or card games together.

★★★★, Culture, Weekly_ArticleNovember 8, 2016
[Culture ★★★★] (P1) On October 3, 1863, with the nation embroiled in a bloody Civil War, President Abraham Lincoln issued a proclamation setting aside the last Thursday in November as a national day of thanks, setting the precedent for the …
END_OF_DOCUMENT_TOKEN_TO_BE_REPLACED

Having Trouble Concentrating? Time to Repaint Your Room

Science, Weekly_ArticleJune 29, 2016
[Science ★★★] (P1) Is your kid having a hard time concentrating on her homework? It might be time to repaint her room, according to a new study out of Australia. Science Network WA reports researchers found that brightly colored rooms, specifically ones …
END_OF_DOCUMENT_TOKEN_TO_BE_REPLACED 1

ACID FROM TRAIN WRECK LEAKS INTO NEARBY RIVER

Weekly_ArticleJanuary 3, 2016
[ENVIRONMENT ★★] ACID FROM TRAIN WRECK LEAKS INTO NEARBY RIVER (P1) Authorities fear SULPHURIC ACID has LEAKED from a DERAILED FREIGHT TRAIN near the town of Julia Creek in north-west Queensland, Australia, into a nearby WATERWAY. (P2) For almost three days, …
END_OF_DOCUMENT_TOKEN_TO_BE_REPLACED 1

Weekly_ArticleNovember 23, 2016
[Animals ★] (P1) Shanti is an elephant. She paints pictures. One picture costs 2000 dollars. Some people pay the 2000 dollars for one picture. (P2) Shanti painted 12 pictures but now she stops. The director of the Prague gallery knows …
END_OF_DOCUMENT_TOKEN_TO_BE_REPLACED 1