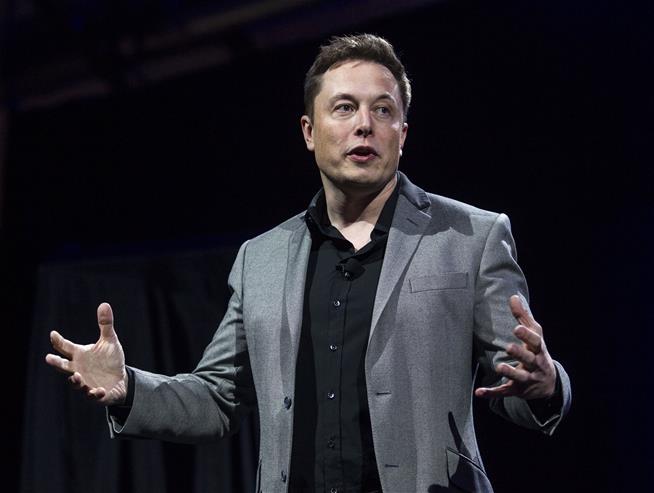 (P1) Tesla CEO Elon Musk says his company’s new solar roof will actually cost less for homeowners to install than a regular roof, Bloomberg reports. “So the basic proposition will be: Would you like a roof that looks better than a normal roof, lasts twice as long, costs less and, by the way, generates electricity?” Musk says. “Why would you get anything else?” According to Business Insider, Musk made the surprising pronouncement after 85% of Tesla shareholders approved a $2 billion merger with solar-energy specialist SolarCity on Thursday. Musk wants solar roofs to be “as appealing as electric cars,” Fortune reports.

(P2) Musk first unveiled Tesla’s new solar shingles last month but didn’t specify a cost. They’re made of tempered glass and specially designed solar film and, according to Bloomberg, are “virtually indistinguishable from high-end roofing products.” And therein lies the catch: When Musk says they’ll cost less than a traditional roof, he’s talking about the fancy terra-cotta and slate roofs on which they were modeled, not asphalt roofs, which can be 20 times cheaper. Still, Bloomberg states the Tesla solar roof “could be a real turning point in the evolution of solar power.”

Weekly_ArticleNovember 23, 2016
[Food ★★] (P1) Sushi is a traditional food from Japan. It is popular in countries all over the world. Sushi restaurants have become very popular in many Asian, North American, and European cities. (P2) Sushi is made with rice. It …
END_OF_DOCUMENT_TOKEN_TO_BE_REPLACED 1

★★★★, Medical, Weekly_ArticleJune 16, 2016
[Medical ★★★★] (P1) A new study suggests that giving most antidepressants to kids and teens with depression is useless, and may even be harmful. Scientists took a look at 34 trials involving 14 antidepressants and 5,260 subjects with an average …
END_OF_DOCUMENT_TOKEN_TO_BE_REPLACED 1

Technology, Weekly_ArticleJanuary 24, 2016
[TECHNOLOGY ★★] LIVE VIRTUAL REALITY IS NOT READY FOR THE MARKET (P1) Ah, virtual reality. Put your smartphone inside a pair of goggles, strap them to your head, and — PRESTO! — you’re transported to a computer-generated world, whether it’s a …
END_OF_DOCUMENT_TOKEN_TO_BE_REPLACED 1

ARE THESE SAND SCULPTURES TOO SEXY?

Weekly_ArticleDecember 13, 2015
[CULTURE AND ENTERTAINMENT ★★] ARE THESE SAND SCULPTURES TOO SEXY? (P1) Sand SCULPTURES of CURVACEOUS, full-bottomed women on Copacabana beach may be one of Rio de Janeiro’s WACKIER TOURIST ATTRACTIONS, but now they’re UNDER FIRE from a resident’s association claiming the …
END_OF_DOCUMENT_TOKEN_TO_BE_REPLACED 1