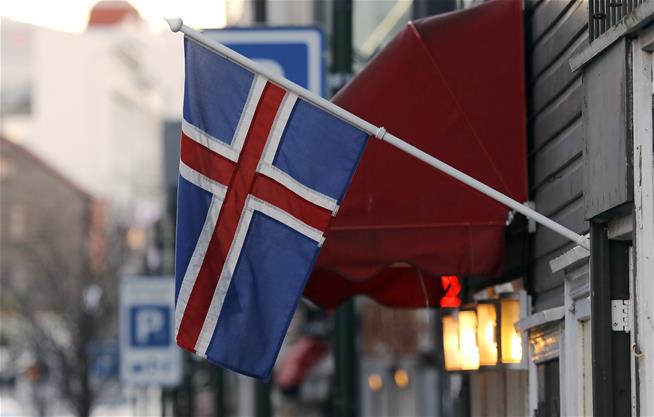 (P1) It’s Iceland vs. Iceland. The island nation of Iceland says it’s taking legal action against British frozen-food chain Iceland over the right to use their shared name. Iceland’s Ministry of Foreign Affairs says it has challenged Iceland Foods at the European Union Intellectual Property Office. It says it is acting because the retail chain “aggressively pursued” Icelandic companies using the word Iceland in their branding, the AP reports. Iceland Foods holds a Europe-wide trademark registration for the word “Iceland,” and the Nordic country’s government said it was “exceptionally broad and ambiguous in definition.”

(P2) In a statement, the ministry said the situation has left the country’s firms “unable to describe their products as Icelandic.” The retailer, which has operated supermarkets across Britain for 46 years, said it would fight the claim. It said it does not believe “any serious confusion or conflict has ever arisen in the public mind” between the chain of stores and the volcanic Viking-founded nation. “We hope that the government will contact us directly so that we may address their concerns,” the company said. The two Icelands’ once had a close relationship. Icelandic retail conglomerate Baugur Group held a major stake in the grocer until Baugur’s collapse in the wake of the 2008 global financial crisis that devastated Iceland’s economy.

Weekly_ArticleMay 14, 2015
[BUSINESS★★] SOME ON WALL STREET SAY $1.2 TRILLION IN STUDENT DEBT COULD TRIGGER THE NEXT MARKET CRASH [BUSINESS★★★] IS THE IDEA OF “PAYING YOUR DUES” OUTDATED? [LIFE★] THIS COUPLE BUILT THIS INCREDIBLE TINY HOME THAT THEY ABSOLUTELY LOVE [LIFE★] TEXAS A&M PROFESSOR FAILS ENTIRE …
END_OF_DOCUMENT_TOKEN_TO_BE_REPLACED

★★★★, Weekly_ArticleOctober 11, 2016
[Food ★★★★] (P1) The next time you fire up the grill, give your taste buds a thrill with recipes that are inspired by some of the best cuisines from around the world. These recipes from Omaha Steaks will take you …
END_OF_DOCUMENT_TOKEN_TO_BE_REPLACED 1

Robots in our lives

Science, Weekly_ArticleMay 28, 2016
[Science ★] (p1) Robots are part of our lives, and they are about to be even more present. The first example is going to be self-driving cars. In the next 20 or 30 years, we will start to see serious humanoid robots …
END_OF_DOCUMENT_TOKEN_TO_BE_REPLACED 1