Man lived in the woods for 27 years 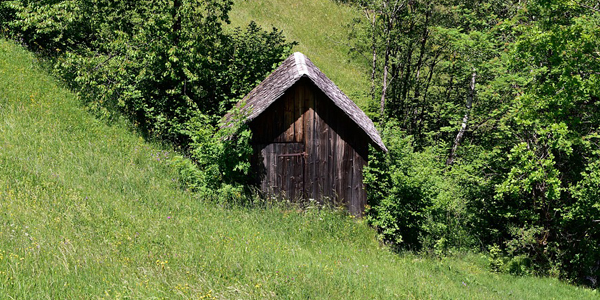 (P1) In 1986, Christopher Knight walked into the woods in Maine. He stayed there for almost three decades as a hermit. He had very little contact with humans and stole from nearby camps.

(P2) To survive the harsh winters, he built a large camp about 20 miles north of Augusta. He covered his tent with a tarp and used camouflage trash cans to hide where he was.

(P3) Christopher said that the last major event he remembered happening was the Chernobyl accident in 1986. That was not the reason he went into the woods.

(P4) Police caught and arrested him at the Pine Tree Camp where he had been stealing food. Christopher told police officers that he had talked to only one person in 27 years. Police charged him with one count of burglary so far.

Weekly_ArticleDecember 20, 2016
[Travel ★★] (P1) Vietnam is a country in Southeast Asia. The official name of the country is the Socialist Republic of Vietnam. The capital of Vietnam is Hanoi. The largest city is Ho Chi Minh City. That city was called …
END_OF_DOCUMENT_TOKEN_TO_BE_REPLACED 1

Science, Weekly_ArticleJune 9, 2016
[Science ★] (P1) Do you like Swiss cheese? Do you know why there are holes in it? It is not because of hungry mice. It is because of hay. (P2) A little bit of hay gets into the milk. When the milk turns …
END_OF_DOCUMENT_TOKEN_TO_BE_REPLACED

How the World Attracts Chinese Tourists

Weekly_ArticleApril 29, 2016
[Travel News ★★★] (P1) A hundred million tourists from China travel to all corners of the world every year. Destinations around the world are fighting desperately to attract these tourists because they know Chinese big spenders will bring them money in the following decades. In 2013 alone, Chinese travelers spent over 100 billion dollars abroad. (P2) …
END_OF_DOCUMENT_TOKEN_TO_BE_REPLACED

Lifestyle, Weekly_ArticleAugust 17, 2016
[Lifestyle ★★] (P1) A special restaurant opens in London. Everything in it is 3D printed. The food is even 3D printed. (P2) The restaurant’s boss says that the future is coming quickly. A lot of people are excited. Some people are …
END_OF_DOCUMENT_TOKEN_TO_BE_REPLACED 1