Food-like smell on plastic may lure seabirds to eat it 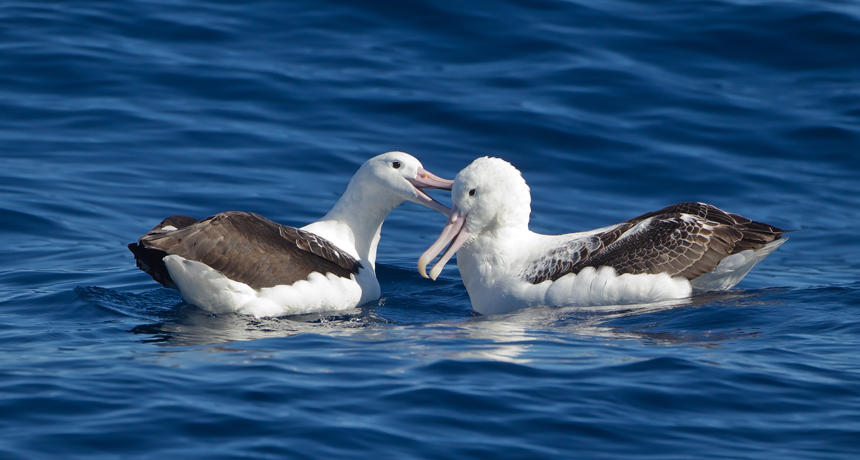 (P1) Whether it’s steak and potatoes or spaghetti and meatballs, the smell of dinner can be irresistible. Certain species of seabirds have a similar reaction to the scent of food. They use a particular odor to track down a meal. But that can be a problem as more plastic trash finds its way into the ocean. Plastic can absorb a scent that should point to prey. This can trick the birds into eating that plastic, researchers now report.

(P2) Plastic is a huge problem for ocean animals, notes Gabrielle Nevitt. She is a zoologist at the University of California, Davis. When animals eat plastic, it can make them sick. It might even kill them. It has not been clear why they have been eating it, especially because plastic doesn’t look like sea-based food.

(P3) Nevitt and colleagues started to think about what other senses, aside from sight, are important to ocean animals. To seabirds, such as petrels and albatrosses, “smell is super important,” she says. To find food, they rely on the odor that comes from a chemical called dimethyl sulfide (Dy-METH-ul SUL-fyde), or DMS. It is released into the air and the water when single-celled ocean life called phytoplankton are eaten or crushed. “To us, DMS smells a bit like seaweed or like an oyster,” Nevitt says. To the birds, it smells like dinner.

(P4) Studies have shown that phytoplankton and other tiny critters can grow on plastic in the ocean. Scientists call this biofouling. Earlier research had shown that seabirds such as petrels eat a lot of plastic. Nevitt and colleagues wanted to know if there was some connection to that biofouling.

(P5) To find out, the researchers put mesh bags of plastic beads into the ocean. They tethered the beads to ocean buoys for three weeks. When they came back to pick them up, the beads were covered in slime. And that slime gave off the scent of DMS. The odor was so strong that petrels and similar seabirds would definitely be able to smell it, the scientists report.

(P6) Nevitt and colleagues then used statistics to check the connection among the seabirds, DMS and how much plastic, birds ate. Species that hunt using DMS ate much more plastic than did birds that don’t use this scent to find food. The researchers reported their finding November 9 in Science Advances.

(P7) This idea that plastic can fool birds into thinking it is food is ominous, says Alistair Dove. He is a marine scientist at the Georgia Aquarium in Atlanta. He was not involved in the new work but studies other animals, such as whale sharks, which might also be affected by food-scented plastic debris.

(P8) The new research is “pretty convincing stuff,” Dove says. “If you want to truly understand what impact we have on ocean life, you have to put yourself in the animals shoes and try to experience the changing ocean the way they do,” he explains. “In this case, the scientists asked ‘what would plastic smell like to a bird?’ And the answer was surprising and informative.”

(P9) These odor signals don’t operate in isolation. They work as part of a complex landscape of aromas, a “smellscape,” Dove explains. The next logical step in this research is to look at mixtures of odors that act as cues for food. Some smells block other signals. Some smells make other scents stronger. One important question is whether plastics trap smells important to other filter-feeding animals, such as baleen whales, manta rays and whale sharks, he says.

(P10) Sadly, it’s too late to do anything about the plastic that is already in the ocean. All people can do is prevent more plastic from getting in there, Dove says. “It’s going to take all of us governments, companies, conservation advocacy groups, and consumers; to get it done.”

★★★, Weekly_ArticleDecember 21, 2016
[Sports ★★★] (P1) Two former senior officials who have pleaded guilty to criminal corruption charges have been banned from football-related activity for life by Fifa. (P2) The sport’s governing body began its own investigation into Rafael Callejas and Alfredo Hawit …
END_OF_DOCUMENT_TOKEN_TO_BE_REPLACED 1

SHOULD RUSSIA LOSE THE WORLD CUP?

Weekly_ArticleMay 22, 2015
[SPORTS★★ – SHOULD RUSSIA LOSE THE WORLD CUP?] (P1) Zbigniew Boniek, the chairman of the Polish football association, has said Russia should be stripped of hosting the 2018 World Cup because of the conflict with Ukraine. (P2) “Hosting the World Cup in Russia is a disastrous …
END_OF_DOCUMENT_TOKEN_TO_BE_REPLACED 1

MOUSEMINGLE IS A DATING SITE FOR DISNEY FANS

Life, Weekly_ArticleDecember 6, 2015
[LIFE ★] MOUSEMINGLE IS A DATING SITE FOR DISNEY FANS (P1) If you dress like Disney princesses for Halloween and listen to the Frozen soundtrack on your COMMUTE to work, there’s now a site where you can meet LIKE-MINDED singles. MouseMingle, as its website describes, is …
END_OF_DOCUMENT_TOKEN_TO_BE_REPLACED 1

Entertainment, Weekly_ArticleApril 29, 2016
[Entertainment ★★★] (P1) The rockstar Prince has died at the age of 57. He passed away at his home in Minneapolis. Last week, his plane made an emergency landing to take him to the hospital. He had dehydration and the flu. …
END_OF_DOCUMENT_TOKEN_TO_BE_REPLACED