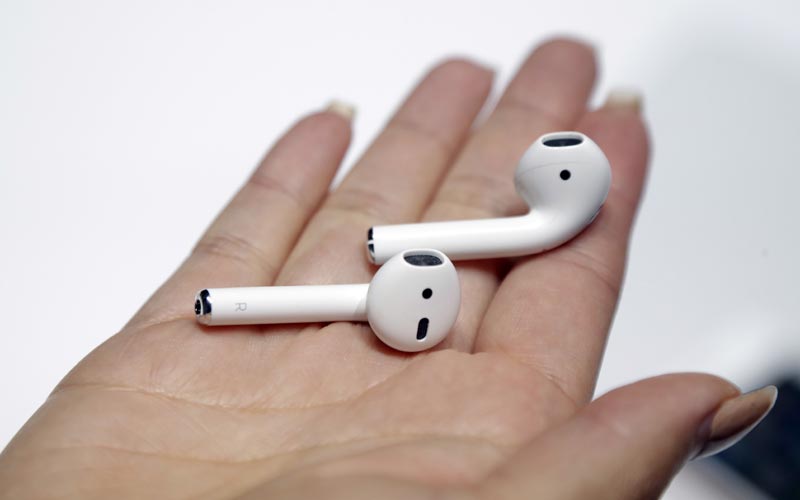 (P2) “We’re making them as fast as we can,” he added. Apple AirPods, which are a pair of totally wireless headphones, went on sale earlier this month and shipping started shortly after Christmas in the US and other countries.

(P3) Launched alongside the iPhone 7 and iPhone 7 Plus, AirPods were first unveiled in September. They were originally scheduled to hit the market in October and were priced Rs 15,400 in India. Apple, however, delayed the release saying they needed “a little more time”.

(P4) AirPods are Apple’s first wireless earbuds and they look similar to the company’s wired earphones. Powered by a new W1 chipset, AirPods have sensors that determine when the earpieces are in your ears. AirPods can wirelessly connect to the iPhone 7 and iPhone 7 Plus after Apple removed the headphone jack from its current flagships.

(P5) While the AirPods are now available for sale, some users have recently discovered battery-related issues with the charging cradle. The charging case comes with its own battery, and when you place the AirPods inside the case, they will be charged up. Apple claims the battery in the case should last 24 hours, but some users say they are not getting anywhere close to this number.

All Passengers Freed From Hijacked Plane

★★★, Weekly_ArticleJanuary 2, 2017
[World News ★★★] (P1) A hijacking drama unfolded on an airport tarmac in Malta Friday, but it ended without violence. It began when two hijackers commandeered an aircraft carrying 118 people in the skies over Libya and diverted it to …
END_OF_DOCUMENT_TOKEN_TO_BE_REPLACED 1

Science, Weekly_ArticleApril 29, 2016
[Science ★★] (P1) “In your estimation, what’s the probability of finding intelligent alien life in the next 20 years and why?” – “The probability is low. Probably.” (P2) Physicist Stephen Hawking announced plans to look for alien life. We know that there are …
END_OF_DOCUMENT_TOKEN_TO_BE_REPLACED

Weekly_ArticleNovember 8, 2016
[Animals ★★] (P1) In China, a man decided to get very close to a panda. While the panda was napping, he walked up to it to touch its head. This woke the panda up and agitated it. (P2) The panda, which weighs 112 …
END_OF_DOCUMENT_TOKEN_TO_BE_REPLACED 1