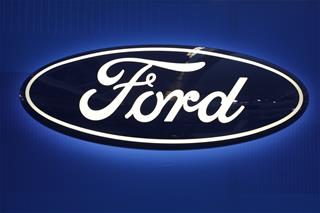 A gift from Ford for President-elect Donald Trump: The automaker on Tuesday announced that they will no longer construct a $1.6 billion plant in Mexico. Instead, they will create 700 new jobs in Michigan by way of a $700 million investment in the state. CEO Mark Fields made clear that “we didn’t cut a deal with Trump,” who had been highly critical of the planned Mexico move, though Fields did speak with him Tuesday morning. “We did it for our business.” With that said, he called it a “vote of confidence” in the pro-business America Trump has vowed to foster, reports CNN.

The Michigan money will be spent at its Flat Rock plant, where it will manufacture more electric and self-driving cars. The now canceled plant in Mexico was to be the site of Ford Focus production. The Focus will instead be made at Ford’s plant in Hermosillo, Mexico.

Language, Science, Weekly_ArticleJanuary 5, 2017
[Language & Science ★★] (P1) Language barriers are holding back science around the world. English is the language of science, but a third of research is not printed in English. Researchers from the University of Cambridge said scientists miss a …
END_OF_DOCUMENT_TOKEN_TO_BE_REPLACED 1

THE UNKNOWN PYRAMIDS OF SUDAN

Weekly_ArticleJanuary 23, 2016
[TRAVEL ★★★] THE UNKNOWN PYRAMIDS OF SUDAN (P1) We had been LURED to Sudan by a friend who had spent three years teaching English in a school in Khartoum. He told many FASCINATING ANECDOTES about exploring ancient Nubia, cooking over CAMPFIRES …
END_OF_DOCUMENT_TOKEN_TO_BE_REPLACED 1

Technology, Weekly_ArticleNovember 11, 2014
Amazon released another “intelligent personal assistant” last week. The gadget itself is interesting, but it’s getting more attention for its ‘cheesy advertisement’. Is it really that bad??? Read the article (alone or with a tutor) and watch the video. See if you …
END_OF_DOCUMENT_TOKEN_TO_BE_REPLACED