IBM Working on Bot to Help Elderly Age at Home 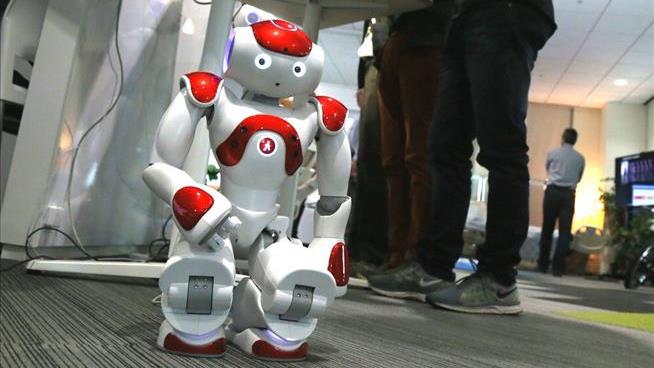 (P1) Assisted living facilities and personal nurses aren’t exactly cheap. And as the Baby Boomer generation ages, finding an affordable means of helping people age in the comfort of their own home could be good not just for seniors, but for their wallets, too. So IBM is working on a prototype bot that could become what Consumerist describes as a “robotic roommate.” Built with sensors that can detect anything from a change in motion to sounds and scents, the so-called IBM Multi-Purpose Eldercare Robot Assistant (MERA) could help track whether stove burners are on or the person has fallen. IBM has been developing the sensors alongside Rice University out of its Aging in Place lab in Austin, Texas, reports Business Insider.

(P2) While a senior technologist says there’s a lot of work ahead before the robot will be brought to market, including sorting out how to customize a bot’s knowledge of a person’s home environment, health issues, and more, “in the near-term, it would be more of the ambient sensors in the home starting to gather all of this data.” The prototype is already capable of reading facial expressions, capturing vital signs, and recognizing speech. Obvious markets include the US, which is home to more 100-year-olds (75,000) than any other country, and Japan, which is a third the size of the US but has 65,000 people over 100 and, as Business Insider reported earlier this fall, has broken its own record of most centenarians per capita for 46 years in a row.

Culture, Weekly_ArticleJanuary 5, 2017
[Culture ★★] (P1) Chinese New Year is a very special time for many people. It is also called Spring Festival. The Chinese New Year always happens after January 1. This is because the Chinese used a different calendar long ago. As a …
END_OF_DOCUMENT_TOKEN_TO_BE_REPLACED 2

THE WORLD’S LARGEST DIGITAL CAMERA IS BEING BUILT IN CHILE

Technology, Weekly_ArticleOctober 4, 2015
[TECHNOLOGY ★★] THE WORLD’S LARGEST DIGITAL CAMERA IS BEING BUILT IN CHILE (P1) There is currently a GIGANTIC camera being built in the mountains of Chile, in the foothills of the Andes, that will be like nothing we’ve ever seen before. …
END_OF_DOCUMENT_TOKEN_TO_BE_REPLACED 1

Weekly_ArticleDecember 20, 2015
[TRAVEL ★] UNITED STATES AND CUBA TO RESUME REGULAR COMMERCIAL FLIGHTS (P1) The US and Cuba have reached an understanding on RESUMING regular commercial flights between the two countries. (P2) Unnamed officials in Cuba and the US said an announcement was …
END_OF_DOCUMENT_TOKEN_TO_BE_REPLACED 1

Science, Weekly_ArticleAugust 23, 2016
[Science ★★★] (P1) A biodegradable film made of milk protein has been invented, according to the U.S. Department of Agriculture (USDA) on Aug. 21. (P2) The film is a mixture of a milk protein called casein and citrus pectin. Pectin …
END_OF_DOCUMENT_TOKEN_TO_BE_REPLACED 1