Did you know that watching comedy specials could actually be a fun way to improve your English? Watching stand-up comedy is one of the most fun activities you can do to improve your comprehension of spoken English and your language skills overall.

Stand-up consists of a comedian talking about his life or communicating his observations to an audience on stage in a humorous way. The comedian talks in an informal manner about everyday occurrences we might all have found ourselves in at one time or another. Netflix, the streaming service that allows its members to watch movies and TV shows free of commercials, has been making quite a name for itself lately with its diverse lineup of stand-up comedy specials.

Watching legendary comedians on stage will give you a chance to familiarize yourself with everyday English and improve your vocabulary, furthering your language skills overall. Being able to appreciate jokes told in English signifies that you understand the culture and values surrounding the language.

So aside from refining your language skills, by watching comedy you’ll also get a chance to discover English-speaking countries’ cultures and sense of humour or. The experience is sure to be both entertaining and educational.

We’ve put together a list of the five funniest stand-up specials for you to watch on Netflix to improve your English.

1. Trevor Noah: Afraid of the Dark

One of the first names that come to mind when we think of stand-up these days is South African comedian Trevor Noah. He made quite a splash with his Netflix special Afraid of the Dark, which became one of the most watched releases on the streaming platform. The famous comedian whose long list of credentials include television presenter, producer, writer, political commentator, and actor delivers a delightfully entertaining performance that is sure not to disappoint. Trevor Noah has the audience rolling in the aisles with his impressions of foreign accents, the comparisons he draws between Americans and Africans, and his quick-witted one-liners. Did we mention that the talented comedian is also the host of The Daily Show and knows eight languages? Don’t forget to check out this one-hour special where Trevor Noah uses his knack for doing impressions and his flair for the comical to address issues like racism.

2. Dave Chappelle: The Age of Spin / Deep in the Heart of Texas 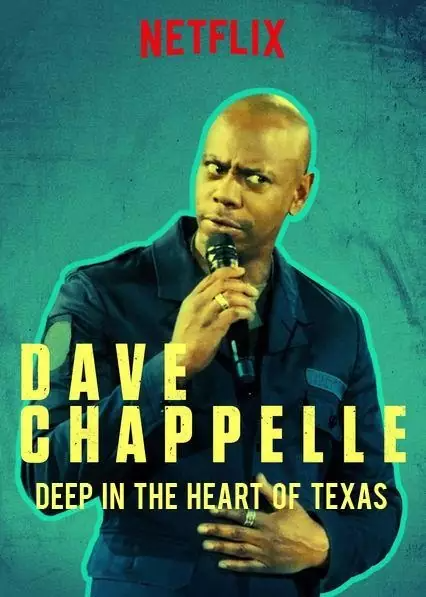 American comedy legend Dave Chappelle has six Netflix stand-up specials. The first of these is The Age of Spin: Dave Chappelle Live at The Hollywood Palladium, the comic’s first show after a 10-year hiatus which rivets the audience with monologues about race, technology, OJ Simpson and stories from Chappelle’s own life. And then there’s Deep in the Heart of Texas: Dave Chappelle Live at Austin City Limits, a one-hour special during which Chappelle discusses everything from celebrity scandals to racially charged altercations. You’ll love this revered comic’s witty observations, candid storytelling, and hilarious self-criticism.

John Mulaney, who has become hugely popular in recent years for his unique comedic timing and stand-up style receives two thumbs up for his Netflix special Kid Gorgeous at Radio City in which he recounts stories from his childhood. Don’t miss the chance to watch the comedian discuss his distinctive take on college education and getting older in this show. Known as the “Tall Child” of the comedy world, John Mulaney is famous for his impromptu rapid-fire comebacks. If you’re looking to watch a stand-up show that’s out of the ordinary, John Mulaney’s special is the way to go.

Taylor Tomlinson talks being halfway through her twenties, life choices, and the lessons she’s learned along the way in her one-hour stand-up special Quarter-Life Crisis. Get ready to watch Taylor make a case for why your 20s aren’t actually the best years of your life as everybody claims and discuss her goals for the time ahead. With over 10 years of stand-up comedy under her belt, Taylor Tomlinson hits the nail right on the head with her candid special that manages to put a smile on viewers’ faces.

The comedian who’s made a name for herself with her talk show has been garnering a lot of interest lately with her Netflix stand-up special Relatable. In this stand-up show that’s already amongst the streaming site’s popular releases, Ellen discusses her rise to fame and the lessons she’s learned over the course of her life. In the 68-minute first part of this two-part special, Ellen relays stories from her life. In part two, she answers questions from the audience for 10 minutes, touching on themes such as personal development, the power of doing good, and the weird nature of dreams. This show is a crowd-pleaser that captures audiences’ attention with its intelligence and sincerity.

You can watch countless English-language movies and TV shows in great quality and without commercials on Netflix to improve your language skills while being entertained. By watching stand-up comedy in English, you can familiarize yourself with different accents and expressions, and heighten your artistic awareness. But this might not be enough to help you learn English to the fullest extent. The only way to really learn another language is to speak it regularly. Cambly can help you learn grammar step by step, grow your vocabulary and improve your English.

With Cambly, you can schedule online classes with tutors who are native English speakers on a day and time of your choosing. Book a one-on-one online lesson now and start speaking English with a tutor from the comfort of your own home.

Now is the time to invest in your future! All you have to do is download the app to discover all that Cambly has to offer. Don’t wait, use Cambly to your advantage today! Click on this link to give it a try!

CamblyCambly Kids, Learning EnglishMarch 31, 2022
Developing the ability to express ourselves in another language at a young age is something that makes us self-assured individuals …
END_OF_DOCUMENT_TOKEN_TO_BE_REPLACED 1

CamblyCambly Kids, Learning EnglishMay 5, 2022
Children feel safest when they’re at home. The home is where they grow up and learn how to do things …
END_OF_DOCUMENT_TOKEN_TO_BE_REPLACED

CamblyGrammar, Learning EnglishFebruary 23, 2022
The process of learning English as a Foreign Language (EFL) is often divided into levels or grades. For example, many …
END_OF_DOCUMENT_TOKEN_TO_BE_REPLACED

Relevance of English to Your Career: 15 Important Facts

CamblyBusiness English, Learning EnglishJune 9, 2022
Regardless of where in the world you’re located, you’ll always hear people speaking English in business settings. It is clear …
END_OF_DOCUMENT_TOKEN_TO_BE_REPLACED