When was the last time you and your family brought out the popcorn and had a movie night? We at Cambly know how important it is to spend quality time with family every once in a while. That’s why we put together a list of seven animated movies in English you can watch with your kids to help improve their language skills.

Just because they’re animated movies doesn’t mean they’re not fun for adults, too. It might surprise you how much their compelling storylines have to teach you about English and life in general. 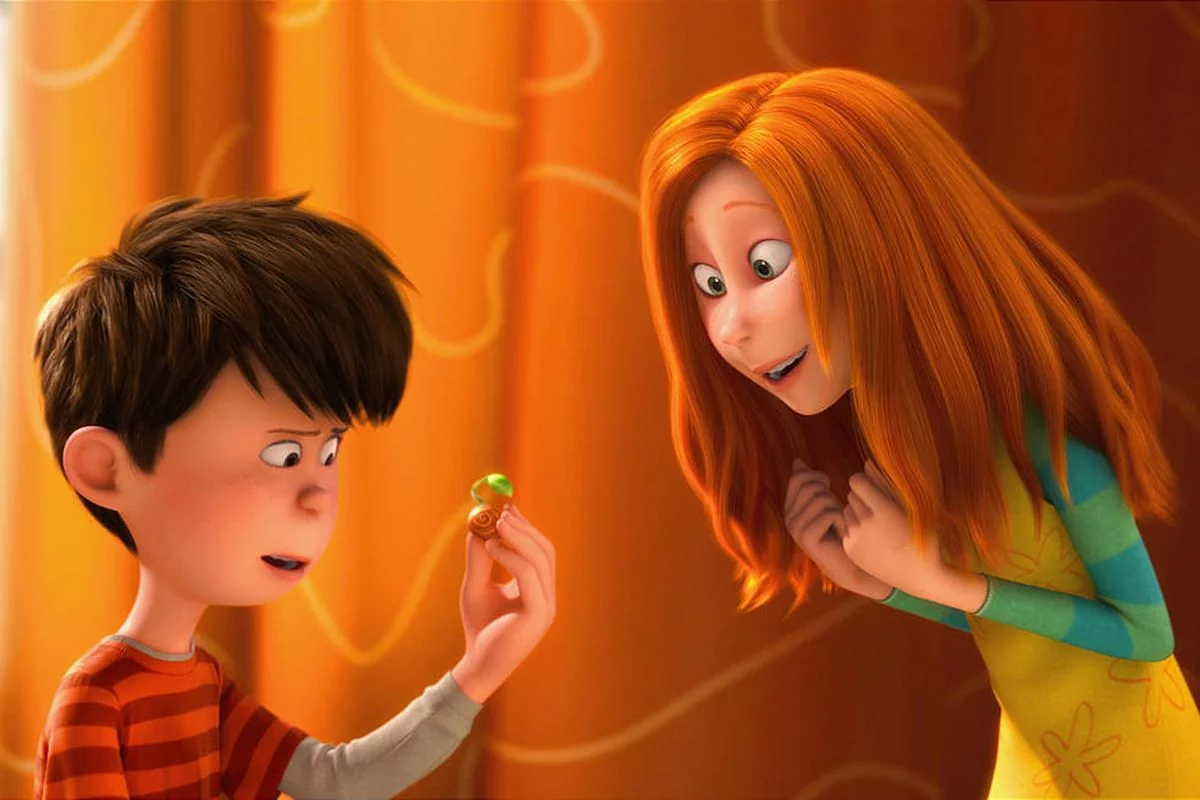 “What I want more than anything in the whole world is to see a real living tree, growing in my backyard.” – Audrey

Imagine a world where trees are a thing of the past, legendary creatures you only hear about in ancient stories passed on through generations. The movie adaptation of the Dr. Seuss book by the same name is set in just such a place. Ted, the main character of the story, is a curious boy who decides to go on a quest to find out what drove the trees to extinction to impress Audrey, his love interest. His mission proves to be full of obstacles he must overcome. Along the way, he encounters the Lorax, a mysterious creature with orange fur and a large moustache who talks in rhymes. The Lorax had witnessed the last tree being cut down and can tell Ted how they were destroyed. The only problem is, he’s a mean old grouch. As the Lorax narrates the story of how people abused their relationship with nature, we’re encouraged to reflect on themes such as friendship, trust, greed, and technology’s impact on the world around us. 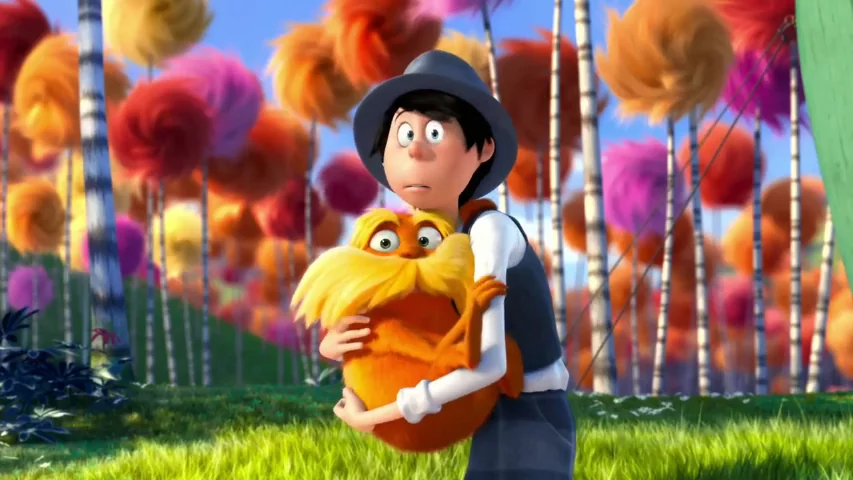 Released in 2012, this animated movie is a fun watch that can lead to some great discussions on environmental consciousness with your child. If your child is at a preschool age, we should mention that the movie contains a couple of scenes that involve light profanity and slapstick humour. 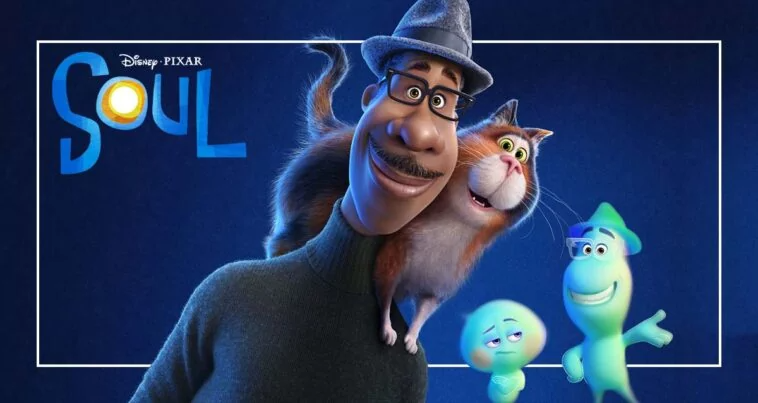 “Life is full of possibilities. You just need to know where to look. Don’t miss out on the joys of life.” – Joe

If you’re a fan of Pixar films, you should definitely check out Soul. This animated movie will warm your heart and inspire you to contemplate life in a whole new way. The movie’s main character Joe is a talented musician who works as a teacher. His biggest dream is to play professionally at jazz clubs one day. Just as Joe’s dreams are about to come true, he gets into an accident and finds himself in a place called “the Great Before”, where unborn souls are being prepared for life on earth. Joe is tasked with helping a mischievous soul called 22 find her passion. But this mission won’t be as easy as it looks. After watching the fun misadventures of Joe and 22, you can have a great discussion with your child about which aspects of life shape us and bring us joy.

Soul won Best Animated Feature at the Oscars in 2021. Aside from its captivating storyline, it has amazing visuals and a great musical score that will glue you to the screen. If you haven’t watched this masterpiece yet, we recommend you put it on your to-do list. Bear in mind that because the film treats subjects such as life, death, and the afterlife, it might not be suitable for young children.

“People keep saying he’s not really gone, as long as we remember him. But it still hurts.” – Hiro

Big Hero 6 is a superhero movie with unusual twists and turns that follows one little boy’s passion for robotics, exploring themes like family ties and friendship along the way. Like his engineer brother Tadashi, Hiro has a talent for technology and invention. After losing his brother, Hiro sets out to defeat a masked man with an army of microbots to avenge him. To do so, he forms a superhero team and enlists the help of his trusted sidekick, the funny robot Baymax. If you’re a family that loves action movies, don’t miss out on this twist on the superhero genre.

The storyline is moving but also filled with amusing moments. The film is suitable for all children at an elementary school age and above.

Cambly Kids offers children private online English lessons with teachers who are native speakers of the language. Click on this link to find out more! 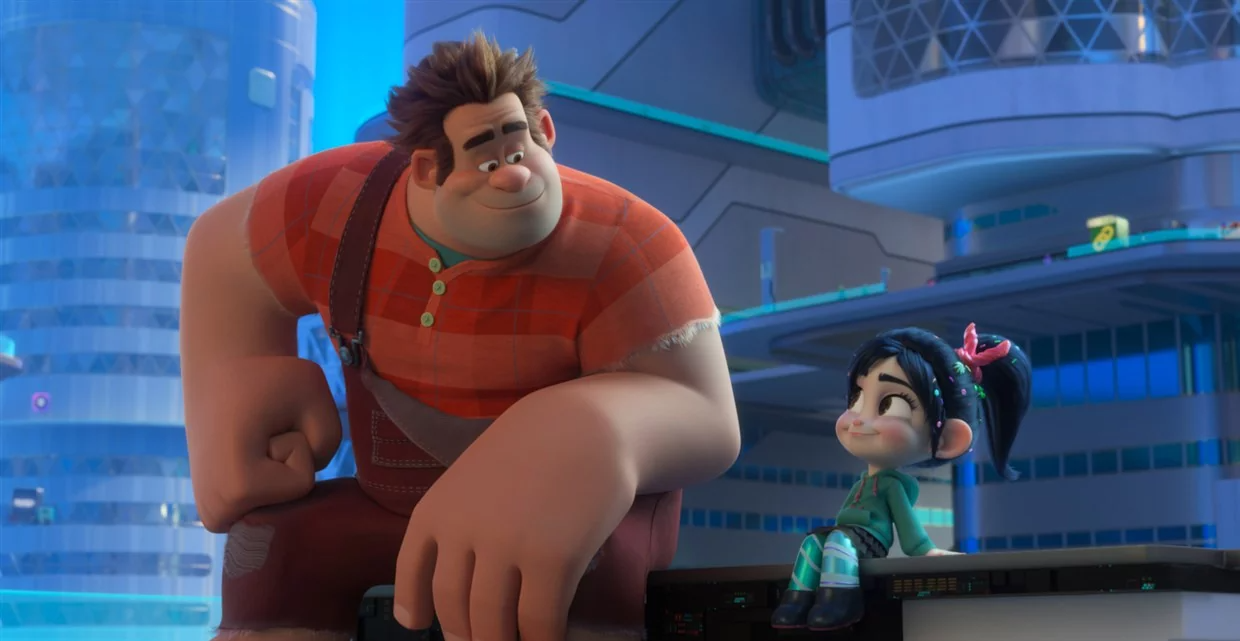 Have you ever wondered what computer game characters do after you log out of the game? Wreck-It Ralph is a movie that depicts one possible answer to this interesting question. The animated film’s protagonist Ralph is a game character who’s only good for one thing: Demolishing everything in his path. Ralph feels unappreciated as the bad guy character and decides to embark on a journey to fulfil his dream of becoming a hero. Along the way, he meets another game character, a little girl called Vanellope von Schweetz who is forbidden to take part in the racing game she was created for due to a glitch in her code. As the two travel from game to game experiencing growing pains and trying to discover who they are, we witness them forming a beautiful friendship.

We think this movie will especially appeal to those of you who spent your adolescence playing games at video arcades. Watching this movie as a family could be a powerful way for you to connect with your children who are of a generation that plays games more than ever before. And for those of you who end up liking the film, you’ll be glad to know that there’s a sequel. 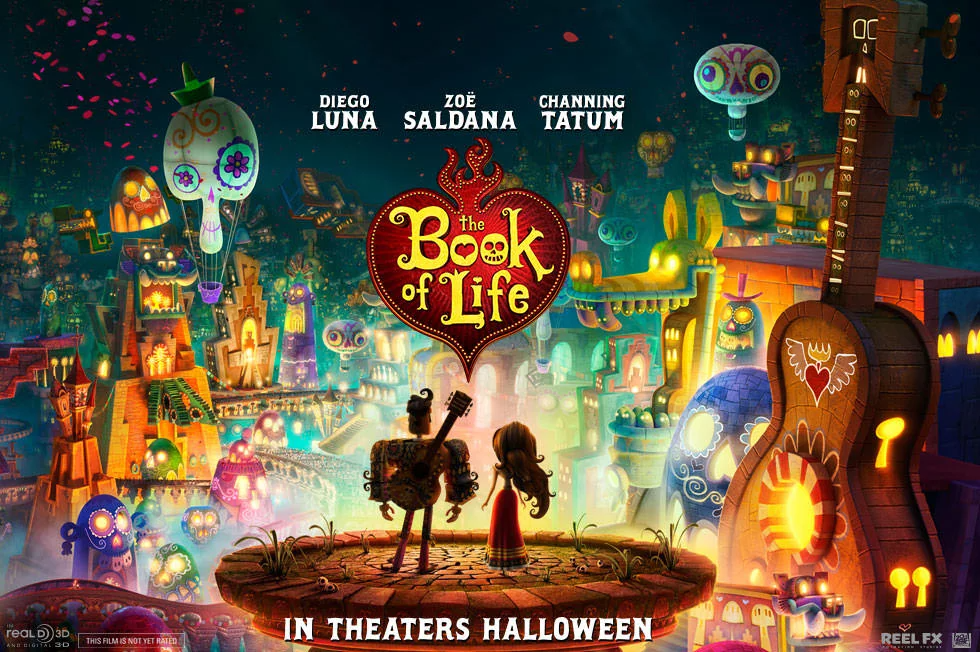 “All the world is made of stories and all of those stories are right here in the Book of Life.” – Mary Beth

Like the Disney-produced Coco that came after it, The Book of Life is an animated movie that centers around the traditional Day of the Dead celebrations in Mexico. The movie begins with a group of young students encountering the Book of Life at a field trip and listening to the tour guide recount a story about family and love from its pages that the magical book chooses for them. The story follows the exciting adventures of a young man named Manolo who is caught between his family’s wishes and his own desires and goes on a journey to the afterlife to meet his ancestors on the Day of the Dead.

The film is a true visual feast that explores themes such as family values, life and death, true love, friendship, and sacrifice. It’s important to note that some of its scenes might be too scary for young children. Bear in mind also that the film’s characters speak English with a Mexican accent. 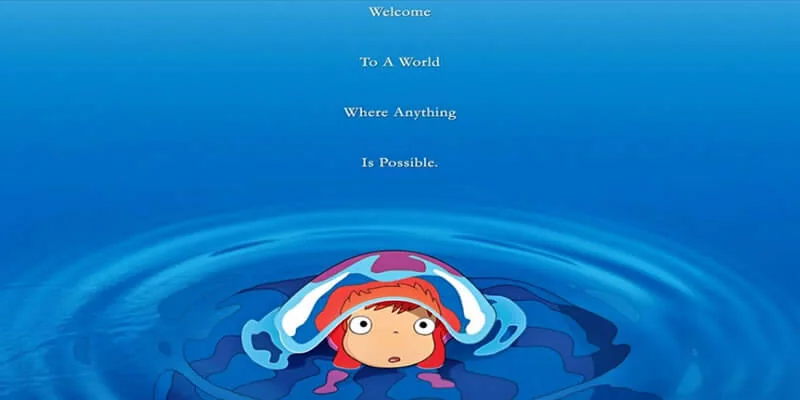 Ponyo Ponyo Ponyo fishy in the sea / Tiny little fishy, who could you really be? – From the movie’s score

Although it’s difficult to pick a favorite when it comes to Hayao Miyazaki’s films, we believe the animated movie Ponyo will appeal to kids of all ages. Disney released an English version of this Japanese film for international viewers.

The story centers around the friendship between Ponyo, a sea creature with magical powers, and Sosuke, the son of a sailor who lives with his mother. The two embark on an adventure to save the world and fulfill Ponyo’s dream of becoming human. Think of this movie as a sophisticated take on The Little Mermaid. We’re certain that you’ll want to watch this heartwarming movie over and over again.

7. Kubo and the Two Strings 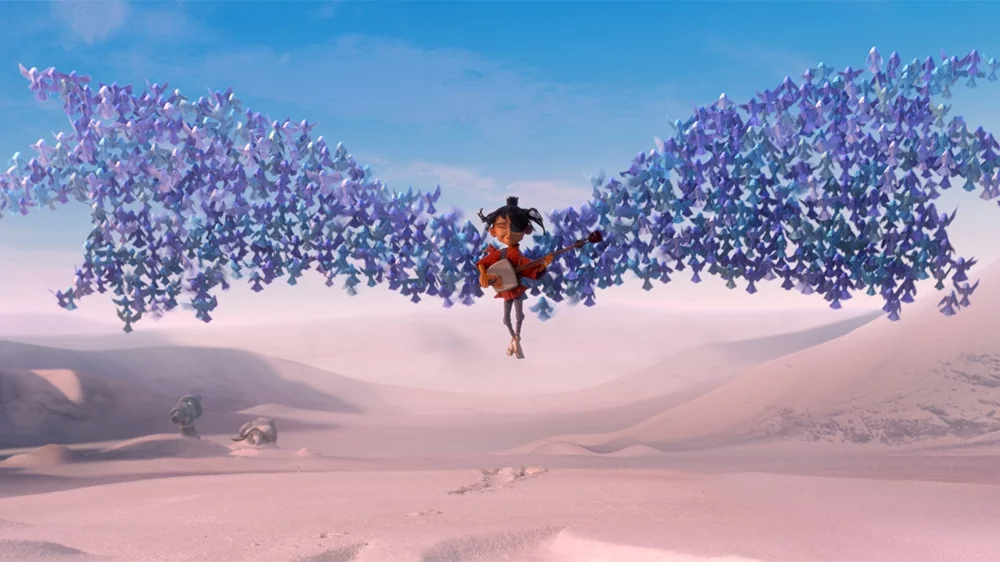 “It makes us stronger than you’ll ever be. These are the memories of those we have loved and lost. And if we hold their stories, deep in our hearts… then you will never take them away from us.” – Kubo

Kubo is a young boy who brings stories to life with his magical music. The peaceful life he leads in his village is disrupted when his beloved mother dies. Thereafter, he sets out on a magical journey to uncover the truth about himself and his family. The movie emphasizes that remembering our loved ones and keeping their stories alive help us discover who we really are. We’re sure that you’ll love watching this adventure-packed film with meaningful messages.

The animation uses stop-motion technique to demonstrate the epic nature of the storyline, so you can be sure that the visuals are stunning. We should point out that the scenes involving the villains of the film could be too scary for young children. Nevertheless, the film has a lot of humorous wordplay that keeps the overall mood light.

Watching animated movies in English is a great way for you to introduce more of the language into your children’s lives. The dialogue of these films is suitable for children and packed with everyday expressions that can improve their English vocabulary. If you notice that your child has trouble understanding the films in English, you might want to consider subscribing to Cambly Kids.

With Cambly Kids, you can choose from a wide selection of tutors who speak English in a variety of accents and create a lesson plan that’s compatible with your child’s language competency. Over time, not only will your child learn English grammar, but they will start speaking English with more confidence.

Whether your child is a beginner-level speaker or more advanced, you can find courses that are suitable for them on our Cambly Kids page.

CamblyCambly Kids, Learning EnglishApril 5, 2022
Fairy tales not only stimulate kids’ imaginations, but they also teach them moral values and how to deal with tough …
END_OF_DOCUMENT_TOKEN_TO_BE_REPLACED

IELTS Preparation: How to Be Confident While Speaking English

CamblyIELTS, Learning EnglishMarch 24, 2022
If you have experience preparing for an international promotion, studying abroad or moving to a new country, you know how …
END_OF_DOCUMENT_TOKEN_TO_BE_REPLACED

CamblyCambly Kids, Learning EnglishMarch 31, 2022
Developing the ability to express ourselves in another language at a young age is something that makes us self-assured individuals …
END_OF_DOCUMENT_TOKEN_TO_BE_REPLACED 1

Business English for Executives: Why Is It So Important?

CamblyBusiness English, Learning EnglishDecember 12, 2022
Many professionals from all over the world are still struggling to learn English. Many job positions remain open, waiting for …
END_OF_DOCUMENT_TOKEN_TO_BE_REPLACED