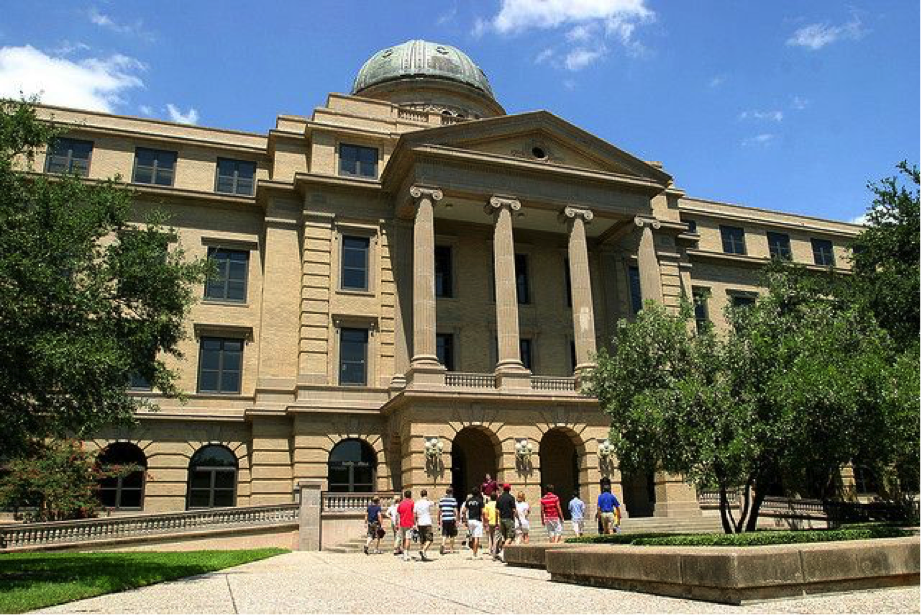 (P1) Texas A&M-Galveston Prof. Irwin Horwitz has shaped many young minds in his 20 years of teaching at the university level.

(P2) But this semester Professor Horwitz found himself doing something he has never done in his two decades in higher education: Failing his entire Strategic Management class, according to KPRC-TV Channel 2 in Houston.

(P3) Horwitz cited students’ incompetency as young adults getting ready to enter the real world in his email to the class where he announced that everyone would be receiving a failing grade.

(P4) “It became apparent that they couldn’t do some of the most simple and basic things they should have been able to do,” Horwitz told KPRC. “I was dealing with cheating, dealing with individuals swearing at me both in and out of class, it got to the point that the school had to put security guards at that class and another class.”

(P5) But the university has not backed up Horwitz. Vice President of Academic Affairs Patrick Louchouarn made it clear that as much as the administration respects Horwitz, the professor did not have the authority to assign failing grades while the semester was still in session. The department head will take over the class until the end of the semester.

(P6) “None of them have failed until the end of the class, meaning the only reason a student would fail is because he or she has not performed the expectations for that particular class,” Dr. Louchouran told KPRC.

(P7) Horwitz’s students did not take the message from their former professor lightly.”Just ridiculous, I had never had a problem in the class,” senior John Shaw told KPRC. “I thought I had done pretty well, on the first test and then I get an email saying I am going to get an F in the class, it was overwhelming.”

(P8) This episode may reflect the struggle some college-bound millennials face.

(P9) As states have dragged their heels in rolling out new education standards known as the Common Core, some millennials have arrived on college campuses lacking the ability to engage in close reading, critical thinking, and deconstructing of math problems.

(P11) According to Professor Horwitz, his students’ lack of maturity and disregard for authority were an indication they were not ready to enter the workforce, and there is some research to suggest that may be a problem among millennials generally.

(P12) A survey of business people, corporate recruiters, and academics conducted by Bentley University titled “Millennials in the workplace,” revealed that nearly two-thirds people in these positions thought that job preparedness among millennials was a problem. They held the opinion that millennials should receive a “C” or worse on their preparation for their first job.

WHY GOOGLE+ FAILED, ACCORDING TO GOOGLE INSIDERS

Technology, Weekly_ArticleMay 14, 2015
[TECHNOLOGY★★] WHY GOOGLE+ FAILED, ACCORDING TO GOOGLE INSIDERS (P1) Last month, Google announced that it’s changing its strategy with Google+. (P2) It is giving up on promoting Google+ as a social network aimed at competing with Facebook. Instead, Google+ will become two …
END_OF_DOCUMENT_TOKEN_TO_BE_REPLACED 2

WHO ABANDONED THESE THREE JET AIRPLANES?

Weekly_ArticleDecember 13, 2015
[TRAVEL ★] WHO ABANDONED THESE THREE JET AIRPLANES? (P1) Don’t you hate it when you forget where you left your Boeing jet? (P2) Someone ABANDONED not one, not two, but three of the MASSIVE CARGO jets at the Kuala Lumpur International …
END_OF_DOCUMENT_TOKEN_TO_BE_REPLACED 1

What’s the worst place to take a tourist in your current city?