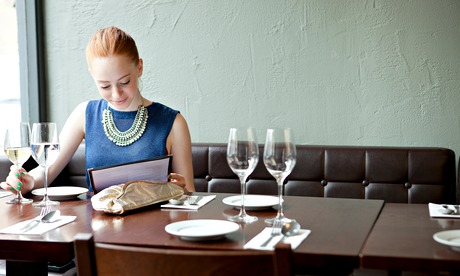 (P1) How many times have you wanted to see a BUZZED-ABOUT film or CHECK OUT a new restaurant or go to a concert, but you couldn’t find someone to go with? Chances are, you stayed home.

(P2) If you did, you wouldn’t be unusual. We conducted five studies in 2013 and 2014 to test when and why people did and didn’t do things alone. We confirmed our HYPOTHESIS: People are likely to SKIP many experiences if they don’t have companions. This was true for men and women, across age groups, in relationships and single, and of many different PERSONALITY TYPES.

(P3) First we SURVEYED 96 Americans, ages 18 to 67, asking them how much they imagined they would enjoy certain activities, either alone, with SIGNIFICANT OTHERS or friends — dinner, taking a walk, going to a movie — and how LIKELY they’d be to do them.

(P4) We were curious: Was the AVOIDANCE of SOLO fun an American PHENOMENON, related to our NOTORIOUSLY individualistic culture? What would be the response in more COLLECTIVIST societies? To find out, we did separate online surveys of South Asians and Chinese respondents. Like Americans, they too were uncomfortable at the prospect of doing fun things alone.

(P5) But were all these people’s INHIBITIONS rational? Was going out alone really less fun? To test whether those predictions matched reality, we asked people who were alone or in pairs on an American college campus how interested they’d be in STROLLING through a nearby art exhibition. Again, the SINGLETONS weren’t very enthusiastic. But when both groups — singletons and pairs — actually went to the exhibition, we surveyed them afterward, and it TURNED OUT that everyone enjoyed themselves equally.

(P6) The work of sociologists and psychologists suggests that a DISINCLINATION to seek out solo fun has RAMIFICATIONS for PUBLIC HEALTH and our economy. More and more of us are on our own: Americans marry later and divorce more often; the census shows an increase in single-person households to nearly 28% in 2013 from 5% in the 1920s. Our social networks are smaller; researchers have found that we report having fewer close friends than earlier generations, and the number of people we do things with during our LEISURE TIME is even lower than the number we count as friends.

(P7) From a public health STANDPOINT, such statistics predict an EPIDEMIC of people avoiding good times that could ENHANCE their well-being. From an economic standpoint, solo customers appear to be a significant lost market for all kinds of businesses and organizations.

(P8) There are ways to fight the human TENDENCY to HUNKER DOWN alone with Netflix. In coffee shops or restaurants, if there is reading material available, singletons are more likely to be comfortable on their own. Reading, our RESPONDENTS said, turns getting a coffee into the kind of useful activity that doesn’t carry the STIGMA of solo fun. And if a restaurant or a museum has slow days or hours, a consumer considering a solo OUTING might like to know about it: They would rather be alone in places where there are fewer witnesses.

(P9) But our research indicates there are also ways to encourage people to EMBRACE SOLITARY experiences. Marketers should stress the provable pleasures of solitary cultural CONSUMPTION. And they can point out that what begins as a solitary activity may not end that way.

(P10) After all, staying home so that people won’t think you’re friendless only EXACERBATES a lack of friends. Restaurants could AMELIORATE the problems associated with eating alone by installing COMMUNAL tables. Theaters and museums could SPONSOR informal discussions or tours that emphasize INTERACTIVITY and create companions out of strangers.

(P11) We know going out alone isn’t easy; our own HESITATION to go out alone got us started on this research. But we also know that having fun on your own isn’t an ANOMALY — it’s an UNDERAPPRECIATED source of happiness. Shed the chains SOCIAL INHIBITION. Make a RESERVATION today, for one.

Weekly_ArticleNovember 1, 2015
[ENVIRONMENT ★] CROCODILE GRABS AND KILLS MAN IN FISHING BOAT (P1) The death of a man who was SNATCHED from his fishing boat by a CROCODILE in Kakadu, Australia, is a warning for other ANGLERS, according to an INQUEST. (P2) Bill …
END_OF_DOCUMENT_TOKEN_TO_BE_REPLACED 1

Weekly_ArticleMay 7, 2016
[Travel News ★★★] (P1) Singapore is the world’s most expensive city – for the second time in a row. The British magazine The Economist compared over 130 of the world’s major cities. Paris, Oslo, and Zurich follow the Southeast Asian metropolis as the most expensive cities in the world. (P2) …
END_OF_DOCUMENT_TOKEN_TO_BE_REPLACED